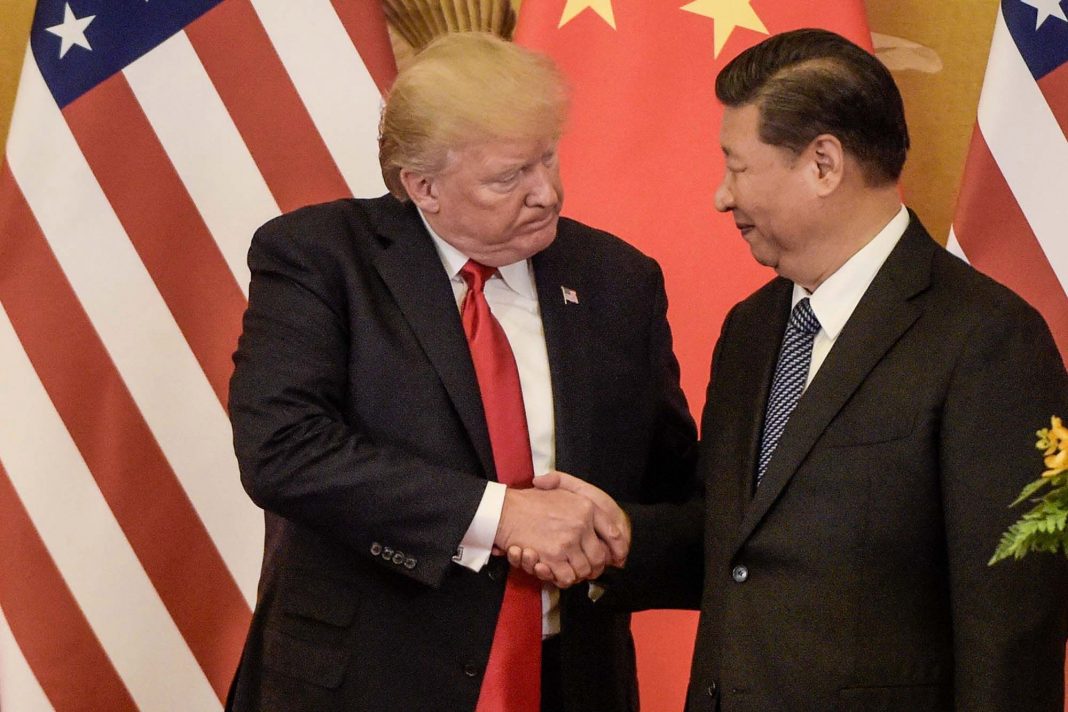 As the world changes during the virus pandemic, enemies of the US are looking to create their own future away from America’s dominance.

As Mark Zuckerberg sat in Congress attempting to defend his companies proposed Libra cryptocurrency last year, the Facebook CEO looked to warn US lawmakers of what a lack of innovation in this field would mean: “China is moving quickly to launch a similar idea in the coming months,” he said, “We can’t sit here and assume that because America is today the leader that it will always get to be the leader if we don’t innovate.”

Zuckerberg was definitely right about one thing, China through the People’s Bank of China is moving rapidly in its development of a central bank digital currency (CBDC). The second-largest economy has not let Coronavirus concerns stop them and is testing the token across four cities currently.

The currency, which is also referred to as a digital currency electronic payment (DCEP), has approval from the top as President Xi Jinping put his backing behind the development. In October 2019, Xi told party members they needed to “embrace digital finance” and blockchain in order to get an “edge over other major countries.” Beijing clearly sees an opportunity.

In contrast, US President Donald Trump has already tweeted that he “is not a fan” of digital currencies, after having to make comments on Facebook’s Libra token in July 2019. More recently, there have been some tentative Democrat-led plans for US digital dollar research, but little chance of it being progressed in the near future. The congressional hearing where Zuckerberg gave his prophetic speech heavily damaged the course of Libra’s development as numerous major backers began distancing themselves from the project. Analysts believe it may be some time before a western digital currency can emerge through the red tape of US financial authorities and lawmakers.

Unchained from bureaucratic and legislative constraints, China’s gap between the US in the digital financial field is growing but should we, like Zuckerberg, be worried about the implications of this and does it put the unipolar status of the US at risk? Absolutely.

This is because digital currencies threaten a key structure holding up American power- economics. Since the dollar became the currency reserve of the world in 1945, the greenback has dominated international trade and anchored 70% of the world’s economy. With this dominance, the US has been able to wield sanctions on adversaries like China with a large degree of success.

China, seeing the importance of the dollar has begun trying to slowly undermine it. This tactic was evident when eight-member countries of the Shanghai Cooperation Organization (SCO), including China, India, Russia, Pakistan, Kyrgyzstan, Russia, Tajikistan and Uzbekistan decided they would trade in local/national currencies instead of the dollar at a meeting in Moscow on March 18th.

Yet, it is cryptocurrencies where China and their allies believe the balance of power can finally be weighted in their favour. “A sovereign digital currency provides a functional alternative to the dollar settlement system”, a ChinaDaily report noted, illustrating clearly the theory behind the DCEP creation.

Initial reports on the “Digital Yuan” have suggested that the currency could be global in its outlook and will be rolled out to some of the 70 countries part of the controversial Belt and Road initiative.

China, the world’s largest exporter, wouldn’t have a problem of finding trading partners for digital currencies too. Allies Iran (Peyman) and Venzuala (Petro) have both launched their own cryptocurrencies. Nations like Russia, North Korea and Cuba also make up an ever-growing list of pro-Beijing states turning to cryptocurrencies. In fact, many nations have voiced their research plans following the Coronavirus and DCEP revelations as banks look to CBDCs.

The basis for an emerging Chinese led financial order is there. Zuckerberg is right, the US must innovate in time to compete in the post dollar world. Much like the Coronavirus, failure to respond quickly may have implications for the future.