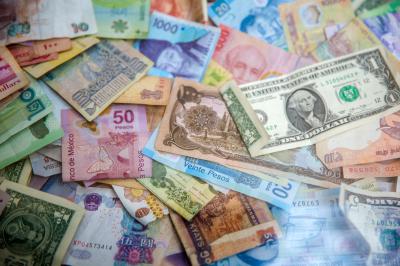 Since China’s launch of its digital currency electronic payment (DCEP), the worldwide interest in central bank digital currencies (CBDC) has increased. From governments like Japan quickening their research plans to journalists heralding it an important moment which could threaten the US’ financial dominance.

Yet, what many commentators from around the world have overlooked is the perfect timing of the DCEP release. This is because the coronavirus pandemic which has brought much of the world to a standstill has been a PR disaster for cash.

Cash is not hygienic

As the world becomes more conscience of personal hygiene, fewer people have been using cash. Although research on cash’s influence on Coronavirus spread, that has not stopped a fall in its use. Fears of germs on cash have prompted some stores to stop accepting cash payments. While social distancing measures have often made cash obsolete.

Cash and ATM usage dropped by 50% in the UK according to statistics released and it would be fair to say this has been a trend across the globe. Paypal reported that they had their largest-ever day of transactions on May 1st.

In the Philippines, local sari-sari stores which process digital payments are seeing an uptick in customers. According to the South China Morning Post, the almost 50,000 sari-sari stores, which usually have other household items on sale, have been boosted by partnerships with Posible, a local firm, and True Money, based in Thailand.

These sari-sari stores could well offer a possible P2P trading platform for future cryptocurrency adoption. Examples of similar shops have been seen in Iran, Afghanistan and Palestine, where they accept Bitcoin and possibly CBDCs in the future.

“The slow rise of digital currency has been given a gigantic boost by the pandemic,” former Trump advisor Gary Cohn said in an opinion piece for the Financial Times last month. However, it is not just a worried public that is pushing an agenda against cash.

Invest in Bitcoin, not Cash

Legendary investor and hedge fund manager Phil Tudor Jones took the biggest swipe at the cash system this past week, calling it a dying asset and that he would advise in Bitcoin investment instead. In his investor letter titled The Great Monetary Inflation, he said cash will see huge rises in inflation due to central bank printing. Bitcoin would be his preferred investment as “The best profit-maximizing strategy is to own the fastest horse”.

Overall, it would appear that cash is being increasingly seen as archaic in these times. Speed of printing and transferring as well as cost issues have all been factors leading to central banks research, but soon it could be the public that force national bank’s hands.