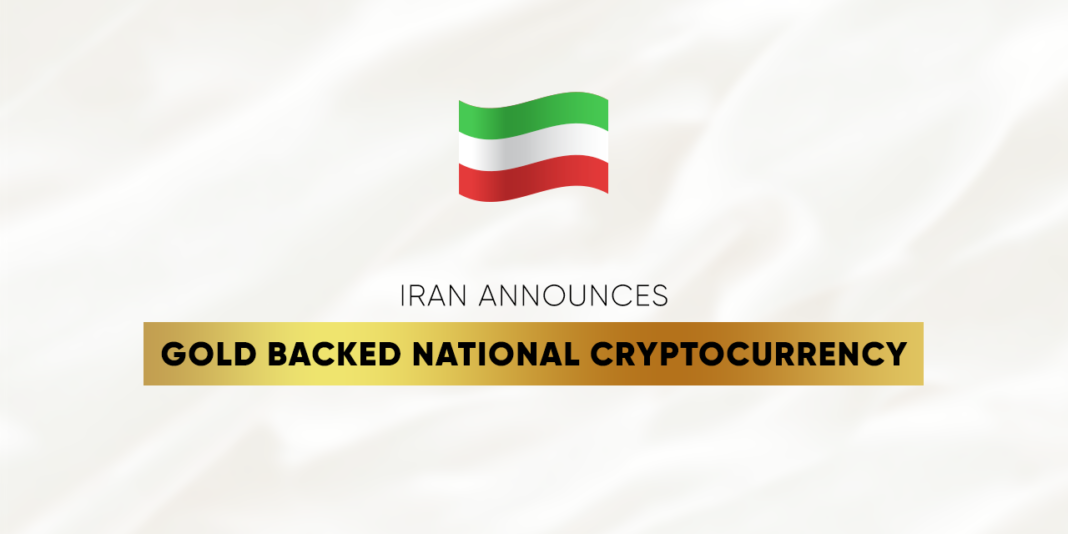 The Tehran News agency has reported that Iran intends to launch a gold-backed cryptocurrency. This comes less than a week after President Trump slammed virtual currencies on Twitter amid tensions between the historic foes.

According to the CEO of Iranian Information and Communication Technology (ICT) FANAP, Shahab Javanmardi, the Central Bank of Iran (CBI) has approved the issuance of new cryptocurrencies.

Shahab described the measure as follows:

“Iran’s cryptocurrency will be supported by gold, but its function is similar to other cryptocurrencies. The crypto asset is designed to maximize the use of Iranian frozen bank assets.”

As a matter of fact, banks like Parsian Bank, Bank Pasargad, Bank Melli Iran and Bank Mellat were working with blockchain startup Kuknos Company on this as early as January. The Financial Tribune reported that the gold-backed cryptocurrency project will be called Paymon.

The Legal Status of Cryptocurrency in Iran

The Iranian government had earlier this year signaled some opposition to Bitcoin and mining in general. This is because the government decried the use of power which is a feature of cryptocurrency mining. Notably, power is subsidized in Iran and many miners took advantage of this opportunity to have large mining farms.

Mehr News reported that CBI was looking to ban private cryptocurrency and encryption services like in China. That said, the status of Bitcoin in the legal system is still quite unclear. Different government agencies have given conflicting positions in the recent past. In this regard, the conundrum of crypto regulation is as unclear in Iran as it is in most countries globally.

Accordingly, Javanmardi urged the government to retain its policy on limiting Bitcoin in Iran. This is because authorities seized 1,000 bitcoin mining machines in Yazd Province just last month. The Iranian government seems keen on ensuring that Bitcoin miners don’t profit off its considerably cheap power costs.

The Role of Politics

Cryptocurrency in 2019 is undoubtedly becoming a political hot potato. This is because governments have realized that they cannot afford to ignore cryptocurrency. The announcement of the Libra project by Facebook, in particular, has brought unprecedented regulatory attention.

The Trump administration has been historically tough on Iran. With sanctions coming thick and fast, every avenue of commerce and politics is an avenue for battle. There is a direct correlation between the collapse of a country’s currency and warming up to cryptocurrency. Venezuela has also signaled intentions to develop petroleum backed cryptocurrency to deal with similar hyperinflation issues.

Iran is similarly in the middle of currency turmoil after more sanctions from the USA. The fact that cryptocurrency is a way to escape the monopoly of SWIFT transfer in finance is lucrative. As such the country is simply taking a logical measure to cope.

Iran is not alone in exploring cryptocurrency. In fact, more than 70 percent of the world’s central banks are looking at the impact of such a coin. The announcement by the Central bank of Iran will certainly up the ante.