Introduction: What is Bitcoin and who is behind it?

If you are new to the world of cryptocurrency, it is very likely that you have seen or heard about Bitcoin. You might have been wondering, “What exactly is Bitcoin?” well this guide is tailored towards giving you the basic information about this cryptocurrency.

Unlike fiat which relies on banks and other authorities to confirm transactions, Bitcoin uses miners to verify transactions on the Bitcoin blockchain.

Bitcoin was founded by Satoshi Nakamoto on the 3rd of January 2009 and it is known as the oldest cryptocurrency in the world. Bitcoin is basically a decentralized currency that was formed on blockchain technology and only approximately 20 million coins can be put into distribution. Between the year 2130 to 2140, it has been predicted that all the coins available would have been mined. More and more people have become aware of Bitcoin as shown by keyword searches powered by Google Trends.

Bitcoin’s Superiority Over Other Cryptocurrencies

There are a number of ways Bitcoin is superior over other cryptocurrencies and they are outlined below.

Compared to other cryptocurrencies, the price of Bitcoin is relatively reasonable and this makes it a favorable option to trade with.

Bitcoin can be regarded as the most popular cryptocurrency in the world as well as the oldest one.

With regard to international transactions, Bitcoin is relatively easier and faster to trade with.

Is The Bitcoin Value Constant?

The Bitcoin value is never constant. For example, at creation, Bitcoin was worth a tiny fraction of the U.S dollar. Today, a single Bitcoin unit is worth thousands of U.S dollars. Between the two extremes, the Bitcoin value has recorded varying prices and at some point touched the 20 thousand U.S dollars’ mark towards the end of 2017.

The Bitcoin market has also grown tremendously compared to its state 10 years ago. However, the Bitcoin market growth has been curtailed by governments that fear to acknowledge the power of Bitcoin since such would be transferring power to something they have no control over.

Security breaches on cryptocurrency exchanges have also played a role in stagnating the adoption of the Bitcoin currency. The volatility levels experienced in the Bitcoin market are also to blame for the slow uptake of the digital currency.

Where is Bitcoin Stored?

The discussion of what’s Bitcoin cannot be complete without discussing how Bitcoin works. To start with, Bitcoin is stored in a digital currency wallet. The storage can be a hardware or a software wallet. Think of a wallet as a bank account that exists virtually. The digital wallet can be downloaded on a computer or mobile phone. The hardware Bitcoin currency wallet resembles a flash disk.

A Bitcoin wallet has a private key that is used to connect a transaction with a specific wallet. It also helps prevent any other party on the Bitcoin blockchain from altering the details of a transaction.

Since the Bitcoin currency does not have a central authority, it’s almost impossible to reverse a transaction.

Bitcoin was created by a person or group of persons under the pseudonym Satoshi Nakamoto. The Bitcoin’s creators wanted to give people the power to control their money minus the intervention of governments and banks.

This vision prompted Nelson Saiers, a former hedge fund manager, to install a huge inflatable Bitcoin rat in front of the world’s largest financial institution, the Federal Reserve Bank of New York. Although the Bitcoin rat was not permanent, its intention was to remind people to review their relationship with the Bitcoin currency. Generally, the Bitcoin rat seemed to suggest that people should stop trusting The Fed and embrace Bitcoin. Read how to keep your Bitcoin secure here.

How to Get Started with Bitcoin

It is relatively easy to start trading with Bitcoin and it is getting simpler daily. The price of Bitcoin fluctuates regularly and it is said to be very volatile. However, a large number of speculators profit from its volatile nature. The prices usually have its percentages reaching double numbers.  It is shown by the Bitcoin prices in 2017 which moved from USD 900 to over USD 15,000 per coin. Some people belong to the school of thought that the price will rise to thousands of USD while others believe the currency will soon be of no value. Now you know what is bitcoin, but how to buy? Read our guide here. You can also read our guide on how to sell Bitcoin here.

Due to its increasing popularity, there are a number of cons associated with the use of Bitcoin and they are outlined below.

The fees associated with Bitcoin increases abruptly which makes it relatively hard for the day to day purchases.

Unlike other cryptocurrencies, Bitcoin has a very slow transaction time as a result of its popularity.

Finally, just like every other cryptocurrency, Bitcoin provides anonymity feature for its users and it is more advantageous over a bank as users can control their money easily as there is no third-party involvement. However, there are some restrictions on the use of Bitcoins in some countries such as Russia and China. It is very important to remember that Bitcoin is still developing as some of its features can still be upgraded and there are a number of disadvantages attached to this coin as well. However, note that there is no sure way to predict the future challenges that this particular coin will face.

The above short guide on what’s Bitcoin will help in having a clear rough idea of the Bitcoin currency, Bitcoin market, and digital currency in general. More installations of a temporary Bitcoin rat may help turn people away from the controlling power of banks and help the Bitcoin value to skyrocket.

With Christmas day fast approaching, Bitcoin has seen a slight return in price going uup 3% after it had seen a dip in price. Many have predicted that this could spell a reversal candle and following the 24-hour rise, with it currently trading at $7,500 at the time of writing it is not hard to see why.

Amsterdam Stock Exchange trader Michaël van de Poppe has said that this coming week (23/12/2019) will be a good one for the bulls, despite many assertions it could be a red week for Bitcoin. Josh Rager has said that unless this bump in price hits $8,000 it could see the token fall to $5,300. However, the recent trend of the past few days would suggest that hitting the $8,000 mark is likely. NewsBTC has shown that analysts are now pretty concurrent on this fact.

Update; This article was updated 23/12/2019 to show the latest news and price predictions 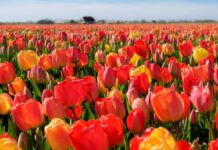 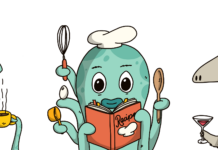