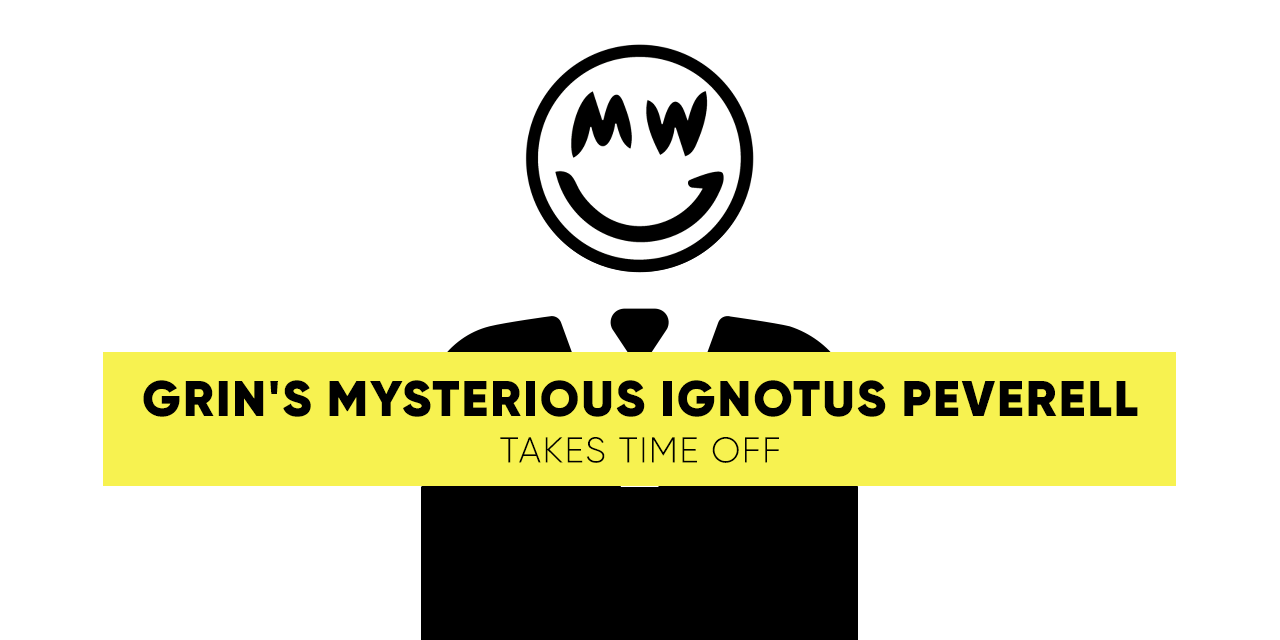 The anonymous founder of Grin, going by the pseudonym, Ignotus Peverell, has decided to temporarily leave the project for personal reasons. That’s according to the latest update from one of Grin’s developers, YeastPlume, who further explained that the technical and anonymous founder also chose not to give any more specifics.

The revelation came after their online developer space began to notice his absence. According to a source, Peverell persistently missed several development meetings of the privacy-centric coin.

The open source network, Grin, is an implementation of MimbleWimble whose mainnet was launched in January 2019. Differentiating itself from other cryptocurrency projects, the network focuses on privacy, fungibility and scalability. Notably, the system is written in Rush. For its PoW algorithm Grin uses two versions of Cuckoo Cycle, an ASIC-resistant one and an ASIC-friendly one.

The Community is Concerned

Peverell’s departure has spurred a lot of discussion among members of the community. Currently, the Grin Committee does not have the specific details of Ignotus Peverell’s leave. The committee is also not aware of when he will return. However, many hope this unexpected leave will only last for a few months.

While addressing these concerns, the Grin Technical Committee had this to say:

“As some have noticed, Igno has not been very active in the past few weeks. He recently told us in the committee that for personal reasons, he needs to leave the project for a while. We have no information about him. Or return further details of the timetable, but we expect him to be absent for at least a few months or longer. Since Grin is open source, it does not rely on any individual or group to make progress, so he is absent. In the case of our work, our work will continue uninterrupted.”

Who is Ignotus Peverell?

Ignotus Peverell also referred to as Igno, is an active contributor towards Grin development. Submitting his first line of code in Oct 2016, he is considered a leader in the Grin development circles. The name “Ignotus Peverell” came from Harry Potter novels and related to the invisible cloak whose wearer can escape the claws of death. Choosing the Satoshi route, Igno has succeeded in hiding his identity since ever since he joined the Grin project as a developer.

Settling on the hard route, Grin did not crowdfund or ask for funding from any investors. It’s all maintained by the goodwill of the community. Grin was created to be more of a transacting currency than a store of value.

Since its launch, the Grin project has received support from various players in the cryptocurrency industry. In May, the project got 50 BTCs from an anonymous donor. This was an addition to its $123,423 the community had donated.

Nonetheless, because of this supply, critics have it that Grin coin is a worthless currency with an inflation of 33 percent, which is more than Bitcoin’s even after 10 years of operation. This is so since Igno set the economic rule of producing 60 Grin coins in 1-minute, thus reducing production.

Ignotus Peverell was previously quoted trying to explain his initial actions. He stated:

“About this post and similar posts in the future, if you want to make constructive criticism of the emission curve, at least give some decent ideas. Repeating what you read on Reddit is not counted.”

“The GRIN team is serious, and if you can provide sufficient empirical research, showing that different supply curves will be better for GRIN, we will listen. But don’t think that after you spend 5 minutes listening to the Grin, we built in the past two years, we will have a knee-jump response and expect us to listen to your voice.”