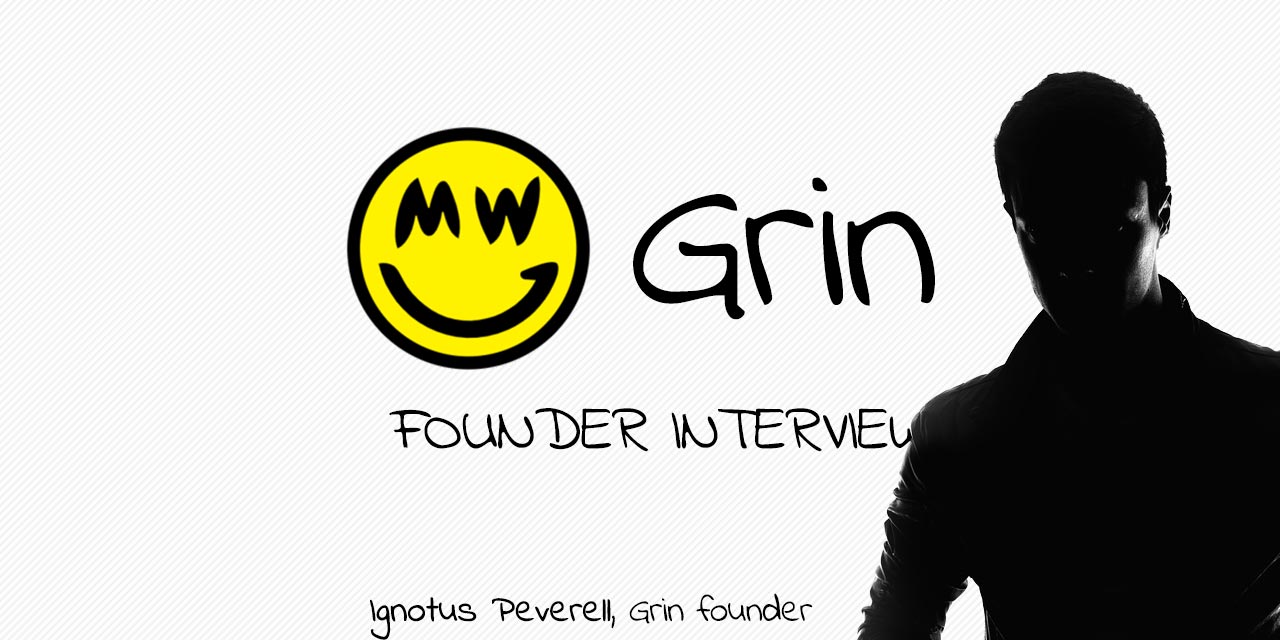 Grin, the coin that is on the Mimblewimble project and has privacy and decentralisation at its core, with its homage to Harry Potter book series in its name is certainly a new entity that has caused interest in the space.

What makes the company even more mysterious and mercurial is the fact that their founder is unknown, much like that of Bitcoin inventor Nakamoto Sakamoto, and goes by the alias Ignotus Peverell, another name from Harry Potter books who was the first to have an invisibility cloak.

Yet Peverell has appeared to lift the cloak a little with an interview via email on February 27th with Breakermag.com reporter David Z. Morris, in which they discussed the development of Grin since its release, and what lessons in the process could be shared with peers in the cryptocurrency field.

Peverell, although extremely coy in some aspects, was happy to talk about the opening crescendo following the launch of Grin recently, saying the post launch had gone, “very well so far”. The founder spoke further saying:

“On the technical side there haven’t been any major issues, and the Grin community has been growing rapidly. Of course we’re still very early on and there is still a lot of work left, mostly around user experience and performance improvements.”

Grin has made headlines for its approach to business, with the company having a community driven project as well as a strong stance against outside investment for investors through Initial Coin Offerings (ICO), as this, “results in extremely large headaches.” Peverell said, “I prefer to focus on creating something I believe in, and keep building it over time. The approach currently adopted in Grin seemed the best I could think of to achieve that and keep both headaches and noise as far away as possible.”

Another differing idea that Grin has put forward is their approach to economics, with the coin preferring to make the supply curve inflationary, despite fears from bitcoin and others of inflation and their love for hard money. Percevall has taken this step because:

“There is no evidence that bitcoin’s supply curve is optimal. But there is a growing body of solid research showing that several aspects of it are problematic…..constant emission can be shown to not be wrong, be simpler, create far less market uncertainty (aka “halvening” events), fair, etc. What’s not to like?’”

Peverells plan for the future of Grin is clear, “Make better money’ with the requirements being, “ digital, private, trustworthy (by which I mean secure, and censorship resistant)”. The unknown figure also had some words of advice for those in the crypto space too:

“State your goal clearly and keep pushing toward it. Be patient. Be very wary of too much affluence, it’s a distraction. We’re developing open source projects that happen to deal with money. Adopt the open source ethos first, it’s a proven model. Be humble and exceedingly nice.”