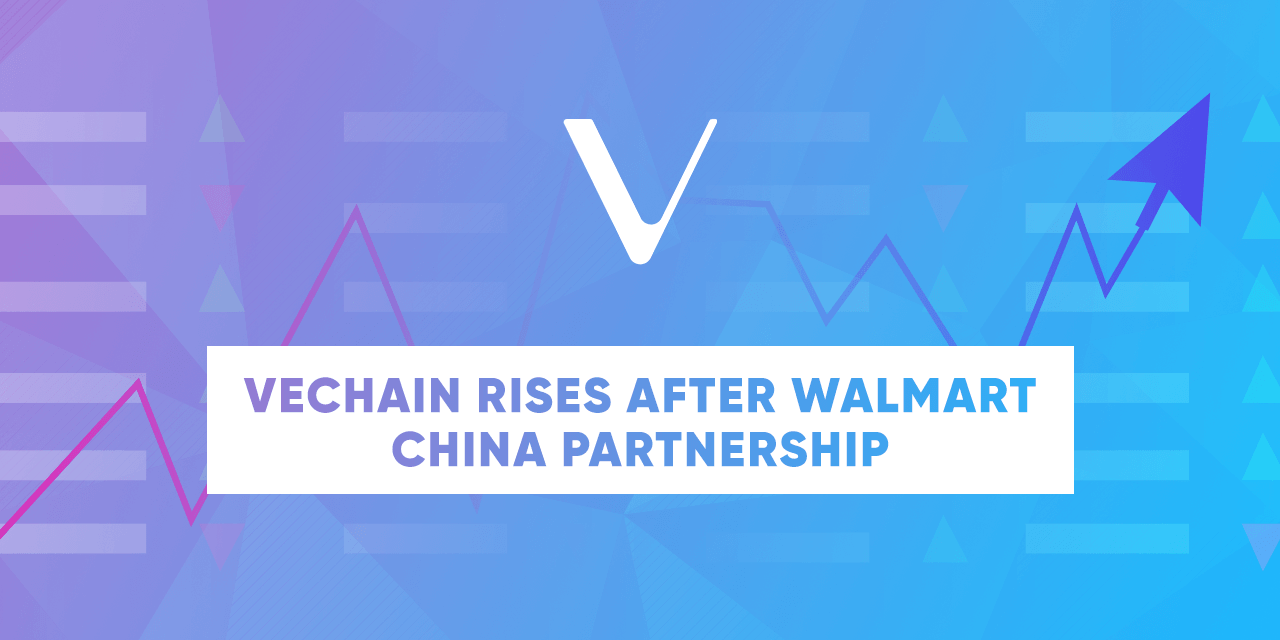 In the recent past, the prices of virtual currencies have not been significantly responding to news centered around them. Fortunately, VeChain (VET) is breaking this trend after it massively increased following news that it had inked a partnership with notable figures in the traditional business world.

The partnership involved VeChain and Walmart, a leading retail company. Tom Foth, the senior director at PricewaterhouseCoopers in charge of emerging technology, captioned a picture on LinkedIn saying, “At the Walmart, VeChain, PwC announcement of food safety tracking of foods Walmart sells in China. VeChain is providing the blockchain technology.”

According to an announcement by Chainnews, a Chinese news outlet, the partnership would see Walmart use the VeChain blockchain platform to ensure food safety traceability. Fortunately, the Chinese arm of Walmart has already started using the public blockchain platform, and twenty-three products have already been tested. The retailer is anticipating to test and launch over 100 more products before the year ends.

Notably, the 100 products will cover categories such as fresh meat, seafood, and vegetables. As part of its traceability initiative, Walmart China will heavily concentrate on fresh produce.

The price has already responded

As Walmart China moves to increase the percentage of traceable fresh produce using the VeChain blockchain, the price of VeChain (VET) has already responded positively. VET has recorded notable gains against major coins such as Bitcoin (BTC), Ethereum (ETH), and Binance coin (BNB). For example, VET has recorded over 29.41 percent, over 32.68 percent, and over 36.62 percent increase when placed against BTC, ETH, and BNB respectively. At the time of writing, VET is exchanging hands at $0.009037 which is an overall increase of 25.42 percent.

Ecstasy and regret for traders

VeChain (VET) diehards were celebrating while others were regretting why they did not buy more VETs since this would have brought them good returns.

For instance, kcbcg222, a Redditor, was in a sorry mood, as he said:

Another poster began cheering the rest of the community, “Everybody get in here!!”For others, it was time to beat their chests, “congratulations, we all successfully picked the correct project. Long live VeChain.”