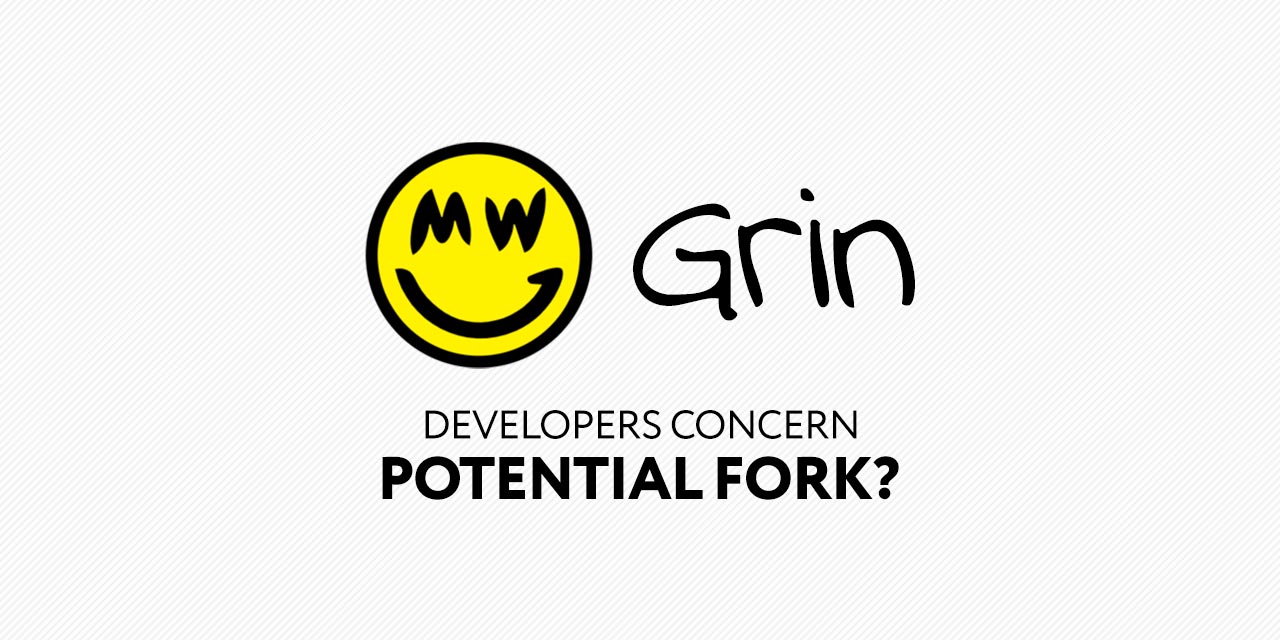 According to reports surfacing this week, Grin are discussing potential changes to the project’s hard fork roadmap.

The privacy based coin on the Mimblewimble project has encountered some issues with the formerly planned upgrade to their mining reward issuance. The next hard fork is currently set for mid-July during a bi-weekly Grin Governance meeting Tuesday. Developers are putting the matter to a vote in two weeks time.

Prominent Grin developer John Tromp, who invented the proof-of-work mining algorithm “Cuckoo Cycle,” suggested changes to what will go into the hard fork.

Tromp argued in conversation with other developers:

“The announcement of single chip ASICs for [Cuckatoo-31] has undermined our phase out schedule… which looks like it won’t be able to serve its original intended purpose of thwarting single chip ASICs in the foreseeable future.”

The ASIC mining has long been a contested issue, with many believing it stifled competition and put it in the hands of a few mining giants. Grin developers had agreed to hard fork the network every six months and tweak the mining algorithm slightly for a period of two years.

Therefore, developers agreed that over time the network would gradually transition to an explicitly “ASIC-friendly” variant of Tromp’s Cuckoo Cycle called “Cuckatoo31+.” This would give ample time for many ASIC manufacturers to optimize for this algorithm and hopefully ensure a broad network of miners.

Yet, this has not gone as well as planned. According to Coindesk, at present, roughly 81 percent of Grin blocks are being mined using the ASIC-resistant variant of Tromp’s Cuckoo Cycle called “Cuckaroo29.” The other 19 percent of blocks are mined using Cuckatoo31+, according to Grin ASIC manufacturer Obelisk CEO David Vorick.

Vorick maintains that if plans continuein the same manner, “it will almost guarantee there will be an [ASIC] monopoly at [Cuckatoo-32],” which is exactly what the Grin developers were trying to prevent.

This appears to be a big issue for Grin and its fundamental principles, something Vorick has looked to point out and assure those in the community that they will have their say in the vote which will arrive soon. In a blog post on the Grin forum, he said:

“We really would like to see Grin [succeed] and we would like to do so by collaborating with the Grin community and letting them know what’s going on before it happens,” wrote Vorick. “We’re looking forward to your thoughts and discussion.”