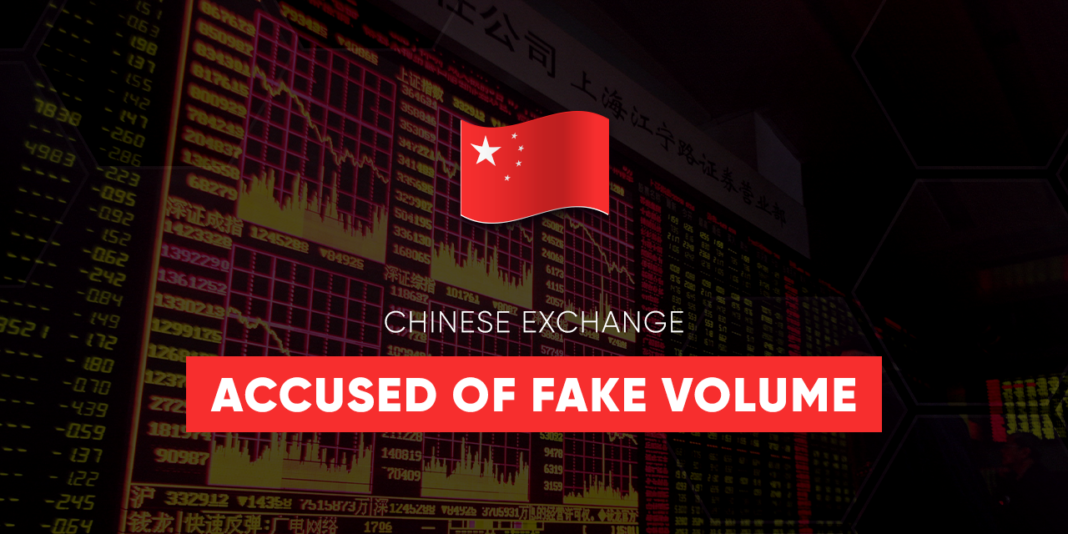 The decentralized crypto exchange platform, Tokenlon, is facing scrutiny over accusations of falsifying up to 99 percent of trading volumes.

Bitpie crypto wallet developers made the startling claim which casts doubt on the exchange of the imToken startup. who had seen a remarkable rise in trade volumes.

Falsification of trade volumes is not an entirely new phenomenon in crypto exchange circles. However, this practice is misleading to investors as it represents an exaggerated trading activity on a crypto exchange.

Users in a WeChat group affiliated with Bitpie noted that imToken claimed that its transactions and user volumes increased rapidly in a week. To verify if their assertion were true, Bitpie operators conducted a follow-up investigation then wrote the article “ImToken immediately stop the fraud.”

How the Alleged Fake Volumes Came About

Bitpie’s investigation analyzed numbers and found some inconsistencies in the figures. Before August 18, ImToken had few users on its DEX. Then, data of user traffic suddenly surged inexplicably after this date. ImToken were subject to many publicity reports on the trading volumes and user traffic surge which had risen an astonishing 424%. This was enough to catapult Tokenlon to the first position in ETH transactions among decentralized exchanges.

Wen and his fellow analysts came to the conclusion that about 99% of the daily transaction volume in the imToken DEX were false. To Wen, this fraud is actually simple and the DEX didn’t even turn around.

ImToken is yet to issue a comprehensive response. That said, imToken founder Ben He made the following comments in WeChat moments:

“Tokenlon officially launched less than a month (ago), but (was) topping first of ETH DEX. However, our trading volume is less than one-thousandth of that of traditional exchanges. Running DEX is the most difficult path, but the path we choose determines who we are. How could a brambling know a swan’s lofty ambition?”

Indeed, it will take some time for decentralization to even dent the dominance of centralized exchanges like Binance, OKEX, and Coinbase. This is because the infrastructural disparity between their respective systems makes centralized exchanges retain a distinct advantage. DEXs have an edge with privacy and security

Accordingly, decentralized exchanges are battling for a niche in this market. Even then, the amount of users and activity is not particularly meaningful according to OKEx CEO Jay Hao. This is because to him CEX and DEX have their own market space.

As such, high-frequency trading and quantitative trading is still a very important aspect for centralized exchanges as compared to DEX platforms. However, the fact that it is a distinguishing aspect for CEX makes such allegations a possible occurrence.