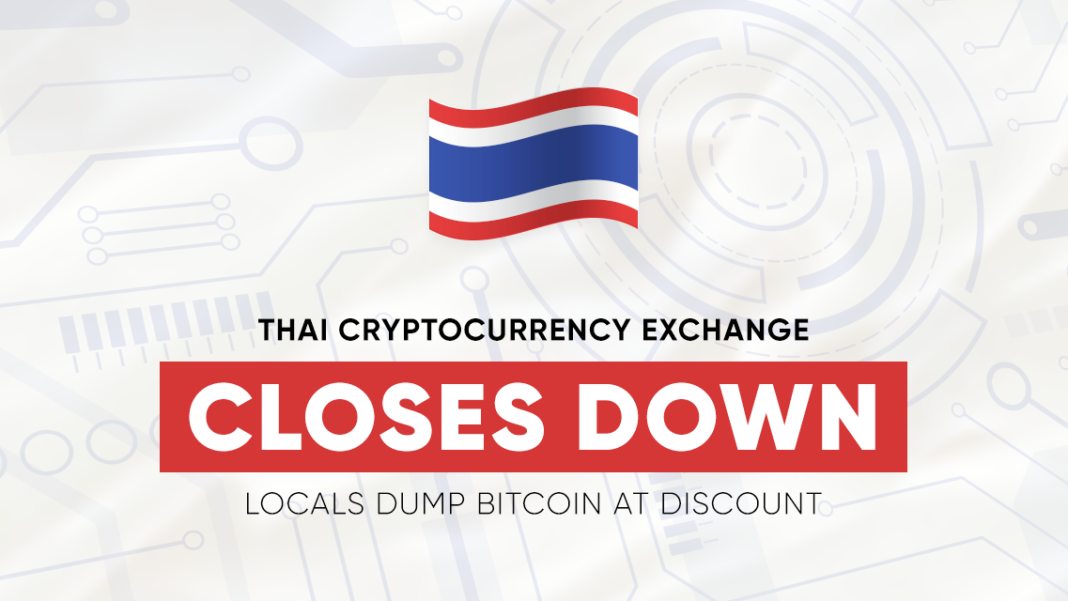 Bitcoin Co. Ltd. (BX.in.th), a leading cryptocurrency exchange from Thailand, has announced the end of its trading operations. In a September 2 announcement on its website, the exchange said that it would discontinue its wallet and digital exchange services. The firm has not given any concrete reasons for the closure but has announced that it is focusing on “other business opportunities.”

The announcement has however had a rather unexpected result. The price of the king of digital currencies, Bitcoin plummeted to a low of US$6,500. Panicked investors moving to offload the assets caused the price dip.

Thais Amongst the Earliest Adopters of Bitcoin

The BX.in.th exchange is not only the oldest but also the biggest BTC trading platform in Southeast Asia. The Exchange has been operational since 2013, allowing investors to purchase cryptocurrency for Thai baht. Thailand was one of the earliest adopters of cryptocurrency use, though the use of Bitcoin had been banned in 2013.  The Bank of Thailand nevertheless lifted the ban in 2014 but washed their hands off any personal losses arising from its trade.

Somkid Jatusripitak, the kingdom’s deputy prime minister, nevertheless ordered the bank to relax its stringent crypto rules. In early 2019, the Thai SEC approved four digital currencies for legal use in initial coin offerings- Bitcoin, Ethereum, Stellar and Ripple. These approved cryptocurrencies could also legally be used as base trading pairs against other tokens. But they are not recognized as legal tender.

Most cryptocurrency enthusiasts in Thailand praise BX.in.th’s easy trading procedure. In the past, investors were not able to access cryptocurrency from more significant global exchanges using Thai baht. BX.in.th had this option, as well as offered other major altcoins on demand. The Exchange has also had an excellent security history, with no significant reported hacks. Users can also withdraw cash in Thai baht directly to their bank accounts from the Exchange. Through its services, Bitcoin’s use in retail has slowly become a reality in Thailand.

Following the announcement, the five-year-old exchange has said that it will no longer accept deposits after September 6. Besides, the Exchange will not allow trading after September 30. All its’ trading services will halt on September 30, and investors are expected to withdraw all their funds by November 1.

Thailand Government All in For Blockchain Use

The Exchange in its closure announcement also said that it would not renew its SEC operational license in 2020. The statement did not only cause a temporary dip in the cost of Bitcoin but wakened fraudsters out to make a quick buck from the panicked investors. As an illustration, the Thai SEC warned about a faked social media page associating itself with Bitcoin Co. Ltd. (BX.in.th). The Facebook page was soliciting funds from the Exchange’s traders.

The country nonetheless keeps pushing the envelope in cryptocurrency and blockchain use. Its Customs Department is going to use IBM’s blockchain innovation for shipment tracking. The Tradelens blockchain solution from IBM will be used in Thailand’s ports as an immutable but automatic tracking tool. The blockchain solution will give rise to a transparent, secure, and efficient workflow.