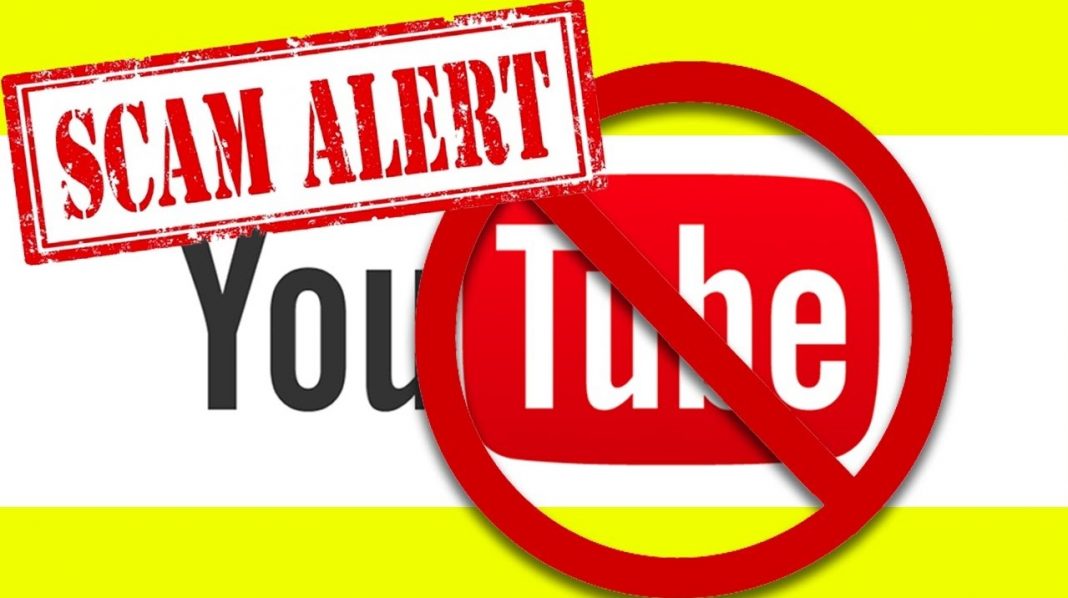 Video-sharing giant Youtube has been displaying pre-roll ads featuring crypto giveaway scams to its viewers, an outright violation of trust in the platform. Furthermore, crypto scam videos continue to proliferate on the platform.

And what’s pissing off the crypto community is the fact that they’ve purged several videos from legitimate crypto YouTubers. Some even got banned.

While Youtube has admitted that their algorithm can be faulty sometimes, they have taken no action as of yet despite multiple crypto influencers calling them out on Youtube and Twitter. And this has been going on for months, with several media outlets reporting in the past but to no avail.

Furthermore, the scams are not limited to ads as some utilize Youtube Live or upload crypto giveaways directly on the platform.

How the scam works

The crypto scam giveaways display footage of well-known individuals talking about crypto or hanging out in large conferences. And usually, there is a QR code and/or address displayed on one section of the screen explaining the giveaway.

They ask you to send a specific amount of a particular cryptocurrency promising to give back double the amount you’ve sent. But evidently the scammers won’t send them back anything. In fact, the cryptocurrencies the viewers sent are as good as gone.

The crypto community has taken out their frustrations on Reddit and Twitter, calling out the platform for this awful negligence. And what seems unfair to many is the fact that some legitimate youtubers had suffered purging, and in some cases, a ban from the plaltform.

As an example, two prominent crypto youtubers had been temporarily banned from Youtube in December 2019.

Ivan on Tech, one of the leading cryptocurrency tech educators on youtube was restricted from uploading videos, livestreams, and stories for a while before getting his channel back online.

Crypto technical analysis channel “The Moon” had suffered the same strike notice and restriction on the same period. As he says, “while bitcoin (BTC) was censorship resistant, YouTube videos were not.”

Ripple, the company behind XRP, had also filed a lawsuit to the video-sharing platform last April for allegedly damaging their brand and reputation. And part of their terms was to forbid Youtube from allowing these scams to flourish and to profit from them.

Yet nothing has changed.

One major concern is the possibility of YouTube’s mother company, Google, reinstating their blanket ban on cryptocurrencies. It’s been nearly two years since they’ve decided to reverse the ban. And it might be possible that the tech giant is already considering it as we speak.

With all the rants from the crypto community, we don’t know how YouTube or Google is going to react since they haven’t made any comments as of late. Although another ban would obviously do no good.

Considering that scammers could easily get away with running “crypto giveaway” ads, they probably know a few loopholes in the ad structure. Perhaps they aren’t even using crypto keywords. Given the rising popularity of cryptocurrencies, they could potentially make tons of profit with a general audience that doesn’t know better.