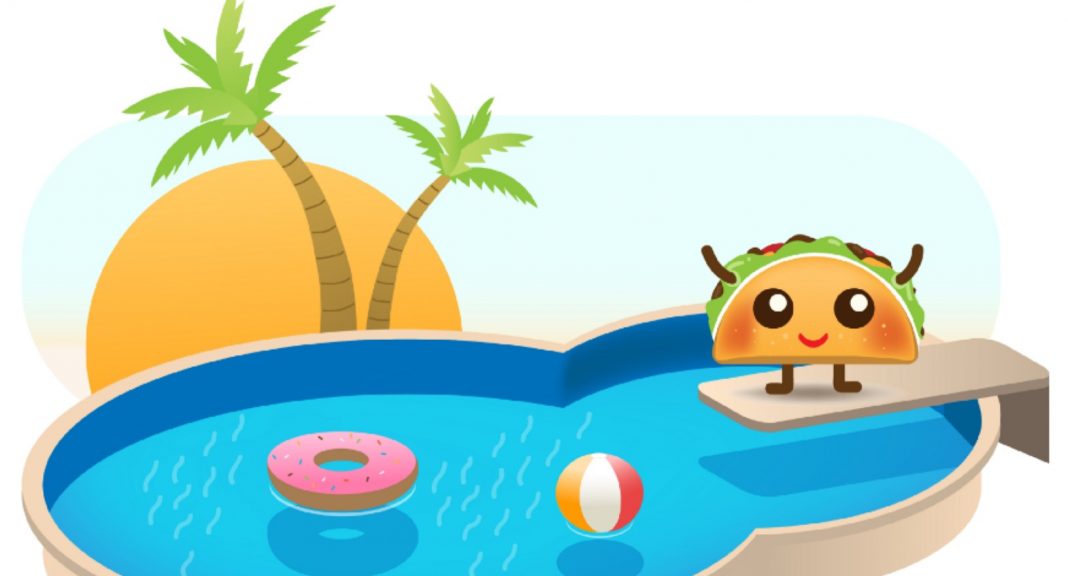 Taco Finance is a yield farming protocol and decentralized exchange built on top of Binance Smart Chain (BSC) and PancakeSwap.

Decentralized finance (DeFi) has opened new doors for the cryptocurrency market. Traders are now past merely HODLing Bitcoin and Ethereum. Through DeFi, additional income-generating opportunities such as yield farming and staking were born. Taco Finance is a project that belongs to those.

Taco Finance features a unique tokenomic design that supports token stability and risk mitigation. While it is a fairly new project, it is built on top of a high-performing blockchain network, the Binance Smart Chain (BSC), which means that it can support large volumes of trades as well.

Taco Finance is an addition to the rapidly-growing market of yield farming and staking. The team worked on Taco Finance to address the issues traders face in other decentralized exchanges (DEXs), such as price volatility from high volume fund migrations, insufficient token burning models, and rug pulls.

While the project has only been launched last February 27, it already boasts a total value locked of $5 million. And since it is built on top of BSC, it stands to benefit from its blockchain’s continuously growing popularity. In the months ahead, we can expect more developments about the project.

What is Taco Finance?

Taco Finance is a yield farming protocol and decentralized exchange built on top of Binance Smart Chain (BSC) and PancakeSwap. It implements an Automated Market Making (AMM) model that banks on asset pools to supply liquidity for trades conducted on the platform.

Since the platform is built on top of BSC instead of Ethereum, it features faster transaction speeds to support high-frequency trades. In addition, users can easily execute their trades without the extremely expensive gas fees that hound Ethereum-based exchanges.

Here are some of the biggest attributes that Taco features in its platform:

Like other yield farming protocols, the platform is pretty straightforward. Users just have to connect their online wallets to the platform, even those that are Ethereum-based. After doing so, users can already start swapping tokens or stake in its liquidity pools. When you stake $TACO, there are no deposit fees. For other tokens, there is a 5% deposit fee.

TACO is the protocol’s native utility BEP-20 token. It can be used for payments, trading, voting, and staking. It has infinite supply, with 28,800 TACO minted every day (1 TACO for every block created).

Implementing the same economic model from Goose Finance, Taco allocates 9.09% of the tokens minted daily to platform developers, marketers, and for future partnerships and networking initiatives.

Stakers in the liquidity pool are charged with a 5% deposit fee. 4% of this fee will be allocated to buyback TACO and burn them to decrease the total supply in the market. There are two purposes for this.

First, this is necessary in order to maintain the sustainability of the token’s value long-term. And finally, this is designed to stabilize TACO’s price. This is important especially in a time like today where volatility is still experienced in multiple other cryptocurrencies.

And 1% of the remaining deposit fees collected will be reallocated to the development fund of the protocol to support its future enhancements and upgrades.

There are no smart contracts yet that automate the burning function of the platform. It is done manually every 12 hours. However, the regularity of token burning is not set in stone because it can be affected by whether or not the market is suffering from a huge, sudden drop.

In assessing the profitability of the platform’s reward mechanism, it is also important to understand the schedule of its distribution. Apart from the 80% of deposit fees used to buyback TACOs, a portion of it will also be sent to other network participants. 10% of the deposit fees collected directly go to developers in the form of a payout, and the other 10% is kept in its treasury for future projects and emergency funding.

Taco implements a timelock contract on the platform. This is to prevent developers from issuing new tokens on the exchange limitlessly. Projects that are supported by the protocol require a certain number of hours of delay time before new contracts are deployed and executed.

As of now, there is a timelock of 48 hours but this can change if the community votes to.

Since Taco is built from PancakeSwap’s code, it also initially embedded a rug pulling script on it. What essentially happens during rug pulls is that a trader’s assets are taken away from him within only 6 hours through “platform migration.”

The migrator code has been removed by Taco Finance in order to help keep the holdings of traders safe from unanticipated migrations.

The expansion of yield-generating opportunities in the crypto space has been ushered by DeFi. However, this growth has also given birth to a lot of similar looking projects that offer products that are modeled after each other. For newly-launched protocols to prosper in the market, they have to be able to offer something new. Taco Finance’s project outlook seems promising.

The project is built for the long-term. With a deflationary economic model, its native token is bound to maintain its stability in value for a long time. It is also safer from black swan events that might lead to huge market drops that have usually caused massive losses for traders. It is more than just a simple yield farming protocol. However, whether it will be successful or not also depends on the outcome of DeFi’s emergence in the months ahead.