Many developments in the crypto space promise a faster transaction settlement system with the additional advantage of deploying smart contracts. Among those projects is the Binance Smart Chain, or the BSC. This platform is designed to be fully compatible with the Ethereum blockchain with a consensus mechanism that is more decentralized.

While it received a spectrum of opinions from the crypto community, it is definitely worth looking into. Whether or not it brings something new to the table or just adds to the number of duplicate projects in the community, is something that can be the subject of a never-ending debate.

However, it is worth considering that Binance is one of the most if not the most influential company in the whole crypto space.

Binance launched its smart chain in 2020, hoping to harness the power of decentralized finance (DeFi). The team noted that the emerging trend of DeFi, indicated by its increase in total value locked (TVL), reflects just how much innovation and interest the space has gained over the last few months.

However, Binance believes that the DeFi status quo is still not sufficiently inclusive and equitable enough. Gas fees continue to become a pressing concern, along with Ethereum’s high volatility. Something had to be developed as a workaround for such issues and that motivated the creation of BSC.

Introduction to the Binance Smart Chain

Binance Smart Chain is a parallel smart contract blockchain to Binance Chain (BC). It is designed to provide programmable extendibility for BC, as well as introduce smart contract and virtual machine functions on the Binance ecosystem.

Binance Smart Chain has several features that separate it from BC. Here are some of them:

Since Binance Smart Chain is compatible with the Ethereum blockchain, it can take advantage of the Ethereum Virtual Machine. This means that developers can still freely deploy dApps without too much friction and effort. Furthermore, they do not need to develop an entirely similar dApp from scratch just to be able to launch a different version of it on various chains.

BSC’s ecosystem is consistently growing. It already has over 30 wallet providers, 600,000 users on Binance Chain, and several influencers showing their support for the project.

It is important to understand how consensus is achieved on BSC as it is different from centralized exchanges, even Binance itself. For its consensus protocol, BSC seeks to achieve the following:

The BSC combines two innovations on the consensus mechanisms developed in the crypto space. While some platforms in the network use Proof of Authority (PoA) to secure itself (platforms like MATIC Bor, TOMOChain, xDai), and the Deputy Proof of Stake (DPoS) to develop a community-based governance system (like Cosmos or EOS), BSC worked on putting the two models together.

The goal of such a model is to achieve the following:

Any user who has staked in the platform can become candidates for the next validator set. The staking status selects the 21 highest staked nodes to be the next validator. Moreover, elections will run regularly every 24 hours. In order to stake in the BSC, users will need Binance Coins (BNB).

Chosen validators will be rewarded based on their share of the gas fees collected from transactions in the platform. This means that they will be paid in BNB, and they do not earn mining rewards similar to other blockchains like Bitcoin or Ethereum.

A portion of all the gas fees are given to “relayers,” or those who enable the cross-chain communication function on the platform.

BSC does not have a separate coin, and will still use BNB. This is because the token is designed to be able to freely move between the BC and BSC network. In ensuring that there is an accurate account of all the tokens flowing from these networks, BC and BSC manage the circulation of all BNB tokens in its total supply.

BNBs are used to pay for gas fees, deployment of smart contracts, staking, and performing cross-chain operations between BC and BSC.

The launch of BSC is definitely a worthwhile development in the Binance ecosystem. At a time when gas fees are surging, any new project that promises to make transactions much easier and convenient for users will have more chances of gaining traction.

While the features of the project look promising, the weeks ahead can still be a challenging run for BSC and the whole ecosystem of Binance. With mixed opinions surrounding the launch of BSC, one thing is for sure: it can offer advantages like quick transaction settlement and cheaper transaction fees to its users. 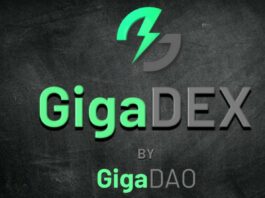 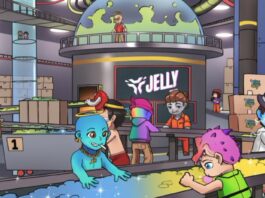 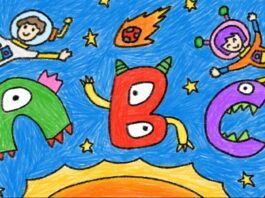