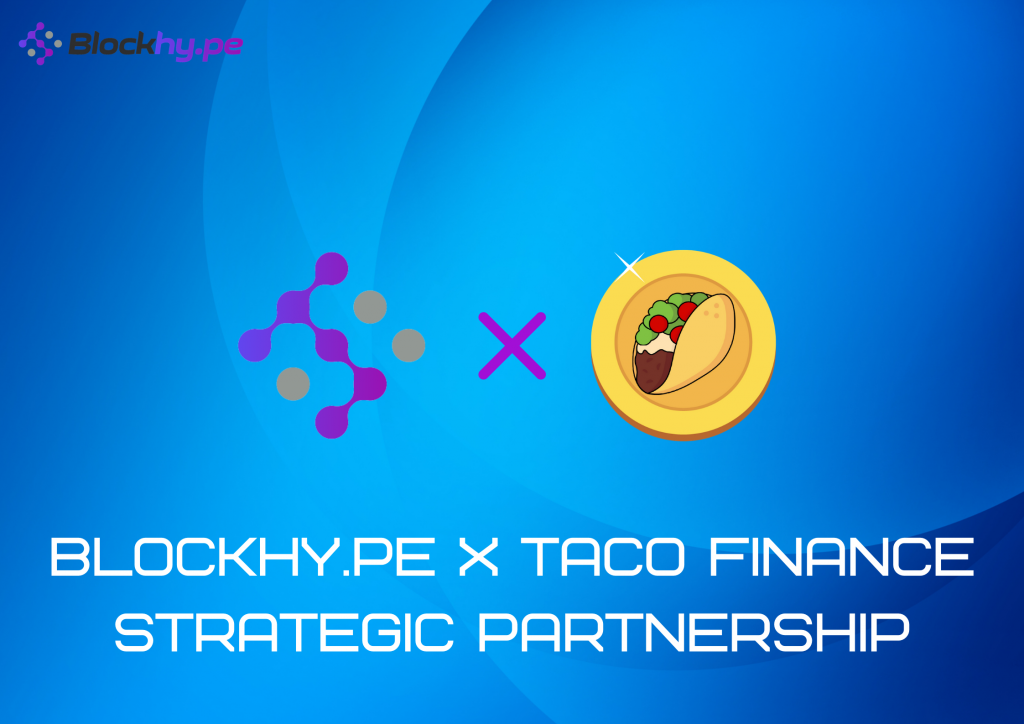 BlockHy.pe has announced its new partnership with Taco Finance, one of the hottest yield farming protocols in the decentralized finance (DeFi) space today.

BlockHy.pe is a prominent social media marketing firm that has already helped a lot of projects launch effective initial coin offerings (ICO) for several years. This partnership is expected to help Taco Finance strengthen its social media presence and expand the visibility of its yield farming product.

Taco Finance is a decentralized yield farming protocol built on top of the Binance Smart Chain (BSC) and PancakeSwap, and has only been launched this month, February 27, 2021. Since the project was deployed, Taco Finance was already able to amass a total of over $6 million in total value locked (TVL).

Despite the market’s volatility these past few weeks, this performance has seen a strong start for the DeFi project. To increase its social media mileage and spread the news about its yield farming product further, they formed a strategic partnership with BlockHy.pe.

BlockHy.pe has already been in the marketing industry for over 8 years, with 4 years of experience in the cryptocurrency space. The partnership is expected to take BlockHy.pe’s expertise in helping crypto-projects take off on Taco Finance’s objective to market their protocol.

Back in 2018, BlockHy.pe has assisted multiple projects raise funds and organize international events and mass meet-ups. It has helped crypto-projects raise a collective sum of about $80 million in ICOs, facilitated the preparation of over 10 international forums, and launched gatherings that got over 15,000 participants from 28 countries.

Through this partnership, Taco Finance is going full-gear in promoting their second generation yield farming protocol amidst BSC’s growing popularity and user base.

Apart from over $6 million TVL in just less than 48 hours since launch, Taco Finance has also grown a Telegram community of over 650 TACO holders. Beyond that, they have also burned more than $65k worth of TACOs that early adopters are benefitting from.

The team’s next steps include the submission of listing requests on CoinGecko and CoinMarketCap, which will be done in order to help TACO traders get a better trading chart whenever executing transactions.

Taco Finance has also submitted listing requests to BSC Scan and DeFi station for greater accessibility. In the meantime, Hacken is auditing their smart contracts in preparations for wider adoption.

Taco Finance is a yield farming protocol and decentralized exchange built on top of Binance Smart Chain (BSC) and PancakeSwap. It implements an Automated Market Making (AMM) model that banks on asset pools to supply liquidity for trades conducted on the platform.

Through these liquidity pools, users can stake their tokens to earn additional rewards. Taco Finance also features a unique burning mechanism that aims to maintain its own token’s stability despite huge market swings.