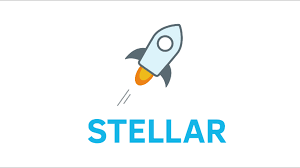 Stellar Lumens is reportedly helping the Bank of Ukraine in its central bank digital currencies (CBDC), it was revealed in a research paper

Yet, some countries are looking toward the industry for guidance and exciting projects. Take the central bank of Ukraine as an example. The Jeb McCaleb run company offered their services for free to Bank of Ukraine, it was revealed in their CBDC research report this month.

The Ukrainian bank has chosen Stellar Lumens as the crypto company which can bring a part of their e-hryvnia to life through a privately run blockchain provided by the company. However, the usage though will only be possible for local/bank-level transactions and not rolled out for the national version.

“It is practically impossible to update it following the development of the basic Stellar blockchain protocol. Instead, the national-scale system can be designed on the basis of one of the public versions of modern powerful blockchain protocols,” the report noted in its conclusions.

This assessment of blockchain is similar to many other central banks decisions on the technology. The People’s Bank of China has rejected blockchain as the technology behind the DCEP and numerous other banks are following suit, citing transaction speed, scalability and security as drawbacks. A research report from Central Banking Journal in February found just one central bank out of 45 surveyed would consider using blockchain.

That being said, Stellar Lumens has also proven useful in other parts of the project. Its Stellar SDK network and the Stellar Core Horizon API are both integral parts of the Ukrainian bank’s current platform.

Whether the partnership will continue for the pilot and then application remains to be seen, with the report highlighting a few problems with the network and initial platform. The report concluded, saying: “We drew useful conclusions as regards the issuance of our own CBDC and gained valuable practical experience that highlighted the NBU’s capabilities and potential to implement projects of this kind.”

It seems that banks around the world are accelerating their digital currency plans. From the People’s Bank of China launching its digital currency electronic payment (DCEP) to the numerous other central banks announcing research plans.