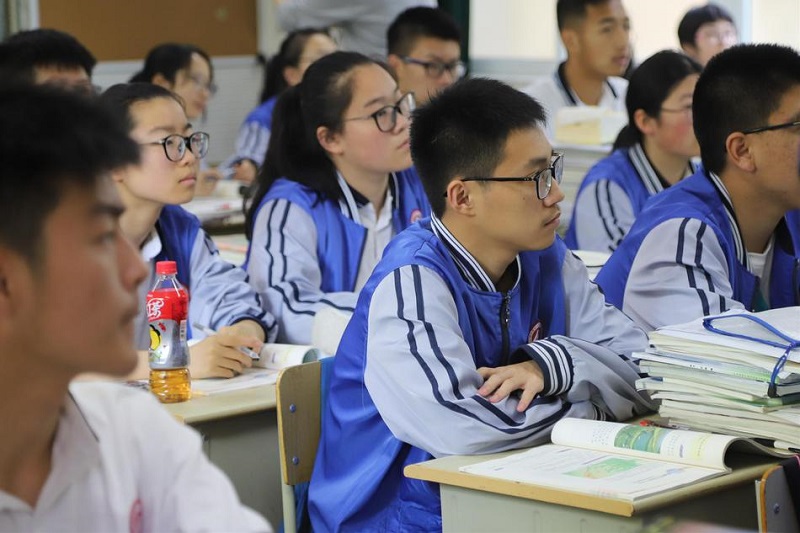 Questions related to Bitcoin mining and Sichuan are making their way on to many University entrance exams in China it has been revealed this week.

In a sign of the growing popularity and focus on cryptocurrencies, Geography tests have included a “Sichuan Bitcoin mining” topic. The example being widely circulated asks the students four questions on mining in Sichaun and Bitcoin.

The translated versions from Jinse.com give the questions as:

(1) Analyze the reasons for the general phenomenon of water abandonment in Mabian County. (6 points)

(2) Speculate the characteristics of the seasonal migration of Bitcoin “mines” and explain the reasons.

(3) The phenomenon of bitcoin “mines” acquiring hydropower stations has appeared in Mabian County. Please explain the reason for this phenomenon. (4 points)

(4) Some people think that the bitcoin industry should be restricted from continuing to expand. Please explain why. (6 points)

For any avid mining and Sichaun fans or those looking to answer the questions, feel free to do so now and check the reference answers. These can be found below.

The addition of Sichuan and Bitcoin mining presents a huge turnaround for an industry that looked on the brink of blacklisting and becoming a black-market business. Now, lawmakers in Sichuan have seen the light and are actively encouraging the industry to flourish during their wet season.

In a landmark report titled, Implementation Opinions on Construction of Hydropower Consumption Demonstration Zone to Support the Development of Blockchain Industry 《关于建设水电消纳示范区支持区块链产业发展的实施意见》the local government called on miners to make use of their hydropower stations.

Clearly, in a broader historical context, we are seeing a change for Sichuan people. Since 1897, Sichuan along with Hunan was famed for its coal and other mineral-based mining. However, with this sector largely unneeded and reduced to merely a dangerous black market occupation, the cryptocurrency mining industry has taken over.

However, what is a little worrying, especially for those in favour of decentralized cryptocurrencies like Bitcoin and other cryptocurrencies is the fourth and final question on Bitcoin restriction. Perhaps, the ideological differentiation and scepticism towards Bitcoin are being programmed into the Chinese students already, so that a ban in the future is not dimly viewed.

Some believe the possibility of a complete Bitcoin ban is afoot as China looks to make its hotly anticipated digital currency electronic payment (DCEP) the only digital currency available to its citizens. Already, there have been instances of bank accounts linked to over the counter (OTC) cryptocurrency traders being frozen. These could all be worrying signs pointing to a regulatory end.