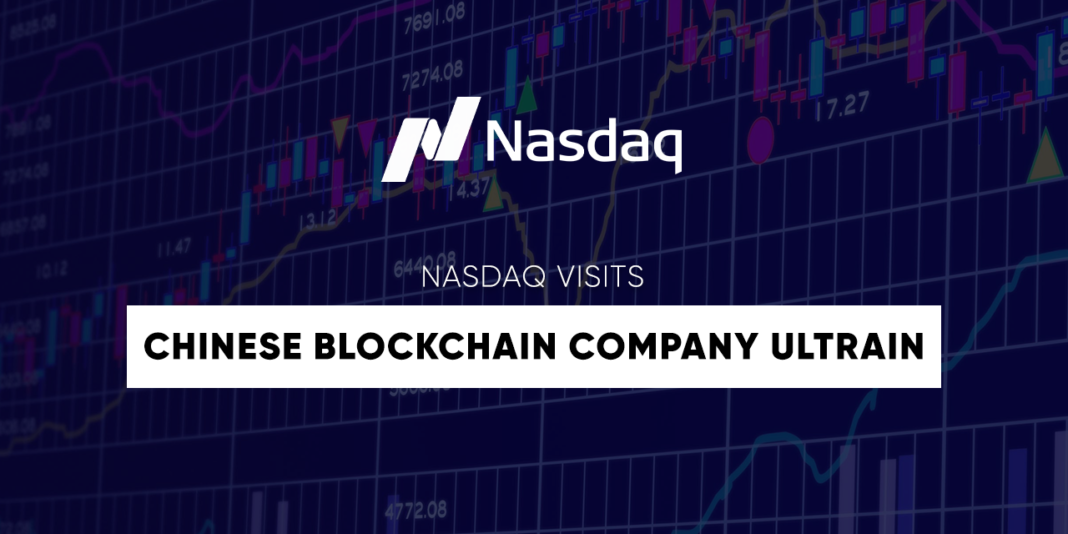 NASDAQ has visited their first and only Blockchain project in China this week, with Ultrain the lucky project for the inspection and conversation.

Alongside the co-founders, they also have marquee names involved. Samuel Xiao, a former Senior Manager at IBM Global Consulting, Yufeng Shen and Husen Wang, who both worked for Alibaba and Ant financial.

The company opened its mainnet in April of this year and has quickly become an industry leader in the field. Since its creation, Ultrain has been widely used in travel, luxury goods, supply chain, sharing economy, medical, retail and media entertainment.

According to their website, “Ultrain is a leader in trust computing” and has built an “easy and affordable products using distributed, efficient and secure technology innovation (to) support enterprises and developers and aim(s) to become worlds’ no. 1 commercialize public blockchain.”

NASDAQ is listed as partners with Ultrain on their website. McCooney at the meeting stressed the importance Nasdaq places on blockchain technology. In terms of Ultrain, he said they highly value Ultrain’s leading position and progress in the world, and praised the high internationalization of the company.

Nasdaq stressed their commitment to blockchain projects in China and Asia as a whole. According to Jinse, Nasdaq said they will continue to strongly support the development of high-quality cutting-edge technology companies such as Ultrain in China, and give as much help as possible on its development path.