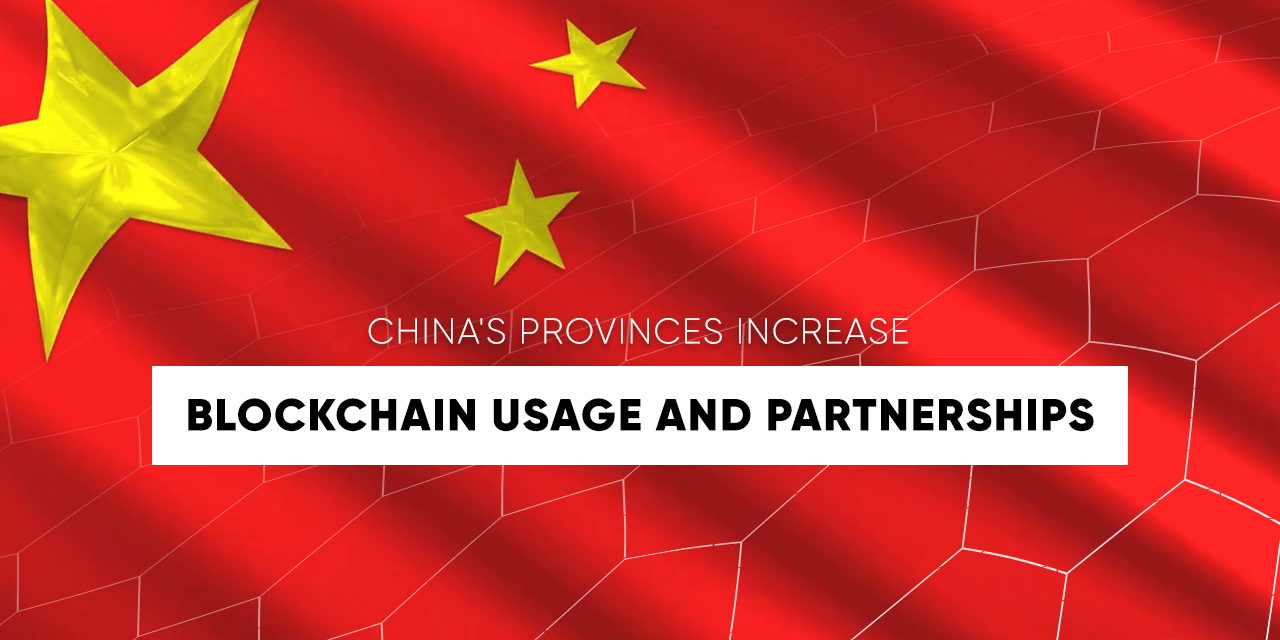 Chinese provinces are increasing blockchain partnerships and usage development co-operations. This is because provincial administrative regions issued a remarkable 106 pieces of policy information in the first half of 2019 alone.

Blockchain technology is continuing to prove its versatility and extensive range of uses. Accordingly, local governments like the Fuzhou City municipality have launched measures to accelerate the development of the blockchain industry.

China has been in the spotlight since banning ICOs in late 2017. Moreover, localities are struggling to crack down on illegal fundraising for blockchain projects. Despite this, blockchain technology has taken a life of its own. This is because its uses are over and above strictly cryptocurrency application.

The regions are mostly in the southeastern part and northeastern regions. As such, this reflects well on blockchain adoption since the areas are well developed. Moreover, facilitating blockchain development in the densely populated regions bodes well for growth.

The National Development and Reform Commission solicited information on Guidance Catalogue for Industrial Structure Adjustment (2019, Consultation Draft). This request is also relevant to the blockchain industry. As such, the central ministries and commissions aim to promote the research of blockchain technology. This works in the form of trial execution, rural Internet finance, and traceability of rights, digital identity, and network speed reduction among others.

This era of blockchain will have implications on big data, cloud computing, and information technology services. Accordingly, the industry needs laws and regulations to facilitate meaningful growth. The Ministry of Industry and IT also released a publicity list of pilot projects including blockchain projects. In general, the central commissions and ministries clearly appreciate the importance of blockchain.

Under the tutelage of central ministries and commissions, the various province and city administrations are enacting blockchain regulations. For instance, Guangdong province issued a total of 12 pieces of blockchain policy.

This was a remarkable 11.32 percent of all policies. Moreover, the local government issued policies to promote scientific and technological innovation. Similarly, Guangzhou issued 7 while Shenzhen issued 3 pieces of policy information respectively. Accordingly, these will support the growth of the blockchain industry as a whole. Other areas with such proposals are Zhejiang, Hangzhou, and Ningbo. The Fujian provincial government is perhaps most notable with 10 policies.

The addition of blockchain development into the plans of many local governments is remarkable. The data, computing and algorithm aspects of blockchain application can benefit from the extra funding and support. Besides, the country will be able to regulate blockchain which is better than a nonchalant policy. The scientific and technological impact of the blockchain is yet to be fully realized. Accordingly, this motivation to make use and understand the full extent and impact of blockchain technology is immense.

China has an interesting blockchain landscape and these efforts by provincial administrations make it even more colorful. The regulations relating to virtual currencies and mining are obviously tougher. Regardless, China still remains an exciting jurisdiction for blockchain and artificial intelligence research.