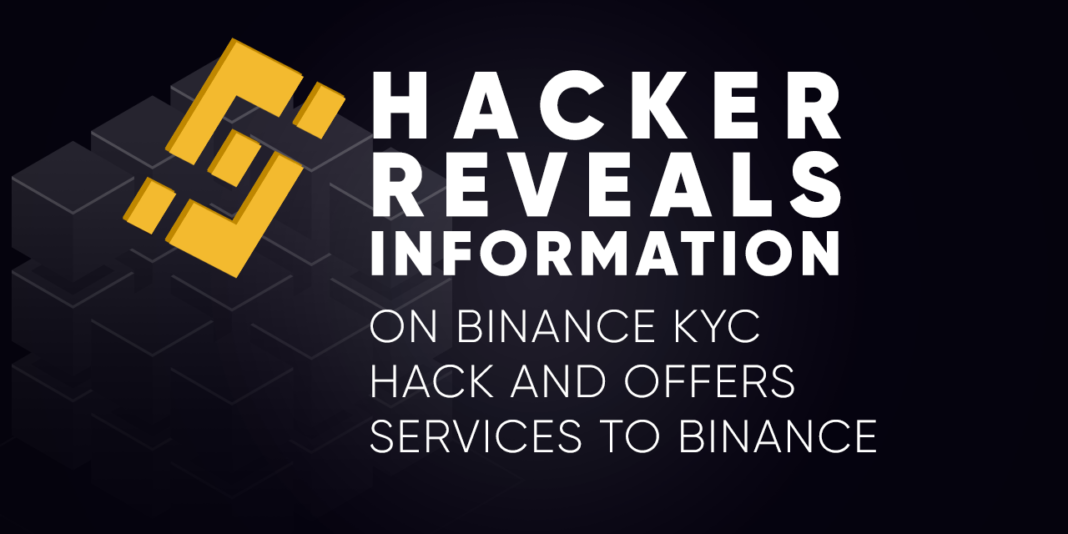 A hacker named “Banatov Platon” has revealed further details about the Binance KYC hack to CoinDesk, claiming he is behind the release of the data after hacking other scammers and obtaining the information.

For those who hadn’t seen the news, Binance had their KYC data leaked to the public with users’ private information in view for the public to see. This was a PR disaster for Binance and added to their security woes after the exchange was hacked in May, stealing 7,000 BTC.

But it seems that the May hack is linked to the KYC release, with Platon claiming that he was the one behind the leak after hacking those behind the initial hack of Binance.

Platon, took this measure after asking for 300 Bitcoins in July when “negotiations” broke down between Platon and  Binance’s Chief Growth Officer (CGO) Ted Lin after a month’s negotiation.

The hacker released 500 photos for 166 people’s KYC to an open file sharing site, under the pseudonym “Guardian M.” on August 5th.

To add weight to his claims, Platon then revealed the conversations between him and Lin to CoinDesk.

given the damage from your FUD campaign is already done, whatever bounty you were asking for the information would be significantly less. As i said, we don’t react to extortions.  But we are willing to get more information relating to perpetrators if you have useful information that can enable us to put bad guys behind bars and recover funds.

as i said i don’t need your money

i am out of deal already

i am not expecting you to react either.

but i love to see insider’s and those hacker’s reaction when news is published. once again i am not interested in your reaction.

I thought you want to see those hackers caught?

i wanted. but not now.

i rather step away and keep watching.

We are still interested in paying for information that can lead to arrest of hackers, insiders, recovery of funds.

Let us know if you have more info that can achieve those.

We were going through verification of the type of info you have before you decided not to talk.

Let me know if you change your mind and want to continue.

Thanks for your help.

Hacker wanted a role at Binance

The hacker originally offered his services to Binance to be a consultant for their security team. Platon has reportedly reached out to Lin and told CoinDesk he said:

He continued, “I personally wanted to make Binance world’s first exchange that captures hackers. It will be extremely positive for Binance’s reputation.”

Ted Lin reportedly responded, saying he would give money for information to catch the hackers involved but would not be exploited and refuted Paton’s “FUD activity”.

But Platon said it was not money he was after, rather smugly stating:

“When I require money, I can just hack out one exchange account balance (hacker’s). I could retrieve more than 600 or 700 coins easily by hacking hacker’s wallet.”

It would appear that Platon is on a one-man mission to humiliate Binance. The hacker was clearly angry at the rebuttal for his services and wanted to illustrate the true nature of Binance and its lax security.

He alluded to this in a statement, saying: