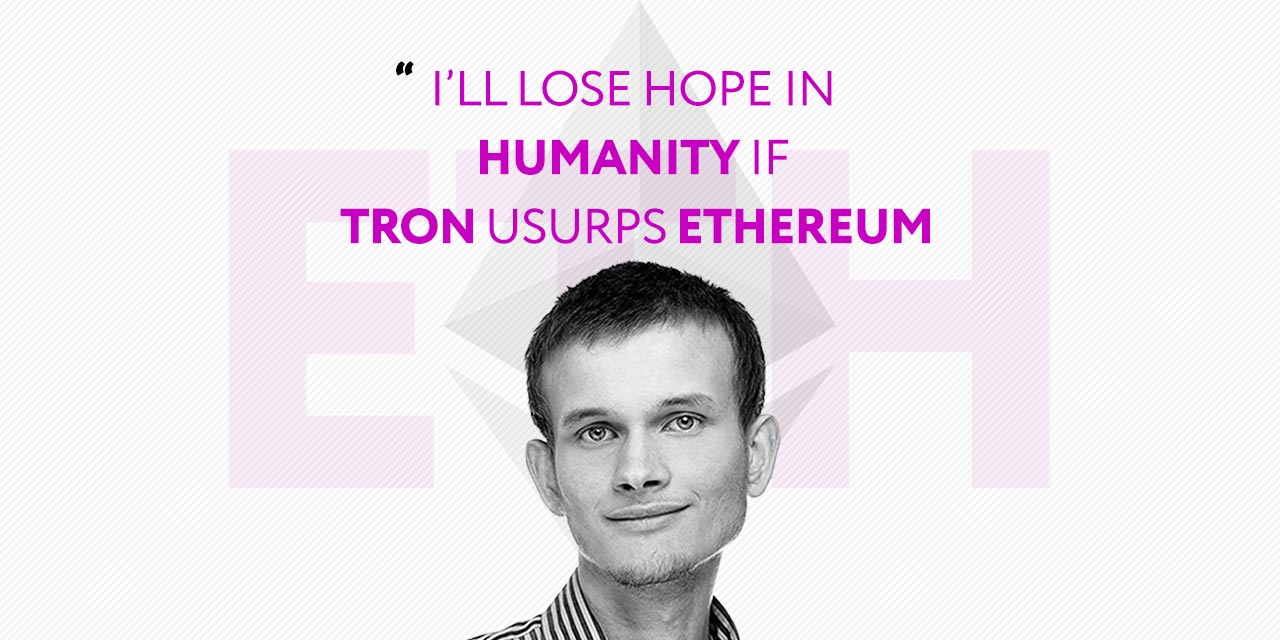 The feud between Tron and Ethereum has hotted up as both company’s founders traded barbs over social media and in interviews.

Ethereum founder, Vitalik Buterin caused the greatest stir following his response to a question on the Unchained live event. The host Laura Shin asked him how he would feel if companies overtook Ethereum. According to a report by BreakerMag, in response, Vitalik claimed that he would not mind seeing many companies surpass Ethereum but should Tron ever overtake, he would:

“have lost a certain amount of hope for humanity, not nearly all.”

Following the news, Tron founder Justin Sun chirped back on twitter taking a sarcastic swing at the Ethereum CEO. On Twitter he claimed Ethereum would erect a nice monument for Vitalik Buterin and his ETH in remembrance of his massive contribution to the crypto community.

The potential for Ethereum to fall behind an emerging altcoin is possible, something Vitalik conceded in the Unchained interview. One such company is Polkadot who, from reports, raised millions of dollars and claimed to employ a “heterogeneous Multi-chain technology” ensuring that “transactions can be spread out across the chains, allowing many more to be processed in the same time.” Yet, the Ethereum founder doesn’t see this company as a stiff nemesis in the future.

One nemesis that is persistent for Vitalik is Tron’s founder Justin Sun. The duo has gone at it for a while and there is certainly no love between them. Tron has continued to grow since the takeover and creation of BitTorrent. They are without a doubt the industry leader on dApps too. Ethereum it seems is a fading power, yet they are the second biggest coin and will remain a popular place for buying and platforming coins, especially in the gaming sector.

If you want to know a more insightful breakdown, please refer to this article comparing Tron, Ethereum and EOS.