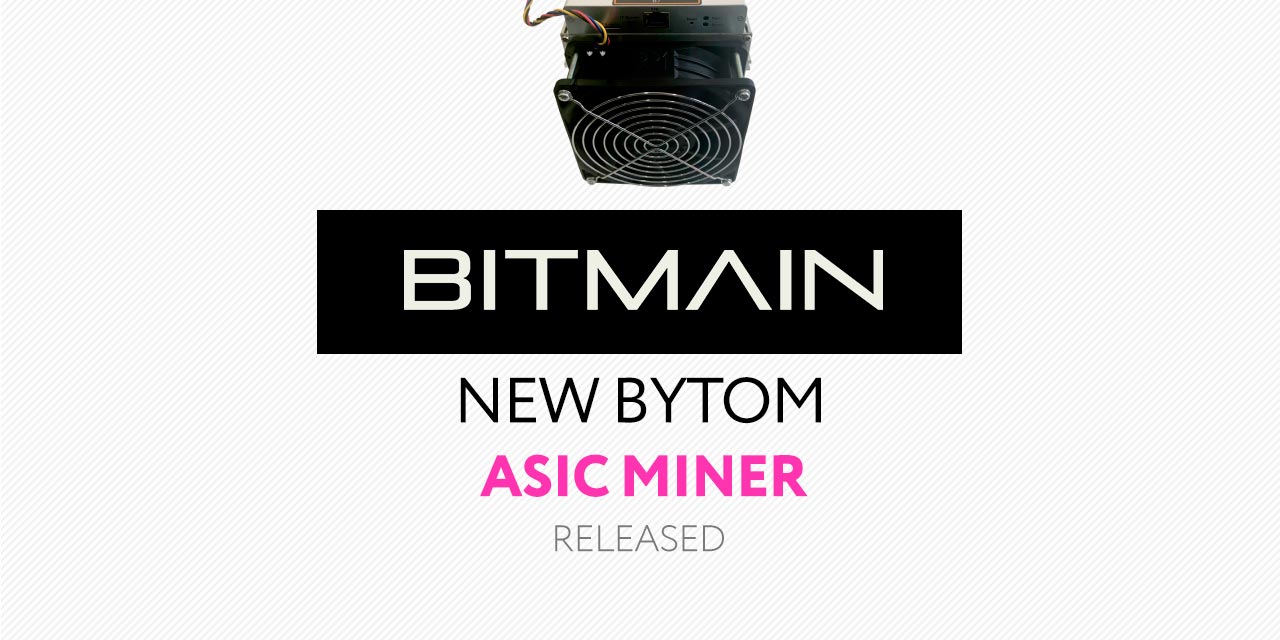 Bitmain, one of the largest manufacturers in the industry and ASIC miners have released a new 96KHS ASIC miner for Bytom (BTM). The successor to the Antminer B3, the new device is called the Antminer B7.

Currently, the Antminer B7 is available on the Chinese Bitmain website and is expected to deliver 96 KHS hash rate and power usage. The price is set at $1500 or 9900 Chinese Yuan, yet delivery to Europe and the US as well as taxes makes it much more expensive and could cost around $2,000 USD.

Not only that, GPUs are also a lot more popular than before and have proved a stern rival to the ASIC, especially with regards to BTM mining which is profitable when using this method of mining.

The NBMiner 21.0 GPU miner built for Bytom (BTM) is also capable of delivering 3.4 KHS for a GTX 1070 Ti, 5 KHS for the GTX 1080 Ti and also 11.5 KHS for the GTX 2080. In this case, according to Bitcoin Exchange Guide, “a mining rig of eight GTX 2080 GPUs will be needed to have a similar hash rate to the one provided by the new Antminer B7.” However, GPUs do use more energy and are more costly to run.

Bytom is a popular coin within the market. Ranked 56th on CoinMarketCap with a market valuation of $91,833,430 USD. Since of the turn of the year the coin has been moving steadily in the market neither up nor down dramatically. Their hash rate could rise with these recent developments though.

Bitmain, has been dogged with issues and problems in recent months. Reports of financial issues, shutting down of offices in Israel and Amsterdam as well as personnel changes, have persisted and many believe that Jihan Wu, the companies co-founder, has started plans to move onto a new venture with other former Bitmain staff, as reported by Asia Crypto Today this week.