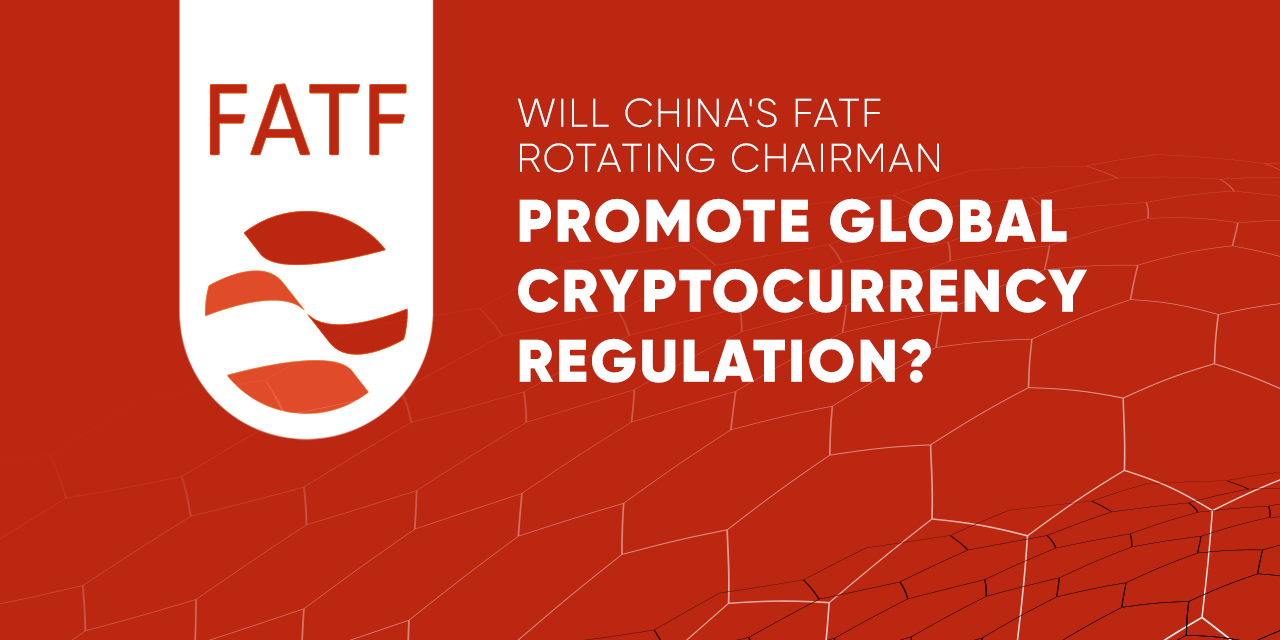 China has signaled its intent to affirm the Financial Action Task Force role in enforcing anti-money laundering and combating financial terrorism using crypto. This cooperation is made even more important as China takes over the rotating chairmanship of the FATF.

Liu Xiangmin, director of the legal department of the Chinese central bank, has taken over from American Marshall Billingslea. Xiangmin took the helm on July 1st.

This comes in the aftermath of the V20 summit in OSAKA where FATF sought to explain its new regulations. Chen Yulu, deputy governor of the People’s Bank of China explained China’s position:

“We will work with members to conduct a strategic review of the work of the Financial Action Task Force, sort out the challenges and clarify the strategies. We also look forward to the Osaka Summit to continue to affirm the Financial Action Task Force on anti-money laundering and anti-terrorist financing. The important role will be to promote international cooperation in anti-money laundering and anti-terrorist financing with all parties….

The Role of the FATF

Furthermore, the institution presented the “Guide to the Virtual Assets and Virtual Asset Service Providers (VASPs) Methodology Framework” at the G20 summit. These guidelines are effectively meant to root out such elements within crypto. This is because cryptocurrency is synonymous with anonymous decentralized transactions that criminals can utilize.

FATF has been in existence since 1989. This is because a then G7 summit decided to have a body to combat international money laundering and financial terrorism. At the moment, it has grown to 36 member countries and regional organizations including China. Resolution 2462 (2019) adopted by the UN Security Council essentially confirmed FATF as a trendsetter in AML and financial terrorism.

Liu will, therefore, also give priority to promoting work within China to promote effective AML action nationally. He previously served as Vice Chairman of the FATF alongside his role with the People’s Bank of China. There, he helped form policies in the countries finance sector is tremendously experienced. Moreover, he was the head of China’s FATF delegation for some time.

Bitcoin and other cryptocurrencies have become significant entities in finance. With a market capitalization of hundreds of billions of dollars, their presence is certain. Moreover, major exchanges conduct billions of dollars in trades daily. This is obviously something regulators across the world have their eye on. Cryptocurrency features decentralization and this facilitates easy cross border transactions makes it lucrative for criminals.

In this era of international terrorist groups like ISIS, this is obviously a grave risk. FATF has even revised terrorism financing legislation to include “virtual asset service providers”. This means that the new guidelines will introduce effective KYC requirements to VASPs across the world.

Accordingly, the guidelines focus on dealing with illegal money laundering in the global cryptocurrency channels. It goes without saying that FATF considers the threat of criminal and terrorist misuse of crypto a serious issue. FATF, however, only issues guidelines and it is up to respective members to investigate and prosecute.

China has been on the frontlines of crypto regulation since 2017 with the ban on ICOs. The fact that the Chair of FATF is from China means that the organization will promote an increase in regulatory measures moving forward.