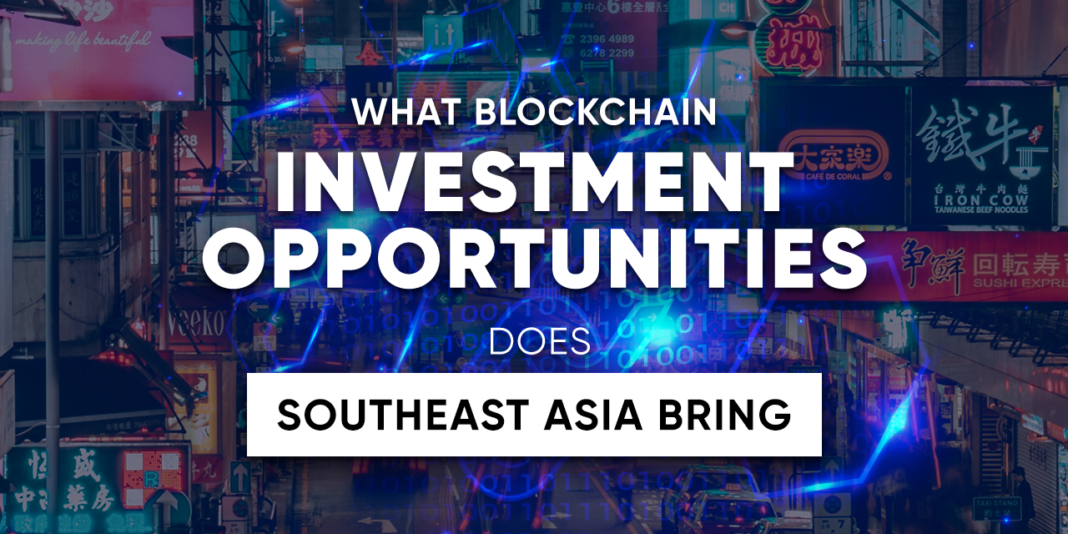 The subregion of Southeast Asia, a must for young travelers and now it seems, a great place for investors too. According to reports, many Chinese investors are looking towards the region to invest.

A Smithfield’s law firm survey saw 47% of big Chinese companies say Southeast Asia is the preferred investment destination for the next three years. So, why is South East Asia looked at as THE place to invest?

Why do Chinese investors look to Southeast Asia?

Consisting of eleven countries: Brunei, Cambodia, East Timur, Indonesia, Laos, Malaysia, Myanmar, the Philippines, Singapore, Thailand and Vietnam, the region has seen a history of embattled politics and economies, but now it is more settled and seemingly ready for growth.

With the region’s sizeable population, currently at 664 million based on the United Nations estimates, the area certainly has a large market. Partner that with a favorable demographic dividend, lax tax laws and you can see why Chinese investors have begun looking at the area more keenly.

The statistics on investment in the area back up this change in outlook in recent times. The ASEAN Investment Report 2019, showed the total investment in FDI (foreign direct investment) in the ASEAN region had reached US$149 billion in 2018.

Countries like Vietnam have seen rapid investment, especially from China, with which they share a border. According to Jinse, “the approval of new investment from China in January-May 2019 has increased to nearly six times that of the same period last year.” Thailand has also seen investment double from January to March.

Investment is certainly increasing in the area, but what kind is an important question. Have blockchain and cryptocurrency companies been amongst those companies who have looked to South East Asia?

Have blockchain and crypto companies looked to South East Asia?

The answer to that question would be a firm yes. Blockchain has truly taken off in the region. The “Asia-Pacific Science and Technology Innovation Development Report” released by the China Investment Group, highlighted artificial intelligence and blockchain as the key areas for technology development in Southeast Asia.

Nations like Singapore leading the charge in Asia in terms of application and acceptance of related companies. Singapore has become the unofficial home for ICOs since the Chinese ban. It has also accepted blockchain technology wholeheartedly with numerous companies as well as the government seeing its transformative power.

The Philippines is also blockchain and cryptocurrency-friendly, with blockchain in banking as well as regulations on digital assets. The nation’s Union bank is also planning its own cryptocurrency and a cooperation with Singaporean banks using blockchain.

Malaysia is also another nation that has not stifled the usage of blockchain, especially in banking. Thailand, who had previously been skeptical is now looking to regulate and has approved four exchanges (Bitkub, Bx, Satang Pro, and Coins) in the nation. Indonesia also followed suit, with Bank Indonesia (BI) announcing plans to launch its own digital currency.

In terms of companies investing, the aforementioned nations and their more lax regulations in terms of blockchain and cryptocurrencies in the region, has seen investors flood into the region. IBM created a $140 million cooperation program with Krungsri,a major financial institution in Thailand, which focused on digital banking and blockchain technology.

Cryptocurrency companies like NEO and OkEx have looked to make inroads into Vietnam, holding many conferences there and looking to set up and invest in the nation. Some crypto companies are even coming out of the region. One such company is BTC bank, a large exchange who is looking at setting up branches in Vietnam, Thailand, and Malaysia.

Clearly, with its huge population, willing public and political stability, South East Asia is fast becoming more than just a tourism hotbed but a place for investment and riches. Expect to see even more blockchain and cryptocurrency companies head there in the future.