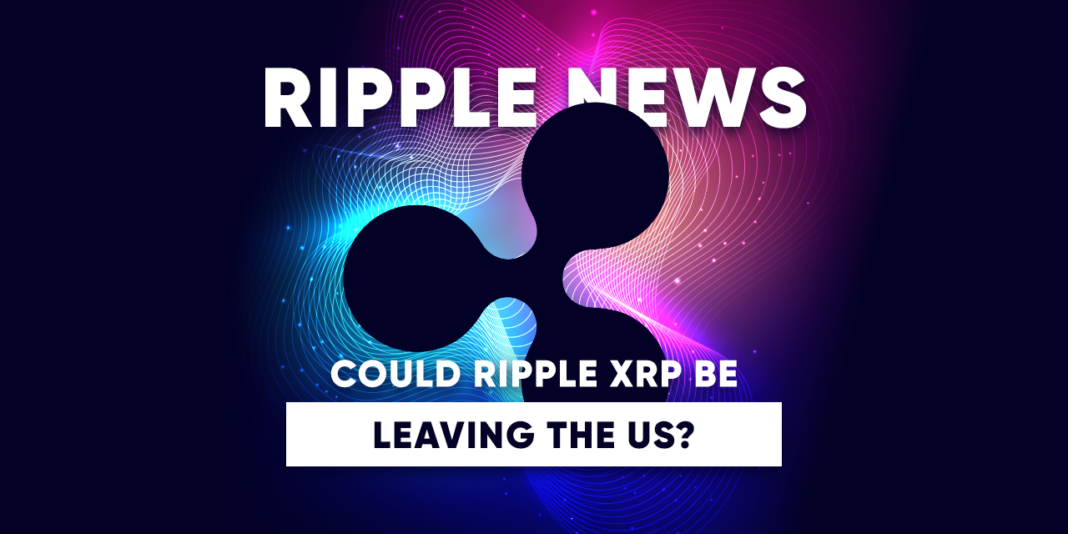 Ripple (XRP) could be leaving the US it has been revealed this week as their head of global institutional markets, Breanne Madigan, issued a stern warning to the nation’s regulators.

In a blog post on ripple.com titled, Blockchain Innovation: Opportunities, Challenges and Policy Implications, Madigan, spoke on XRP’s usability. However, the final paragraph is what made headlines in terms of Ripple news.

Under the subheading, “Need for Flexible Frameworks”, Madigan sent a strong message to the US bemoaning the “lack of clear, consistent guidance from the U.S.” The full paragraph read:

“Throughout the industry, there is concern that a lack of clear, consistent guidance from the U.S. could lead to a talent flight where innovators and companies will gravitate towards regions with defined regulatory frameworks.”

“No doubt, as the industry continues to mature, governments and policy makers are feeling the urgency for more regulatory clarity. The U.S. and other pro-innovation countries can set the tone for the rest of the world to follow. And we hope that they will.”

Currently, the US has a large cryptocurrency industry but a government that has been slow to react to the changing technologies and growing industry. Much of the confusion and lack of regulations is being seen with Libra’s grilling from lawmakers.

Ripple, who performs much the same function as Libra hopes to, with cross border remittances, is without a doubt worried by what is playing out at the moment. Brad Garlinghouse, Ripple CEO said he was concerned that Ripple is going “to get caught in the crossfire?”

This is probably why Madigan and Ripple are calling on the US government and lawmakers to provide more regulatory clarity. Perhaps, Ripple could look elsewhere, maybe to Asia?

Ripple works from within

The news that has appeared today perhaps shows that Ripple is not ready to go and is looking to work from within. According to a Forbes report, Ripple is opening a global regulatory team which has been expanded and is opening an office in Washington D.C. This would make it the only blockchain/crypto company to have a dedicated regulatory team.

The US should look towards Asia as a guide for regulations. Nations in Southeast Asia have given clear regulations and this has prompted an influx of crypto and blockchain talent. Countries like Thailand, Singapore and the Philippines are providing clear regulations. Bigger nations like Japan have also given regulatory measures.