Asia Crypto Today
Home News Asia News The Chinese market is the most important for Tether (USDT) and a... 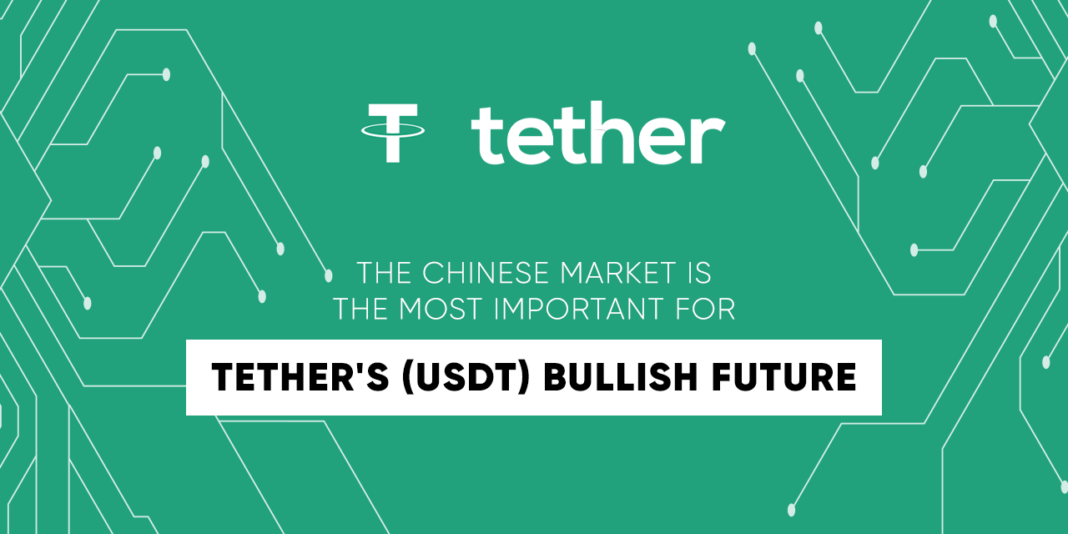 With a market capitalization of over 4 billion US dollars and a 24-hour volume of slightly above 15 billion US dollars, Tether (USDT) remains to be the dominant stablecoin and China is the unlikely main market.

In a recent report, China has continued to overshadow the United States in terms of USDT trading. For example, Chinese virtual currency exchanges account for 60 percent of the global USDT trading. The report by Diar noted that six months into 2019, China is responsible for more than 10 billion USD dollars in USDT trading. Unfortunately, the perceived ‘big’ market (US) for USDT accounted for only 450 million in USDT trading.

Despite the ban, China is leading

With the crypto ban in China still active, USDT traders prefer to use over the counter (OTC) avenues. According to the co-founder of Ethfinex, a crypto exchange, Will Harborne:

“The majority of USDT’s customers are OTC counters, which are sold in bulk to investors or large traders. For example, an OTC platform will sell BTC to large US buyers, and then it will exchange USD dollars for USDT to spread a portion of this large order to transactions such as Bitfinex and Binance for better liquidity and transaction price.”

Additionally, there have been complaints that Tether has been flooding the market with its stablecoin. However, according to Harborne, this is not the case. The Ethfinex founder noted:

“When people see a lot of USDT being cast, it means that a few wealthy customers have booked these big USDTs a few days in advance, and then sell these USDTs on the market, and this is usually before Bitcoin starts to rise.”

Binance, one of the leading virtual currency exchanges in the world, picked up another USDT trend among VIP and institutional clients.

According to a survey by Binance:

“When it comes to stablecoins, nearly all the respondents use stablecoins for various functions such as trading and as a store of value. …With USDT being the go-to stablecoin.”

An earlier report by Binance released in May noted that the first four months of 2019 recorded the highest trading activity for USDT and other USD-backed stablecoins. As per the report, the most significant net inflows for most stablecoins was recorded in January “but the subsequent three months had more redemptions that deposits.”

Not been all rosy for Tether

Unfortunately, USDT dominance was slightly shaken by the recent Tether turmoil. In April, the New York Attorney General (NYAG) accused Bitfinex, a crypto exchange, of losing $850 million customer funds and using Tether’s reserves to hide the deficit. The accusations led Tether to admit that USD reserves back only 74 percent of USDTs in circulation. Although the case is not yet over, Bitfinex was allowed to continue operating.

On Monday, Joel Cohen, a New York Supreme Court, said that he needed more time before giving way forward for NYAG’s case. Cohen would be determining whether to dismiss NYAG’s case or reject Tether and Bitfinex’s motion to have the case dismissed.