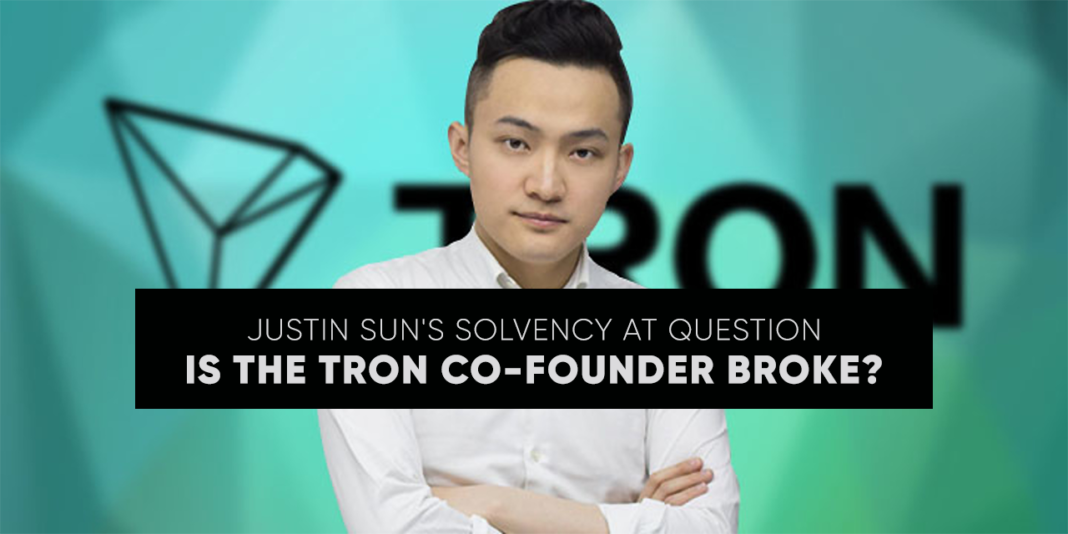 “Anybody know if Justin Sun is hard up for cash? He isn’t letting the last payment for BitTorrent get out of escrow”.

Sun purchased BitTorrent in a $140 million deal, bringing the P2P file sharing platform’s 100 million users to TRON. He then took on the BitTorrent staff at his Tron head offices in San Francisco.

Pundits claimed that Justin’s purchase was meant to bring some legitimacy to Tron. The blockchain startup has been accused of plagiarizing Ethereum and FileCoin in its development. Most crypto fans have in the past, questioned Tron’s actual use case. There were speculations that perhaps Justin wanted to use the P2P architecture of the platform to mine coins across its extensive user network.

The Bittorrent news comes after Justin Sun and his rather odd character have been trending topic this past week. The 29-year-old skipped his Power Lunch date with Warren Buffet, with the official line saying it was because of health complications.

Ashwin Navin and Bram Cohen founded BitTorrent in 2004. It was a huge hit then, enabling peer-to-peer file sharing and storage networks. The platform became a prime inspiration for the growth of the decentralized network architecture, which relies on computers as nodes. The startup, however, got into a lot of scuffles for its file-sharing technology that was used to share copyrighted material.

One notable event is that Cohen left the BitTorrent ahead of the acquisition. Sun went on with the purchase and soon after launched a BitTorrent ICO that fetched $7 million in 15 minutes. Amongst his other woes, the eccentric CEO of BitTorrent and founder of Tron is also embroiled in a fight with the Chinese authorities.

There have been rumors that he had been detained in China pending investigations. He however swiftly took to social media, live streaming videos of himself in San Francisco.  Cohen’s accusations were questioned on Twitter. The Chia founder claimed that the escrow agency said that had not signed off the payment.

Nevertheless, there seems to be a delay in payments, according to Cohen. On Twitter, Cohen asked Sun, “And do you have an explanation for not signing off on it two months ago when it was scheduled to happen?”

While Cohen did step away from BitTorrent’s day-to-day operations, he remains a significant shareholder. It is said that he is owed a large portion of the final $140 million sale value by Sun.

A bad period for Sun

There are rumors that Sun, has published an apology on Weibo, a Chinese social media platform. He apologized for over-promoting his date with Warren Buffet and his other acts. Tron also added security and looked for a government relations officer following illegal fundraising and other nefarious activities which have landed Sun in trouble in his native China.