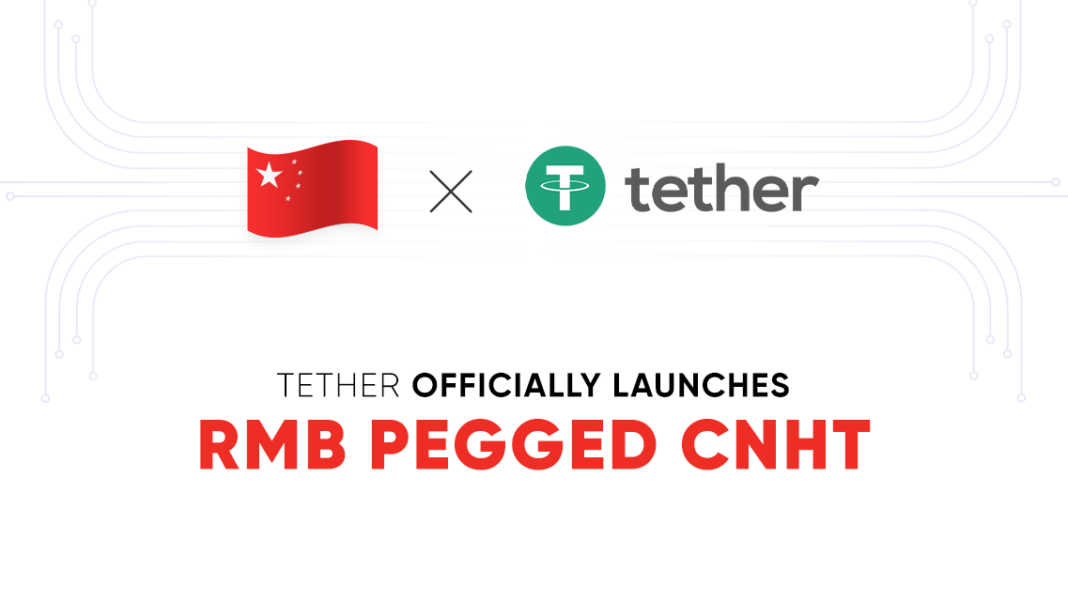 Tether has announced a new stable coin tied to the Chinese Yuan. The stable coin firm’s new token is pegged to the offshore Yuan and is dubbed CNHT. In a September 9 announcement, the firm said:

“We are pleased to announce the addition of offshore Chinese yuan (CNH) to our basket of supported currencies, and the launch of a new stablecoin, CNHT. CNH represents a further expansion of Tether’s capabilities in facilitating the digital use of traditional currencies, such as US dollar (USDT) and euro (EURT). CNHT is pegged to CNH, and will initially be available only on the Ethereum blockchain as an ERC-20 token.”

The stablecoin firm’s other product, the USDT has had a consistently good performance in the market.  The token’s market cap is now beyond the $4 billion mark. USDT has attained a $1.03 price in the last 90 days, and as its price surges forward once more, traders are purchasing it in bulk, eyeing a better upturn in the coming weeks. The USDT, unlike the CNHT, is pegged to the US Dollar as USDT and the Euro as EURT.

CNHT to Promote the Offshore Renminbi

Stablecoins are unique cryptocurrencies that represent the value of other non-blockchain based assets or currencies. They resemble derivative products, and investors trust them, as their value is much less volatile than of actual cryptocurrencies.

The US Dollar is the most famous representation of stable coins. The CNH, the offshore Chinese currency is more market-driven than the Chinese Yuan, because it is less controlled. The Yuan is tightly controlled by China’s central bank and is less volatile than the CNH when it comes to speculative trading.

Tether has reported that it is releasing s their stablecoins backed by other assets. Soon there will be Tether stablecoins backed by commodities such as rubber, crude oil or gold. The recent move by Tether in the release of the CNHT is a rather strategic move for the firm, as the dollar’s value is currently undergoing turbulence as the Federal Reserve initiates its interest rate cutting measures.

Tether has said that CNHT will assist the firm in its efforts of promoting digital applications backed by traditional currencies.

Chinese Central Bank (PBoC) Might Not Smile At CNHT

Zhao Dong, one of the major shareholders at Tether’s sister firm Bitfinex, has said that the CNHT will also promote offshore Renminbi. He, in addition, said that a Belgian bank will manage the stablecoin. The CNHT will have the benefit of making Tether less dependent on an unstable dollar too.

Dong also added that the issuing of the other stablecoins had a critical purpose to the market. With stablecoins available that are backed by different commodities, the risks associated with large amounts of fiat funds left in banks as deposits will be reduced.

Crypto pundit Dovey Wan says that the CNHT move by Tether is probably going to send all the wrong signals to the Chinese government.

On twitter, Wan says “Tether gonna issue CNHT, a CNH peg stable coin … Chinese regulator can be easily pissed by this hope it won’t burn Tether …” further adding that the negative sentiment from the Chinese government may arise from the fact they are also working on an official digital RMB.