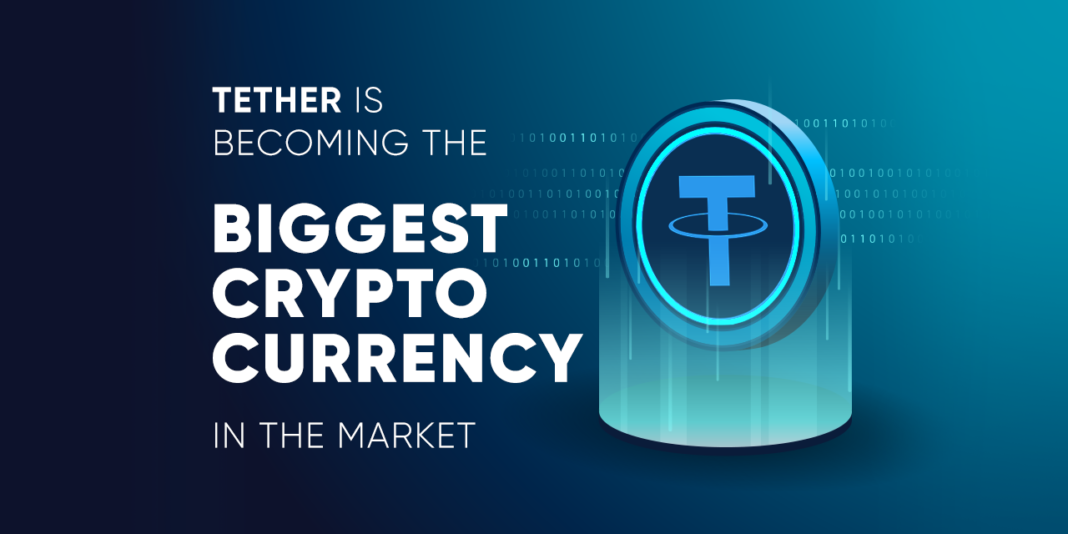 Bitcoin has always been the leading cryptocurrency in the market and is synonymous with the industry, but recent statistics have illustrated another token starting to take some of the shine away.

That token is stable coin Tether. The token pegged to the US dollar has proved to be almost as widely used as Bitcoin and blows most other coins away in terms of popularity.

According to reports using CoinMarketCap.com data, Tether is outperforming Bitcoin when looking at daily/monthly trading volume statistics. Tether has a trading volume of about $18 billion per day, which has at times outshone Bitcoin.

Previous reporting from ACT looked at the huge demand of Tether in China. The company is very popular within the People’s Republic and parts of Asia. This was illustrated by its plans to launch an RMB backed stable coin.  Despite its controversies, Tether appears to be leading the way.

“We invented the concept of a stable coin and Tether is the only stable coin that everyone uses…“The fact that Tether is now among the world’s most widely used cryptocurrencies shows that it is the trusted stable coin of choice in crypto. We are doing a good job in staying ahead of the competition. We offer much more diversity in our window of blockchains, being present on Omni, Ethereum, Liquid, EOS and TRON.”

What does this mean for Tether and Bitcoin?

This upsurge in popularity for Tether and a decline in supposed interest in Bitcoin could suggest a few things about how the public is perceiving both.

Bitcoin, with its fluctuations in price, is being seen as an investment, rather than a daily use token. Tether, with its low volatility, does lend itself to more day to day activity, like payments or paying wages.

The trend could also suggest that stable coins are becoming more and more popular, with their usage. The increased usage and various types of tokens being created on the market, this sub-sector of crypto tokens could be a very important one.