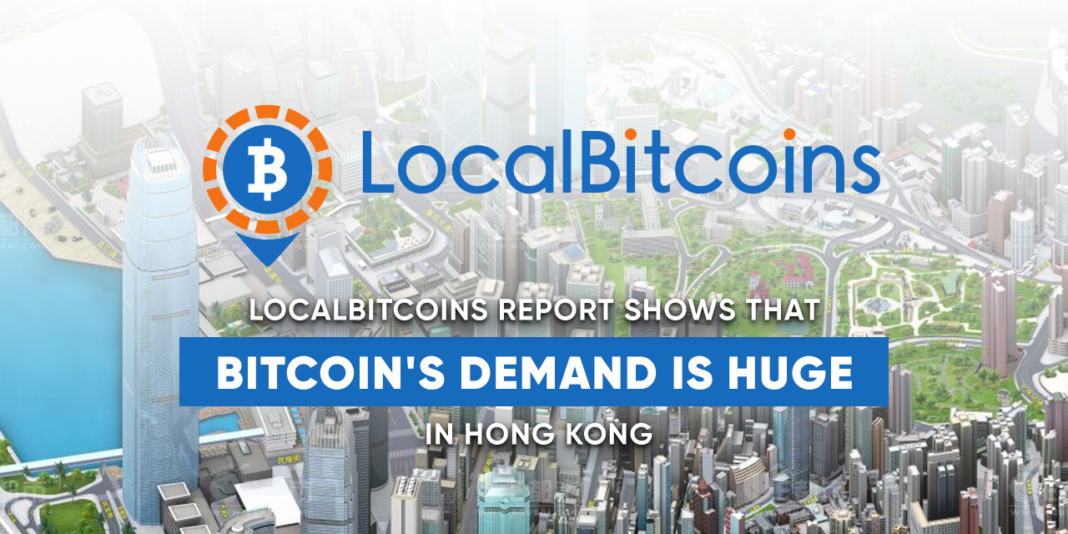 According to data from LocalBitcoins, a peer-to-peer Bitcoin trading platform, the demand for the world’s most valuable digital asset is skyrocketing in the city-state of Hong Kong. Spurred by the political uncertainty and relentless protests, Bitcoin-related trading volumes spiked to new highs in the week ending Sept 28, 2019.

Protesters in Hong Kong have been taking to the streets in protest at the closer ties with China, the nation who will take control in….. The catalyst for protest was a now withdrawn bill that would have necessitated the extradition of criminals-safe those accused of religious or political crimes, to mainland China, Macau or even Taiwan.

Many reports had shown that the protest was moving towards an economical version of protest, with protesters taking money out of local banks. Some major news sources claimed that protesting Hong Kongers are using more Bitcoin.

This narrative was however proven to be wrong by Charlies Yang, a trader at Genesis Block, who noted that the asset, unknown to many, was trading at a discount in China and that indeed there was no panic buying of BTC. Besides, most protestors said to be “ramping up Bitcoin” had no idea what cryptocurrencies are. Talking to Michael Gu of Boxmining, the analyst further added that political discontentment doesn’t automatically trigger demand for Bitcoin.

Government agencies are rumored to be counteracting this rise in economic defiance by increasing their surveillance and tracking through payment apps. In response, protests are going “dark”, and that could explain the sharp uptick of Bitcoin trading volumes. According to Mati Greenspan, an analyst at eToro, a social trading platform, as much as 13 million HKD changed hands in the last week.

Bitcoin, the world’s most valuable digital asset, is built on the auspices of decentralization, privacy and openness. Designed to be money, it is an alternative to government-issued fiat, and understandably, the pseudonymous nature of BTC could explain the sudden demand of the asset in this peer-to-peer network.

As the demand for safe-haven assets increases, Bitcoin stands to be a major beneficiary. Slowly evolving into a reliable store of value, rivaling gold in certain aspects, holding Bitcoin in the city-state is nonetheless considered risky. Based on a transparent blockchain, BTC related transactions are trackable. Considering China’s government monitors fiat-transaction, BTC could prove to be a channel for financial independence and a shield against surveillance and increased privacy.