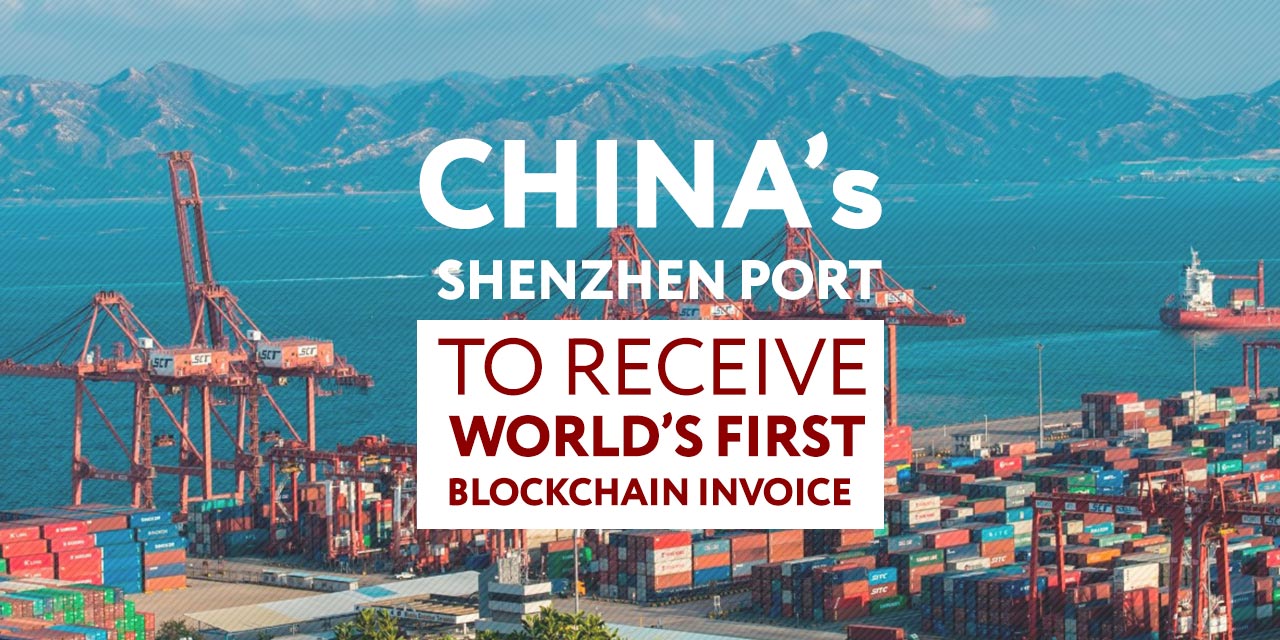 China has continued its acceptance and utilization of blockchain and added another entity that uses the technology, as the Shekou Container Terminal opened the country’s first port blockchain electronic invoice.

On the morning of April 26, in Shekou, Shenzhen, a city in the south of China, at exactly 10:58, the owner of the company, Zeng Jie, the general manager, completed the procedures for picking up the goods and completed the WeChat payment. With that transaction, the first blockchain electronic invoices of the national port were successfully generated.

The invoice blockchain technology will revolutionize the way people do business and crucially their taxes. According to Jinse:

“The use of blockchain electronic invoicing can simplify the billing process, enhance the customer experience, optimize the invoice management model, and improve overall efficiency.”

Currently, the technology is in its early stages and the paper version of invoicing is still in use. Li Hongwu, general manager of Shekou Container Terminal, believes this will change soon and the whole system will become paperless in due course.

Shenzhen is often seen as the new home of technology in the world, with various tech insiders and inventors living or working in the Chinese city. This is not the city’s first dabble with blockchain technology.

According to reports, in May of last year, China’s first blockchain-based electronic invoice for a subway ride was issued at the Futian Station of the Shenzhen Metro.