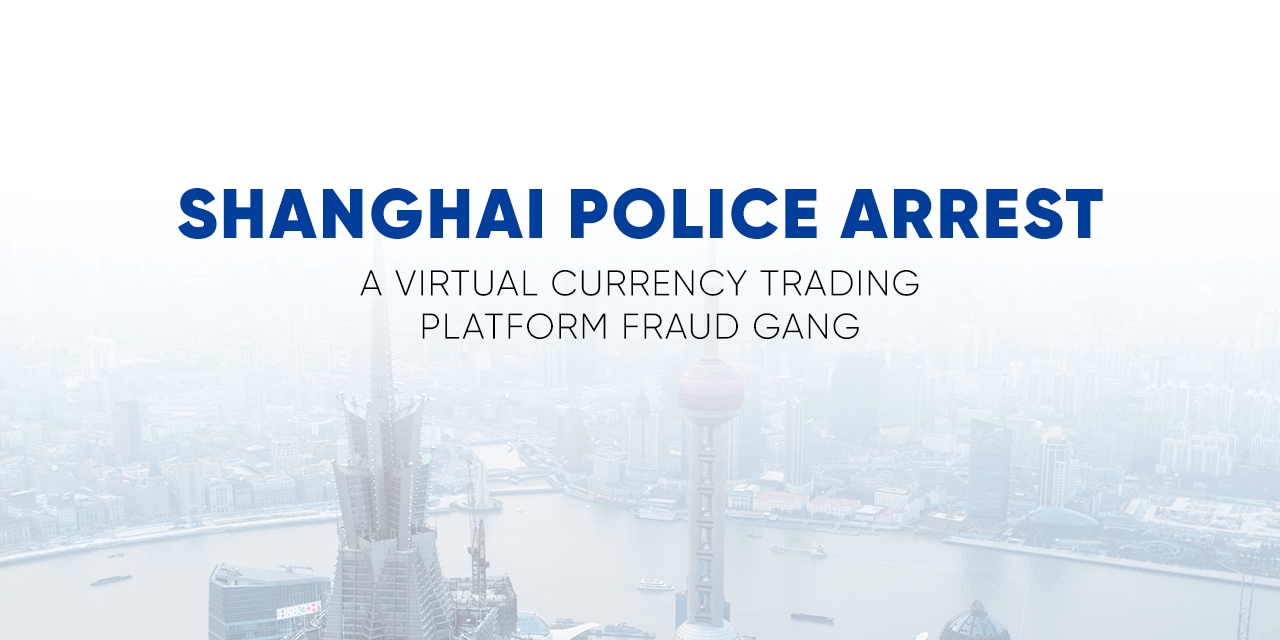 Shanghai police have arrested an alleged crypto scam it was revealed this week in local Chinese news outlets.

On June 23rd the police raided various sites and offices, rounding up the gang which has taken large amounts of money from victims they duped in a crypto related scam. The police, in a released statement, said they arrested 18 suspects.

According to reports, the Shanghai-based group would create a team and have an unlucky victim within it. They would then plan to make an exchange as a team and then when the victim had put in their funds, they would drop the price of coins in a backend operation and take off with the money.

The tactic is similar to ones used by many stock market scams and it now appears to have made its way into the crypto space with the revelation of this arrest. It is yet unknown whether the police has been able to retrieve any funds lost or if a trial date has been set.

Scams have long been a recurring issue for the crypto community. From Bitfinex to OneCoin, many have been burned in some of the biggest scandals. Exchanges, investors and users are all possible prey for hackers and con artists.

Many companies have looked to combat hackers and scam artists, yet it is an increasingly difficult task for many. The Lightning network has proposed watchtowers and various exchanges pay large rates for security.
China is often a fruitful place for these scams to take place. OneCoin took most of their funds from the People’s Republic, and now with this Shanghai scam, it is another scam to add to the list. These events are probably a reason for China’s ban on bitcoin and mining, as well as ICO