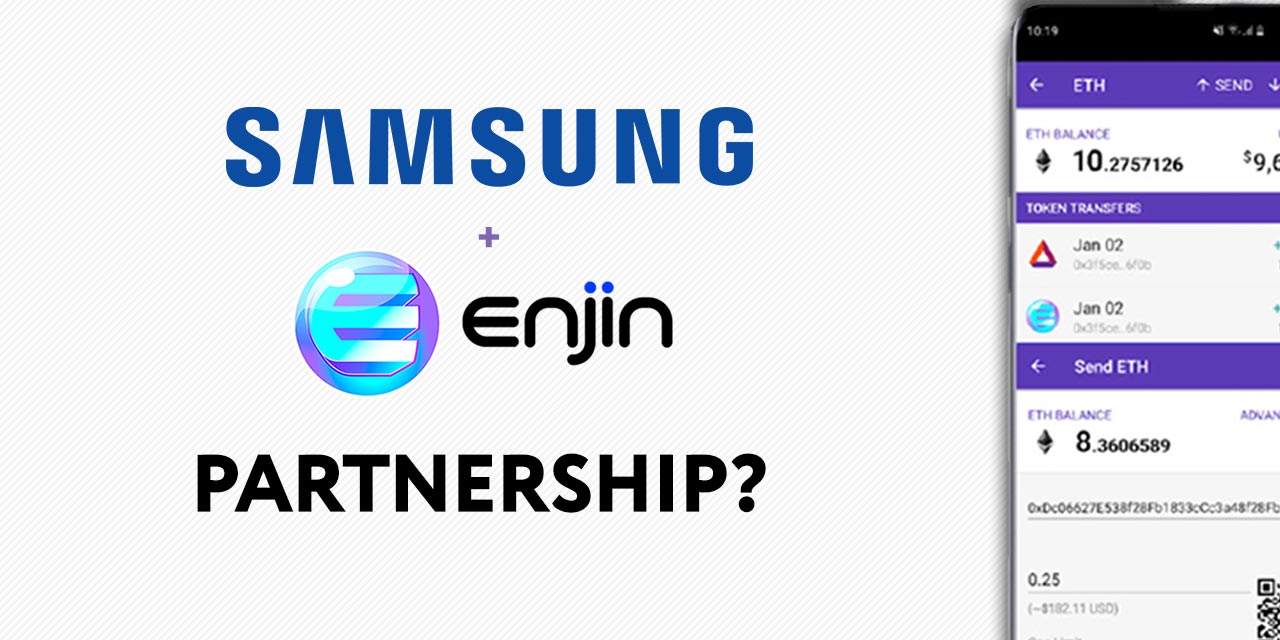 BREAKING: Enjin scores the biggest partnership in crypto history: Enjin wallet will be installed on Samsung phones and will be used for “Sending of crypto assets”. The feature is expected to be released in the mainstream flagship, Samsung S10, reaching over 31 Million Android users. Enjin Wallet will be used for the sending and receiving of ERC-20 tokens and ERC-1155 crypto game assets. Is this the biggest partnership in crypto history ever?

According to our anonymous Korean sources, the Enjin Wallet has been chosen as the partners for the new flagship phone. The 2nd largest Korean Telecom company (Tworld) has posted this following image on the S10 Product listing:

The above image features both the Samsung Blockchain Keystore and the Enjin Wallet being used for “Sending of crypto assets”. The image also features coin (ENJ) and Basic Attention Token (BAT). This image would come directly from Samsung as telecom companies would their partnerships by providing altered / their own photos.

UPDATE: Another video appeared with Enjin wallet logo in the presentation from Samsung

Samsung has strong ambitions to be a top blockchain gaming player. By making the blockchain experience one of the key aspects of the S10 flagship phone, they are looking to blockchain to “secure distribution of data, insurance and contract verification, content copyright management, direct sharing of content, in-game goods ownership, digital asset management transactions.” Recently Samsung has also announced a partnership with Unity to make games run faster on the S10.

originated as a gaming company and have since evolved into a blockchain company specializing in crypto wallets so they would appear to be the perfect fit and have the ideal expertise for Samsung. According to their website, “The Enjin Smart Wallet foundation rests on the top-of-the-line security architecture” and calls itself, “The most secure mobile wallet in the world.”- something that will be useful as Samsung has continuously swatted away questions over.

Enjin is a perfect fit for Samsung as they are a company with extensive Blockchain experience and expertise. The Enjin team created the ERC-1155 asset class on the Ethereum blockchain, a token class used for in-game goods and digital item ownership. ERC 1155 and ERC 721 have taken the world by storm last year, introducing the world to non-fungible tokens such as cryptokitties.

The Enjin Wallet is currently available on iOS / Android and supports all ERC-20 and ERC-1155 tokens. It also has an inbuilt exchange feature allowing quick and easy conversion of digital assets. By integrating this wallet, Samsung will easily overtake competitors in the cryptocurrency scene. This will make Samsung major gateway into crypto, as they can control the fiat onramp with Samsung Pay and exchanges between cryptocurrencies via Decentralized Exchanges (Kyber, Changelly) offered by Enjin Wallet.

About the Samsung Blockchain Keystore

The latest addition to the South Korean brand’s extensive range of phones, the S10 will be a direct challenge to the other top of the range phones in the market and its blockchain keystore may set it apart from the competition. Furthermore, with this proposed partnership with Enjin, this could also see Samsung branching into the crypto gaming world. Currently, Enjin is building a plugin for Unity to be able to settle crypto transactions during games and this could see Samsung move into this area too as the partnership builds.

With all this talk about the S10 and blockchain, you might be fooled into thinking this was just for crypto enthusiasts but this is ultimately a phone for the masses, which could make this an even more exciting prospect for a future endorsement by the world towards Bitcoin.

Yet they are not the first phone brand to embrace Bitcoin and blockchain. Last year, Chinese smartphone company Huawei embraced pre-installed BTC.com bitcoin wallets for its Honor phone series. HTC, the Taiwanese brand also recently released its Exodus smartphone, which holds a universal cryptocurrency wallet. Not only that, Sirin Labs has also launched its Finney smartphone, in honor of the early Bitcoin developer Hal Finney, which offers native crypto storage.

Overall, this partnership fulfills much of Samsung’s ambitions in the Blockchain Space. Whether it all pans out that way and the deal is confirmed remains to be seen but the signs are pointing in the right direction.