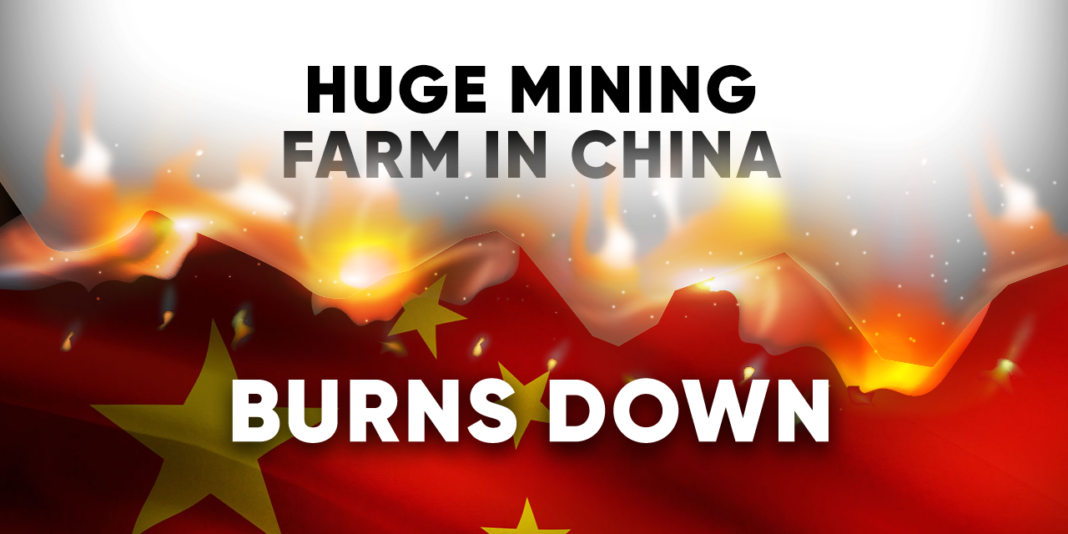 A mining farm in China has been videoed burning down, with the content being shared widely across social media.

According to reports, the farm pictured in the videos belongs to Innosilicon who have suffered potential losses of $10 million dollars as a result of the various damaged mining machines.

The fire took place on Monday, with various Twitter analysts and users sharing the video. Marshall Long was the first to share, with Dovey Wan also confirming the news and showing a longer video.

Although there are little details around the topic, some reports have suggested the fire was due to “faulty wiring and bad PSUs.” Another source claimed that the fire was pictured in Inner Mongolia.

The fallout from the fire

Much concrete reporting is difficult with the reported victims of the fire yet to send out a confirmation. The last announcement from Innosilicon made no mention of the fire, just confirming that their Grin G32 mining rig shipments were delayed because of “a shortage at the foundry.”

Some have suggested that the fire may have caused a change in price for Bitcoin. The fire apparently was the reason for a fall in hash rate, which saw Bitcoin’s price rise $500 US in the past day.

Whatever the case may be, it is clearly a huge loss. This is not the first time miners in China or overseas have been hit due to environmental factors. The floods in Sichuan saw many mining machines ruined.