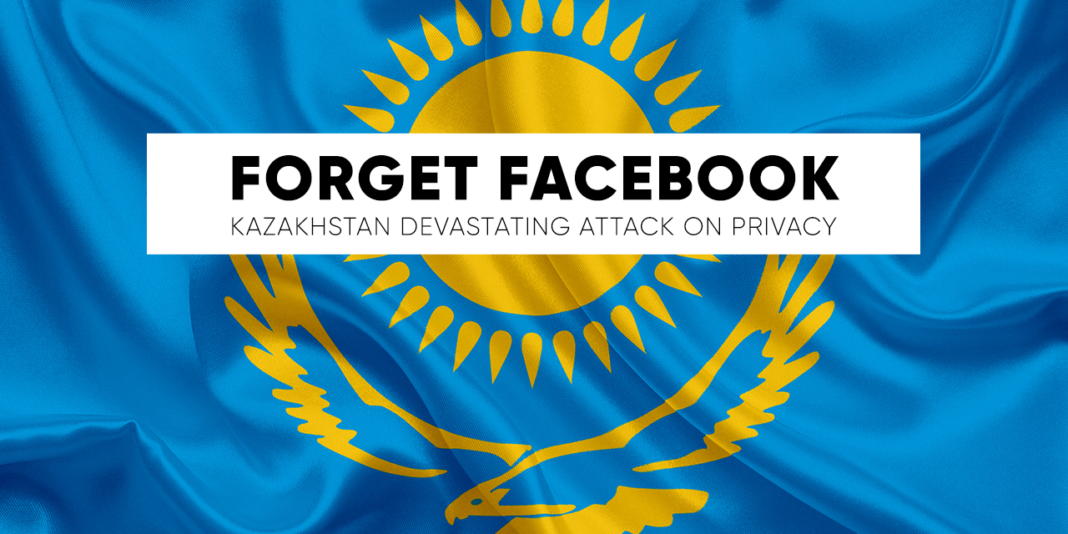 Authorities in Kazakhstan have taken the curious step of Intercepting HTTPS Internet Traffic of all citizens forcefully, which has proven a big attack on privacy but Blockchain may be the solution.

This interception advisory went out to all major local Internet Service Providers (ISPs). The directive is to the effect that the ISPs have to insist that customers install government-issued root certificates on their devices in order to regain access to Internet services.

Governments across the world obviously engage in varying lengths of surveillance on their citizens. This can be a problem even in supposedly democratic and transparent republics. Needless to say, autocratic countries are where the real danger is.

To go into more specifics the root certificate will either be a trusted certificate” or “national security certificate. Accordingly, the ISPs can intercept and monitor users’ encrypted HTTPS and TLS connections. This will make government surveillance and censorship really easy for Kazakhstan authorities.

Simply put, this government now has a “man in the middle” attack line on every resident of the country. As such, the county has effectively made security for millions a risk. Even hackers can now access private citizen information by simply infiltrating an ISP.

Moreover, hackers can replace Certificate files using MiTM attacks. This is simply because Cert files are available for download only over insecure HTTP connections. Users will, therefore, be at a disadvantage as they only browse non-HTTPS sites before installing the certificates. Ironically, instead of improving national security, the Kazakhstan government has made the cybersecurity of pretty much every citizen significantly worse.

This is obviously more draconian than many countries across the world. That said, the excuse of national security is a common thread for many state agencies to infiltrate the communication of citizens. The future of big data is, therefore, the defining issue of internet discourse going forward.

It is not just in terms of national States. The internet era has brought forth unprecedented connectivity to the world. To achieve this, most of the global population is having more and more personal information online. This means that internet brokers and data custodians have become immensely powerful.

The power of entities like Facebook is undoubtedly immense, even insurmountable to some extent considering its humongous, multi-billion user base. The concerns over the integrity and use of personal data have become one of the defining issues of this age. Inventions like the blockchain have therefore sprung up to decentralize the world’s computing power and could prove an important protection for people in Kazakhstan.

Given how reluctant governments and websites across the world are to relinquish control, blockchain solutions can offer remedies. This is because blockchain technology disrupts the traditional way of doing things. First of all, Blockchains are immutable. This is because the blockchain network does not rely on centralized servers.

Instead, nodes support a blockchain network. Nodes can be located anywhere in the world means that a centralized attack is impossible. This means that even governments that like to crack down on free speech will be left powerless.

Blockchain platforms can present decentralized solutions that store data and conduct efficient transactions. In the era of privacy concerns, such solutions can be very much a part of internet safety.

There is simply no question that such networks empower users even in the presence of extraordinary pressure. This is why many governments are keen to understand the blockchain and are not fans of cryptocurrency.  Accordingly, the battle for data privacy will continue to be high stakes for years to come.