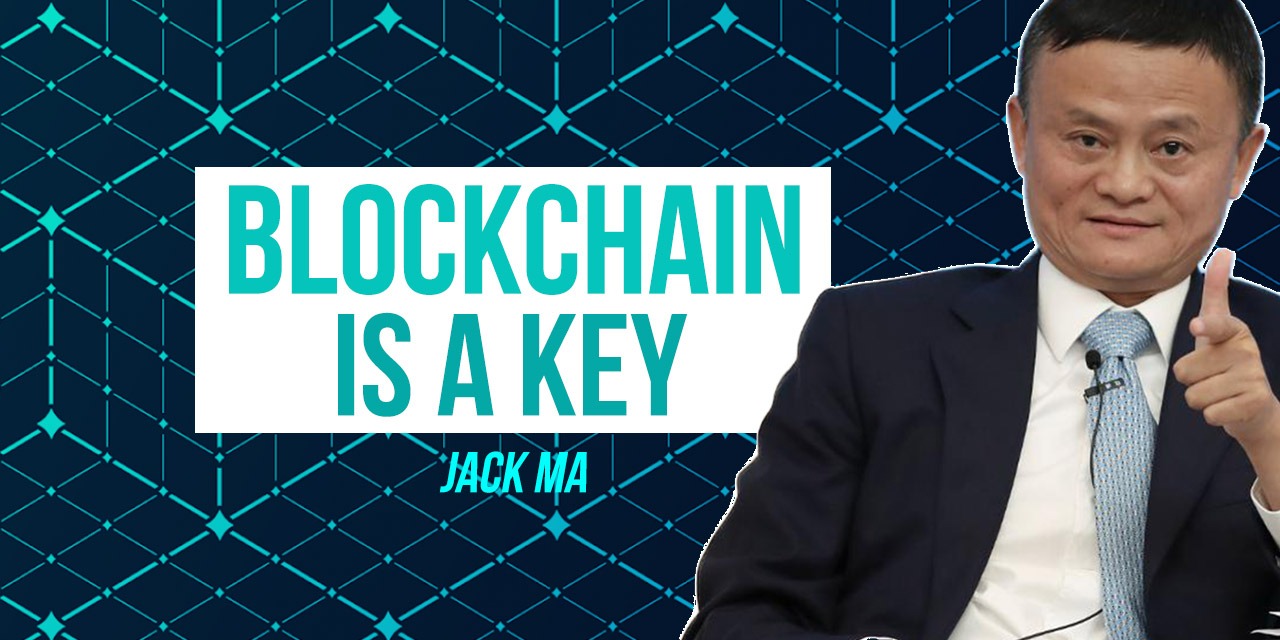 At the 20th Annual CAST (China Association of Science and Technology) event, Jack Ma once again discussed Bitcoin and blockchain. He said that maybe Bitcoin was a bubble, but blockchain is a key that opens a treasure of chest of effective new technological tools in the financial sector.

This wasn’t the first time Ma had discussed Bitcoin. Early in 2017 during a public event, he was answering a question from a Bitcoin enthusiast:

“When it comes to Bitcoin, I’m not so interested in it myself. What I want to know is, what can Bitcoin bring to society? After some thought, I myself think that the technology behind Bitcoin is tremendous, so at Alibaba and Alipay we are using it to help build our roadmap to a truly cashless society.”

In many of the blue-chip Internet companies. Jack Ma is not the only one who doesn’t think much of Bitcoin itself. Tencent’s Pony Ma is also a critic, preferring Tencent’s internal digital currency – Q Coin, which are an established and trusted form of digital currency. Like his Alibaba counterpart, though, he does recognize the potential and ingenuity of blockchain technology.

Apart from these two, JD’s Richard Liu (Liu Qiangdong) has been quite direct on the subject of Bitcoin – “I’ve never invested in Bitcoin or any other similar product or share.” He says he’s actually quite opposed to these things, preferring to do business in a more traditional and straight-forward fashion.

It’s relatively easy to understand Chinese ballers’ position, as their businesses are strongly connected with the Chinese government. The officials have banned all the crypto activities at the end of 2017, in order to prevent people from investing in the ICO frauds, that became very popular in China during Bitcoin’s flying price period.

It’s not even just the big Chinese players who’ve turned their noses up at Bitcoin. Even some of the international players have refused to play ball with Bitcoin. For example, the great champion of Value Investing, Warren Buffet, has warned that digital currencies don’t have a good future.

Back when Bitcoin was just breaking the $100 barrier, Buffet publicly stated that Bitcoin was rat poison and that people should stay away from it.

In May of 2018, during a shareholders meeting of Berkshire Hathaway, a reporter from Fox News asked Buffet if his opinion on the cryptocurrency had changed now that it had moved on from breaking the $100 barrier up to the more astronomical $9000 barrier. Buffet’s response? “Bitcoin right now is simply rat poison ‘squared’” – double the danger.

Back in 2014, noted billionaire Bill Gates was being interviewed and stated that he thought Bitcoin was better than currency, and the reason it excited people was how low it could bring transactional costs. In 2015 he proclaimed that people needed the Bitcoin revolution. But years later, his attitude had changed as he claimed that Bitcoin was no longer a good representative of the cryptocurrency sector. He pointed out that using Bitcoin wasn’t like using a credit card where you could always have a name and user attached to each transaction. The potential for illegal and darker activity was too great.

Last year, Gates was quoted as saying, “If it was possible, I’d short Bitcoin now.”

The story so far sees many tech titans coming out against Bitcoin, which has contributed a lot to the general feeling of disapproval of the cryptocurrency. Toward the underlying blockchain technology, however, there is much greater feeling.