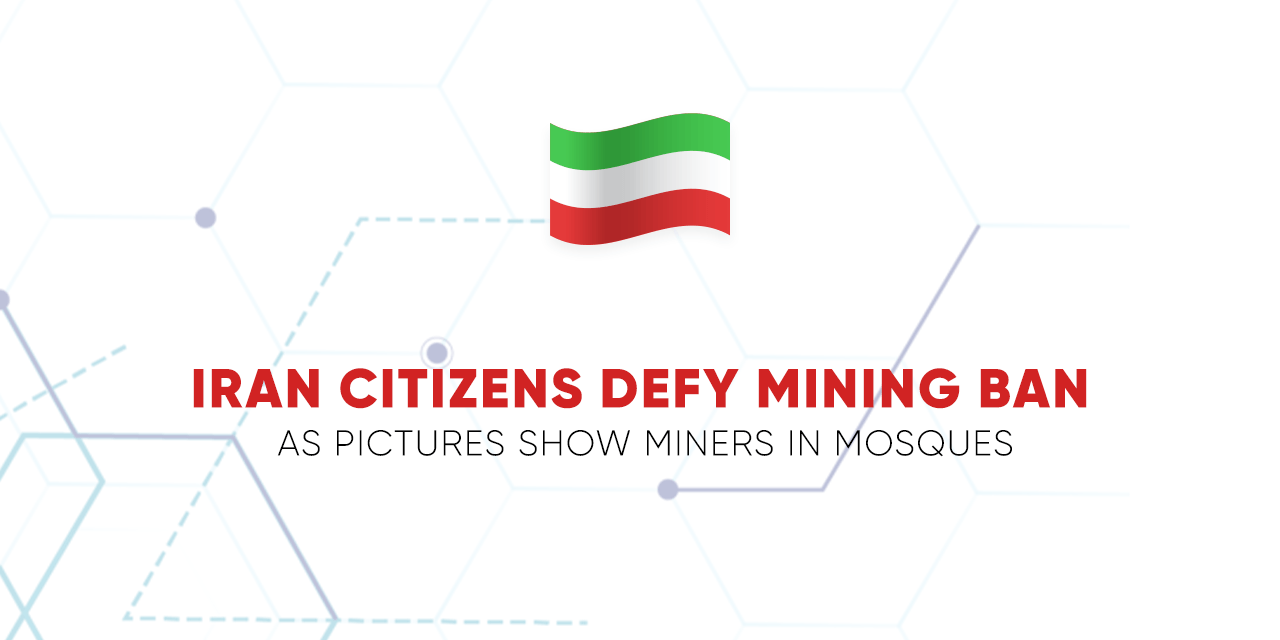 Tavanir, the Iranian energy grid company has sent out a warning to all illegal bitcoin mining operators in the country. The company has threatened to cut off the power that the miners depend due to an unusually high energy expenditure from the grid.

However, after the Tavanir announcement, photos of mining rigs set up in a mosque began to circulate on social media. Twitter user Rmahdavii praised the set up saying, “You’re Bitcoin mosque Qali-Allah.”

Mostafa Rajabi Mashhad, the Tavanir spokesperson, informed the media that there had been a 7 percent spike in electric energy usage. Speaking on the issue on June 25, Mashhad, blamed the increased use on the presence of illegal BTC mining machines. Reports from Iranian media say that in the first week of June, revenue-hungry miners decided to set up their operations in mosques and government buildings.

In retaliation, RadioFreeEurope reports that the Iranian authorities went on to seize at least 1,000 mining rigs set up in abandoned factories. An Energy Ministry spokesperson went on to say that, the mining operations were destabilizing the nations’ power grid.

Consequently, electrical access for commercial and residential setups was getting adversely affected. In addition, the spokesperson reiterated that the crackdown on illegal crypto mining would continue.

Iran to officially recognize crypto mining as an industry?

The Iranian authorities have, nonetheless, set in motion events that will lead to the official recognition of crypto mining as an industry. The Iranian Central Bank is drafting a policy framework that should be ready shortly.

Abolhassan Firouzabadi, the country’s secretary of Iran’s Supreme Council of Cyberspace, says that crypto mining has “been accepted as an industry in the government and all related organizations.”

He further added that the use of crypto will smoothen trade between Tehran and its trade partners. Iran has been under a lot of economic duress from the US both in the past and in the present. The U.S. has decided to renew sanctions against the country after an unmanned U.S. drone was downed by Iranian forces. The economic pressure has pushed the masses towards bitcoin and gold investing for their store of value characteristics.

In August last year, the Iranian Senate Electricity Standing Committee made a promise to mosques that they would maintain the providence of free power. The committee, however, asked the leaders, in turn, to declare a fatwa on the pilferage of electricity from their premises.

Homayoun Haeri from the Energy Ministry claims that the process of mining one token utilizes enough energy to run 24 homes for a year. Likewise, in a 2018 study, Iranian energy experts say that the cost of mining one Bitcoin equals the production of 107 barrels of oil. This translates to 15,000 cubic meters of natural gas.

There is a reason, nevertheless, why the western Asian nation has a crypto mining problem. Iran is home to some of the cheapest electricity tariffs in the world. The authorities have allocated billions of dollars in energy subsidies to bolster development. Chinese miners have also traveled to Iran to mine there due to the prices.

Besides summer, when the energy grid is overtaxed, electrical charges are very low for the rest of the year. Apparently, industrial grade power costs as low $0.01 kW/hr. At times, these costs can sink as low as $0.006 per kilowatt per hour. The perfect price for miners.