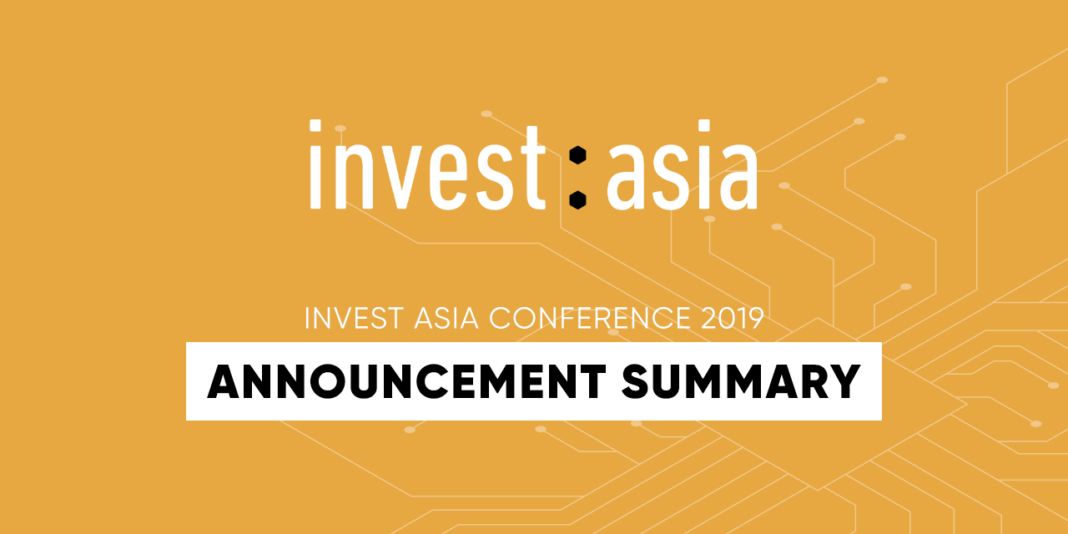 Coindesk’s Invest Asia Conference concluded this week and the two-day event which went from September 11-12th has seen some big announcements.

Hosted in Singapore, the event promised to be, “an exploration of the people and topics driving” the Asian market. The event would also introduce new ideas and projects into the Asian market. It is safe to say that Coindesk’s event did not disappoint. Here is a rundown of the key announcements and moments:

Bobby Lee, the man behind China’s first crypto exchange has announced his intention to return to the industry with a new wallet. Called Ballet, the credit card-sized product made from steel will be a cold wallet that accepts Bitcoin and fourteen AltCoins with another eighteen to be added. It has already reached it Beta program with people about to be signed up.

The Marshall Islands in the Pacific plans to launch its very own government-backed cryptocurrency. The token, called the Marshallese sovereign (SOV), will be introduced via a pre-sale open to the public around the world on the SOV Development Foundation website. However, nothing is official as of yet due to regulatory concerns and some other hurdles that needed to be crossed. It is expected to be available to the public in 18 to 24 months. The US government and the International Monetary fund group have voiced concerns.

Binance announced that their US dollar-backed cryptocurrency, BUSD, is set to be listed and ready for trading next week. The coin made in partnership with Paxos Trust Company who recently got approval from the New York Department of Financial Services (NYDFS) for the token. The stable token will be the second foray by Binance into this market following the launch of Binance GBP (BGBP) in Jersey.

Legacy Trust is expanding its horizons it was announced. The trust and custody services provider will now have an independent company that deals with cryptocurrency custody solutions. The company will be called First Digital Trust and is set to be made a legal entity in Hong Kong by November. According to a Coindesk report, “Legacy Trust envisions the accumulation of $28 billion worth of digital assets in the custody of First Digital Trust within the first three years of its launch.”

Coinbase may create and IEO platform, according to their head of institutional sales in Asia, Kayvon Pirestani. The IEO platform is an “interesting opportunity” for Coinbase and may come about in the “next few months”. This move would mirror that of other exchanges who have gone down the IEO route. Binance, Huobi, and OkEx have all made their own versions in recent times.