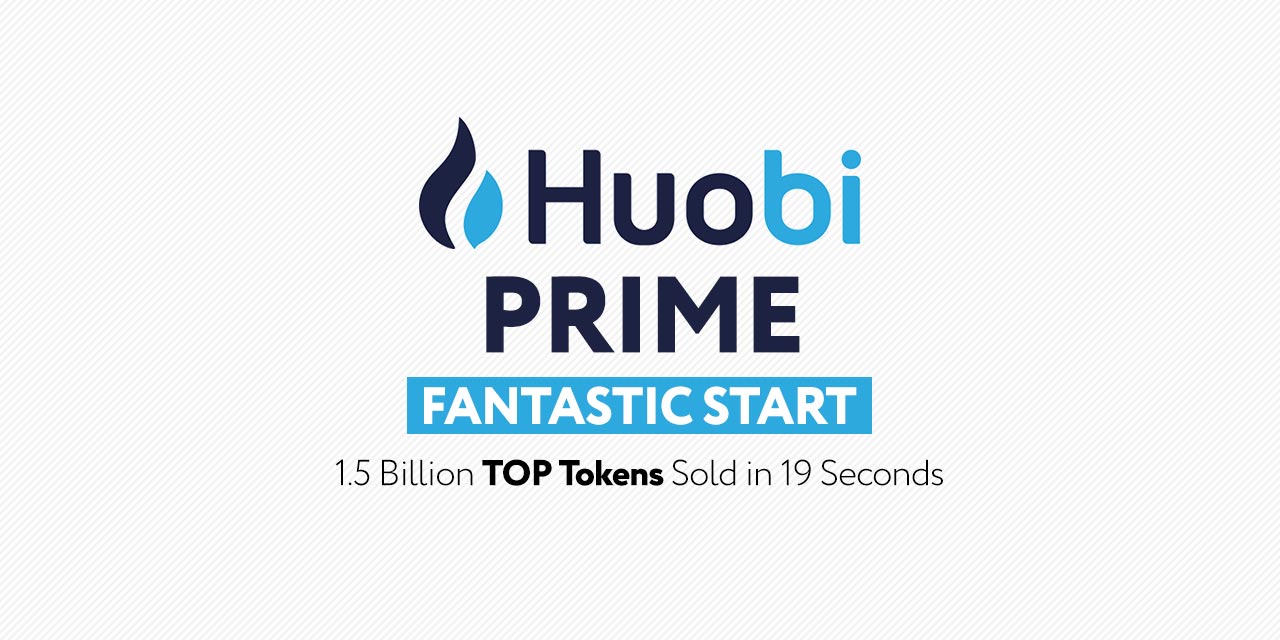 Huobi Prime has made an amazing start to life as their first initial exchange offering (IEO), with the 1.5 billion Top Network (TOP) tokens on offer, selling out within just 19 seconds.

Each token launch on Huobi Prime involves three rounds of coin offerings, each lasting 30 minutes. Although the price will be capped, this cap will rise as time goes on.

In a press release, Huobi said that Huobi Prime’s inaugural launch “was met with enormous demand, with 3,764 users buying 1.5 billion TOP Tokens using Huobi Token (HT).” They added that TOP tokens, “sold out for all three rounds of trading, with the first round selling out of available tokens in 7 seconds, the second round in 5 seconds, and the third in 7 seconds” Therefore overall the whole process took just 19 seconds. .

The news has surprised many even, Ross Zhang, Head of Marketing for Huobi Group, seemed to be, saying:

“While we knew Huobi Prime’s inaugural launch of TOP would be popular, even we were amazed by the overwhelming response. We were thrilled to hold our opening launch with our great partners at TOP Network and we are humbled and honoured by how many people wanted to take part.”

Due to the crazy demand, sadly, only about 3% of the 130k participants were able to purchase TOP. Zhang raised his concerns and reassured those who missed out that Huobi prime would be improved for future launches:

“We hear your concerns and we’re already working on ways to address them. Our goal remains making Huobi Prime the premier place to access premium coins for the broader crypto community, not just the few.”

This is a great moment for Huobi, but still people are unsure where to place the platform, is it just Huobi’s version of Binance’s Launchpad. The company have looked to clarify this in a press release shared with CryptoGlobe, which referred to Huobi Prime as “a Direct Premium Offering (DPO) platform,” and said that it offered a number of advantages over its rivals. Huobi announced the second project to launch on Huobi Prime “is scheduled to launch on April 16 (GMT+8)”.