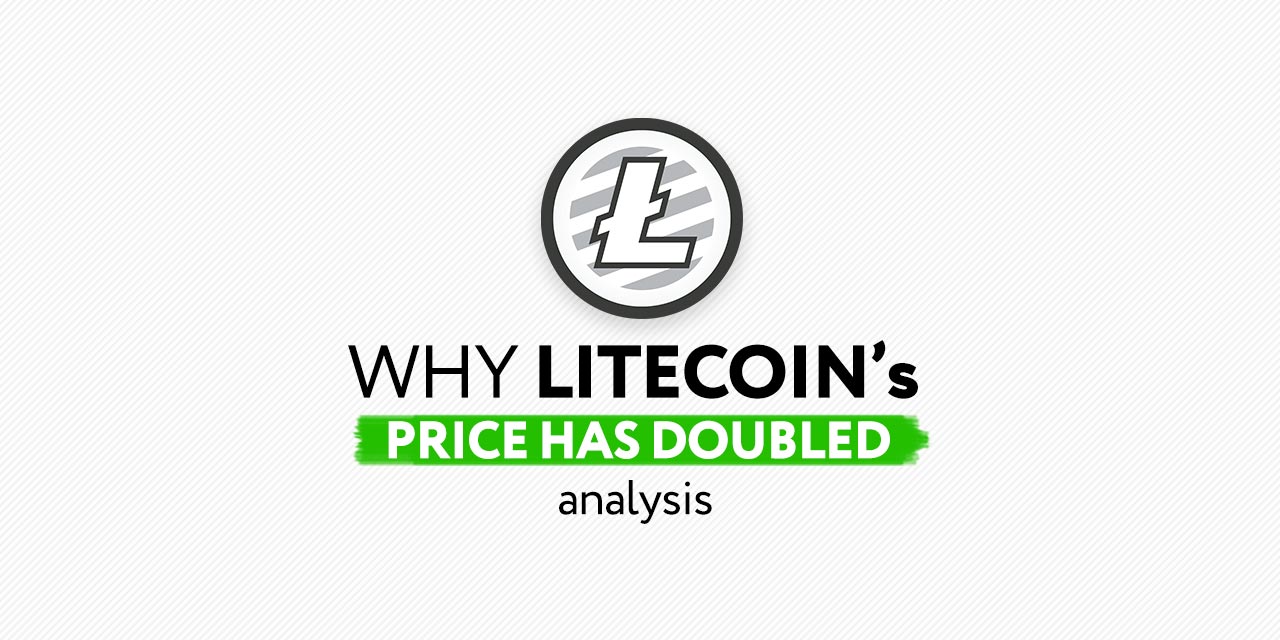 Litecoin has been somewhat the dark horse of 2019, not quite getting the plaudits of new tokens like Grin and the appraisals of Binance’s BNB. However, this seems quite perverse as when the cold facts and figures are laid bare, it is clear that Litecoin is the coin of 2019.

Since the turn of the year, Litecoin has rallied more than 100%, climbing from $30.35 on January 1 to $62.77 on March 17, as CoinMarketCap data illustrates. So how has this meteoric rise come about? Traders and bloggers, SFOX.com released a report on the coin this week and attempted to explain it.

Litecoin is a coin for real life application. The token hopes to transverse borders in peer to peer electronic cash and it success lies in its ability to hit these features and do them well. As SFOX puts it, the price rise can be explained simply at least in the short term:

“any change that allows LTC to better function as frictionless, borderless, peer-to-peer electronic cash has the potential to theoretically improve its price.”

Therefore, the different ways they have increased the fundamental structure of the buisness holds the key to explaining their huge jump in price. SFOX identified five different factors that have played into this:

From the first man buying pizza with Bitcoin, to now with Litecoin and others, real life usage of cryptocurrencies has always been an important hurdle. The everyday usage is something Litecoin has been striding toward. Recently, Litecoin has seen some impressive gains in terms of merchants that accept the coin. Without a doubt the highlight of this factors strength is LTC’s partnership with Spend, announced on February 13th, increased the number of locations LTC can be spent by to around 40 million global merchant
h

Peer to peer digital cash that Bitcoin and other cryptos use was first created to circumvent the costly transaction fees that occur through traditional methods of exchange. With Western Union and others bleeding try customers, sometimes charging up to 105, Litecoin has taken a vastly different approach, making headlines for a $62 million USD transaction processed for a $0.50 fee.

“We saw this factor rear its head in February 2019 amidst expectations of Litecoin Core 0.17.1’s release (the beta of which just launched on March 9, 2019): this release was expected to reduce Litecoin’s transaction fees by 10x, so news that the release was imminent may have contributed to the climb in its price.”

Price and speed are the aims of the game for digital cash for full-scale adoption. Western Union and Visa are fast. This has prompted companies like the Lightning Network to pop up and Litecoin to partner with them to change the game.

With the rise of Grin and Beam, both privacy based coins on the Mimblewimble platform, the popularity of privacy is something that can not be missed. Litecoin saw this and much like with the Lightning Network, decided to join hands with Mimblewimble and this saw a spike in the market for them. The adding of privacy only adds to Litecoin’s utility and is of importance to the market.

Litecoin’s supply has lowered. This is down to Litecoin’s halving event, a little known entity which the token grapples with. explained it like this:

“every 840,000 blocks, the number of new LTC brought into circulation by each new block added to the blockchain is cut in half, until the total number of LTC to ever exist — 84,000,000 — are released. Halving events thereby reduce the rate at which new LTC are added to the supply ”

This leads us into the basic business slogan- supply and demand. When the supply is low, then the demand is higher for the coin. Partner that in with the previous factors mentioned and it is clear that this has propelled the surge in demand and price for Litecoin.

There you have an explanation for the current success of Litecoin, but what about the future? SFOX said that the token has come a long way since its launch and that if it sticks to the fundamental factors listed above, there is no reason it can’t continue its upward curve:

“With a clear leader driving the project forward, it seems as if Litecoin is well-poised to execute changes designed to further improve those fundamentals.”

Josiah Hernandez, chief investment officer of Satoshi Capital, has looked to quell the hype surrounding Litecoin though. In an interview with Forbes he said, the recent price rally is “largely speculative” and likely driven by “anticipation of an approaching cyclical Bitcoin bull market and Litecoin’s mining reward halving in five months.”

What do you think? Let us know in the comments below!