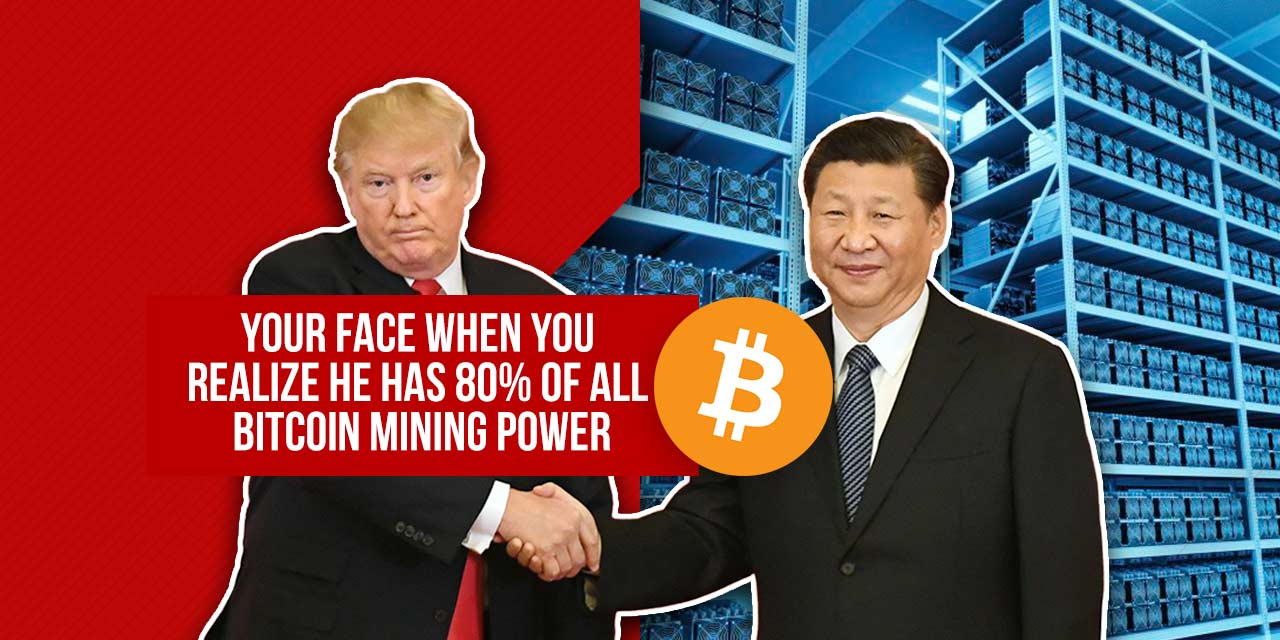 With all the recent news about the arrest of Huawei CFO Meng Wanchou and whether it was an attack by Trump on the escalating trade war between the US and China, one can’t help but think of an interview by Cory Johnson two months ago. He said that “the White House in particular seems to be thinking about what it means to have 80% of Bitcoin mining taking place in China and a majority of ether mining taking place in China”.

Coincidentally, or not, founding partner of crypto fund DHVC Zhang Shoucheng’s death also happened around this time. And whether there were any malicious intents behind it or not is still up for debate around many Chinese internet circles.

China Bitcoin Dominance and XRP as an Alternative

China has long been the dominating force in Bitcoin mining. They produce a majority of the world’s ASICs miners, specialized machines designed for the purpose of mining Bitcoin. Coupled with their access to cheap electricity, Chinese mining pools control more than 70% of the Bitcoin network’s collective hash rate.

Donald Trump appears to be intent on doing anything to curb China’s rising influence and crypto is no exception. As more and more traditional businesses and companies get into crypto and blockchain, you can bet that the US government will not sit idly by. Signs show that the White House is worrying about China’s Bitcoin dominance and there is interest in ripple (XRP) adoption to counteract China’s Bitcoin monopoly.

“When you look at XRP, there is no mining, so from a foreign-control aspect or from an environmental aspect, XRP is a very different beast. And in conversations we’ve had with the administration, they seem to get that and think that might matter.”

Lots of people are intrigued by ripple and the practicality of XRP. Ripple Labs have been working with many of the world’s biggest banks and financial service companies to bring the benefits of cryptocurrency, such as speed and efficiency, to the rather archaic and cumbersome legacy financial systems.

With the bold move made by Trump in arresting Huawei CFO Meng Wanchou, it seems as if all gloves are off. Both countries will continue to find ways to one up each other as a show of power. The US rarely will arrest senior businesspeople, whether US or foreign, for alleged crimes committed by their companies. Such a move is almost like a US declaration of war on China’s business community.

It seems like only a matter of time until Trump turns his eye onto crypto, and XRP is poised to step in and fill the void.