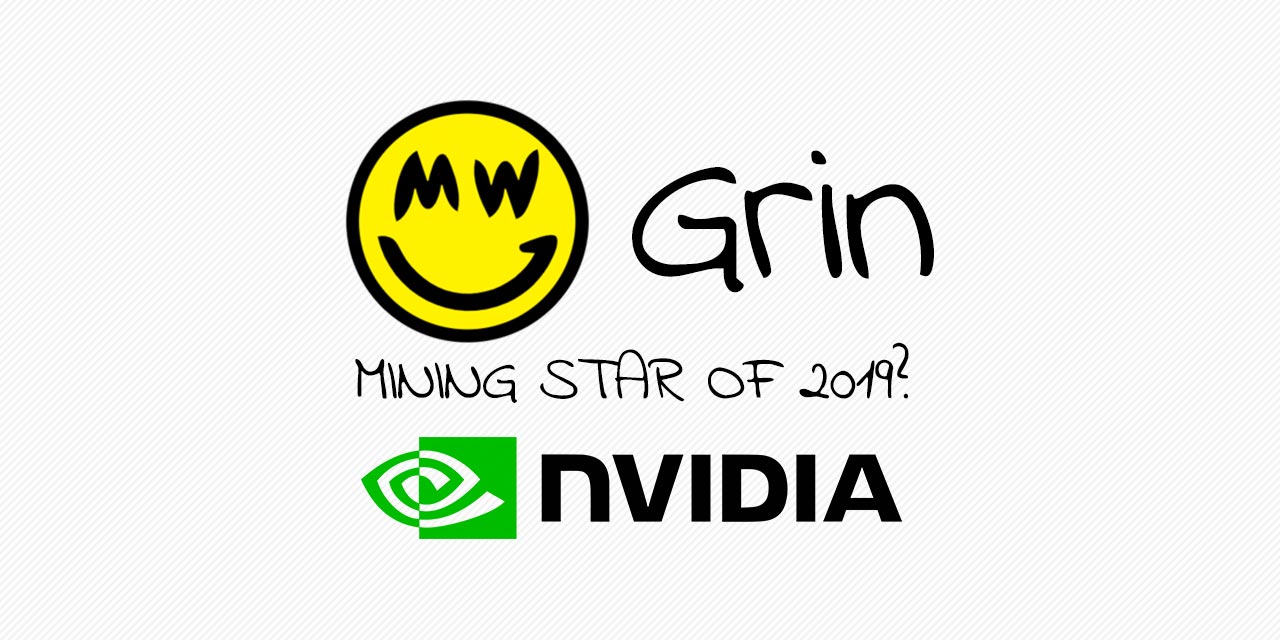 Grin has been doing things differently. From its privacy basis to its community driven approach to the running of the business, the token on the Mimblewimble project alongside Beam, have got a lot of rightful attention.

What is clear is that Grin does not go with the status quo and this is seen no more so than the path taken with regards to mining. Grin, unlike Bitcoin and other major coins can be mined at your personal computer not on large ASIC mining machines. All you need to do is create a mining machine equipped with NVIDIA 1080Ti graphics card and you could dig an average of 1 per day when the main network of Grin was on the line.

How to Mine Grin?

Grin mining is actually fairly complexed. Currently, Grin has two proof of work (PoW) algorithms which are designed to be memory latency-bound and not compute-bound like the SHA256 hash function used to mine Bitcoin.

According to cryptoglobe, “There are two initial “Cuckoo Cycle” PoW algorithms used by Grin. One has been designated “AR” or ASIC-Resistant, the other “AF” or ASIC-Friendly. The confusion in Grin mining lies in the fact that both can be mined on GPUs right now – and only GPUs, the ASICs haven’t been manufactured yet.”

With Ethereum, which was once the coin for graphics card owners, now having rather sidelined these lower level miners following the Ethereum Constantinople update, Grin it seems has taken the mantle as the go-to token for those unable to compete with the changes.

According to Shen Yu, F2 Pool founder, Grin has a lot to offer NVIDIA miners:

“The daily output is hundreds of thousands of dollars, almost one-fifth to one-fourth of the output of the Ethereum. Therefore, the miners are highly motivated, especially the N-card miners.”

Although they may not have the price to match Ethereum, the partnership with Cudo is opening themselves up. Asia Crypto Today reported on the story previously, after Cudo Miner launched its GUI mining software for Grin, which it says will bring Grin mining “to the masses.”

In the future they look set for the ASIC mining route too though. A Chinese company from Hangzhou, called VIDTOO, announced on Twitter that its Grin ASIC mining project has started pre-sales and will be available as early as this summer. The mine is more than 50 times more powerful than current GPU mines. The energy consumption is low, and the electricity bill only accounts for 1% of the mining business income.

8BTC interviewed VIDTOO CEO Thomas. According to him, VIDTOO will release detailed mine specification data in April, and will be listed as early as June.

“There is no public offering yet, and it will be based on market conditions. Determining the official release time and price will undoubtedly be the fastest and most cost-effective ASIC miner on the market.” Thomas said, “G1 will bring significant user growth to Grin, and the growth of computing power will benefit in the long run. The healthy and sustainable development of the currency price.”

Currently, the daily production of Grin has reached 20% to 25% of Ethereum and that is without the huge mining companies like Bitmain or others attempting to use their ASIC mining machines. Now with the ASIC being used for Grin, alongside the NVIDIA supported way, it could propel the company forward. Tokengazer CEO, Fan Hongda, sees Grin breaking into the top 40 and become a profitable coin to mine by the end of the year. Perhaps Grin could be the rising star of 2019.