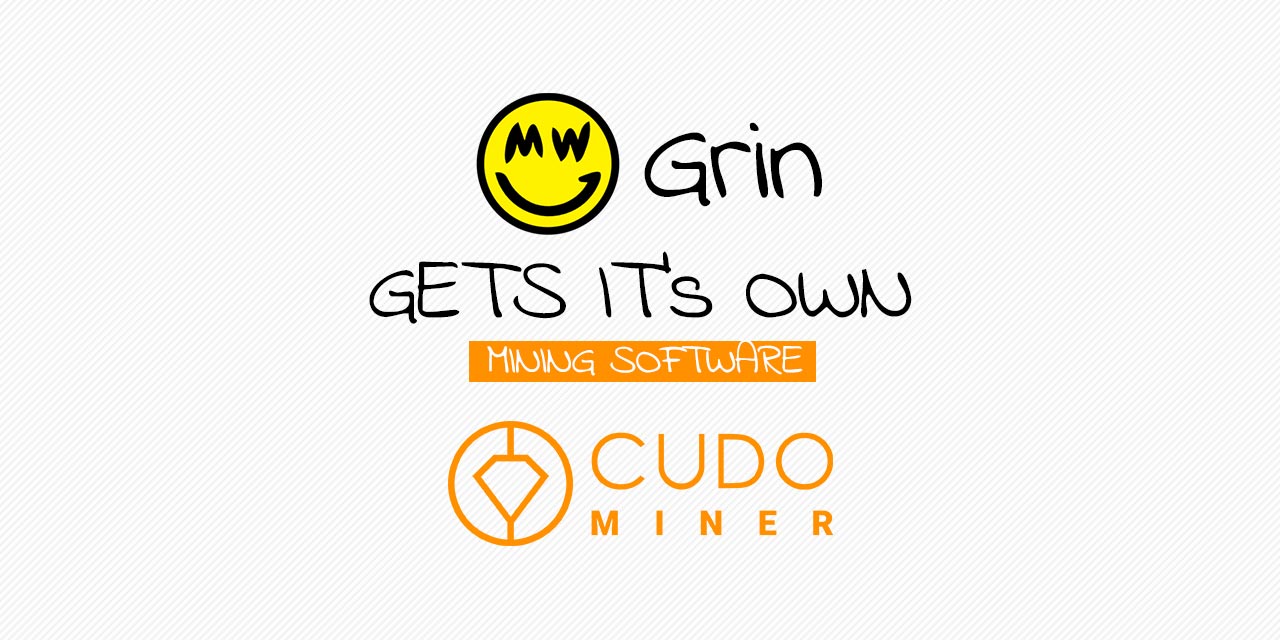 Grin, the privacy-centered and – of the MimbleWimble blockchain has often been cited as Bitcoin 2.0 and of the new generation of coins that could surpass the previous generation.

Yet if there was one flaw to this plan it is the difficulty with the coin to mine. This is where the Cudo miner comes in. The company has just launched its GUI mining software for Grin, which it says will bring Grin mining “to the masses.”

Currently, Grin has two proof of work (PoW) algorithms which are designed to be memory latency-bound and not compute-bound like the SHA256 hash function used to mine Bitcoin.

According to Cryptoglobe, “There are two initial “Cuckoo Cycle” PoW algorithms used by Grin. One has been designated “AR” or ASIC-Resistant, the other “AF” or ASIC-Friendly. The confusion in Grin mining lies in the fact that both can be mined on GPUs right now – and only GPUs, the ASICs haven’t been manufactured yet.”

Yet both of these cuckoos PoW algorithms have issues. Cuckaroo29 uses less RAM but has a limited lifespan. Cuckaroo31 is meant to be compatible with ASICs in the long run but now can only be mined on high-specification graphics cards because of its high memory requirements and this is expensive.

Overall though the current mining predicament is costly as well as confusing for many, so with this recent development from Cudo Miner, this could potentially change the situation. The new mining tool will hope to alleviate these problems and confusion.

This issue Cudo has hoped it has solved, Matt Hawkins, the Cudo Miner CEO, said:

“Our goal is to make it as simple and reliable as possible to mine Mimblewimble crypto currencies, so GPU miners can run their rigs and farms without sleepless nights, worrying about lost revenue and configuration.”