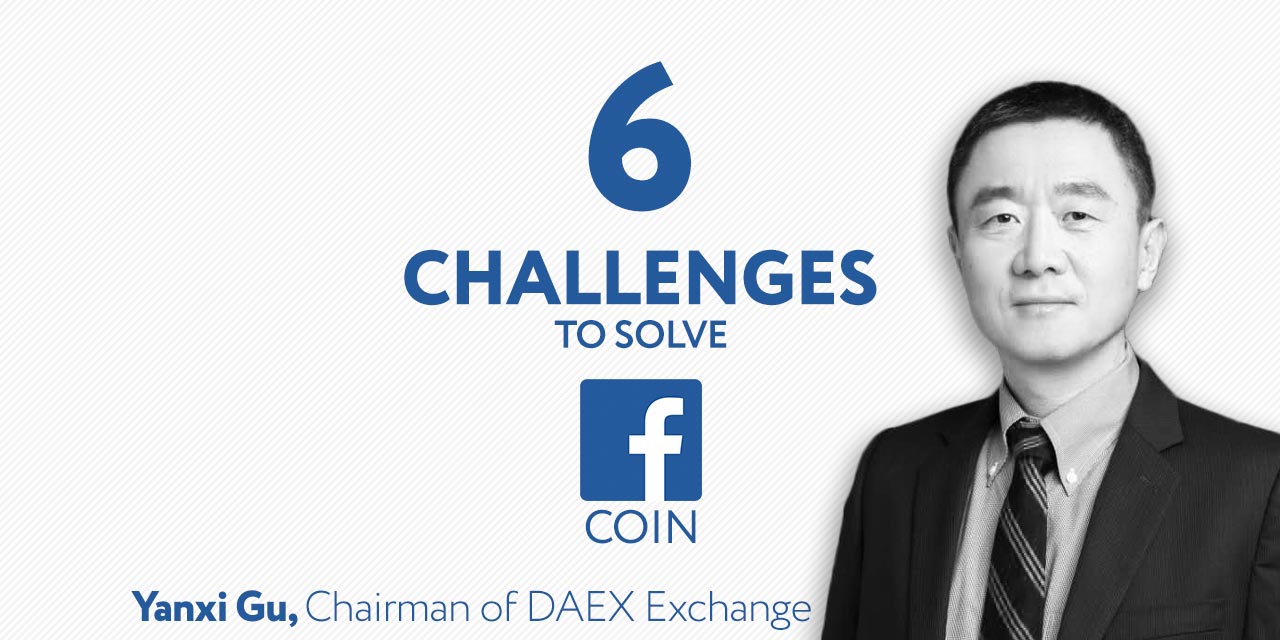 Gu Yanxi, chairman of DAEX the crypto coin and ecosystem has waded into the recent news reported by the New York Times that Facebook, the social media giant is planning to develop digital stability coins in an article for Chain News.

The idea on Facebbook’s side is that they cna cut into the remittance market, with large countries around the world recieving and sending money every day in a huge movement of cash, they belive a coin tethered to Whatsapp could be a new way for these transfers to occur. Nations like India are set to profit from these developements as Facebook looks to tap into its remittances, and witht $70 billion worth sent to India alone in 2017, according to the World Bank, it isnot hard to see why.

Howevr, Gu feels this is the wrong strategic decision.  He warned that:

“the financial industry’s various regulatory requirements, competition levels, entry thresholds and benefits are not as good as high-tech companies.”

Instead of going alone in creating their own coin, Facebook should instead cooperate with existing coins as this will allow them to be more cohesive and will make it easier for the customer. Instead, now they will have “enemies” in the crypto space and this could lead to being cast aside.

The criticisms contnued from Gu. Facebook’s scope is too broad he asserts, with so many factors at play and such a large audience to look after with Facebook having billions of customers.

“For the stable currency project, it involves a lot of content, including the choice of the underlying technology system, the generation mechanism, business model, channel selection and compliance considerations. There is a great risk in every aspect of it,” Gu says.

Perhaps they should start small and work their way up to avoid failure in the short term. He points to Apple’s original System 7 development, which he believes was a victim of this broad and unrealistic approach and feels Facebook is falling into a similar pattern.

Te creation of the coin was also highlighted as a stumbling block. There are two mechanisms for generating stable coins. One is based on asset collateral and the other is based on algorithms. Gu believes that Facebook will no doubt use the asset collateral, which is expensive and yields low prout margins overall. With this costly process, “it is difficult to mobilize other companies to participate in this stable currency business in the market.” However, if any company has the resources to do this it is a company like Facebook, but is the juice worth the squeeze?

The answer to this question for Gu is Facebook’s buisness model. If they do not focus solely on the stable coin and instead have a secondary buisness of trade and exchanges, then they will prosper due to their huge market. So Gu hopes, “think very clearly in this regard.” Not only that, Facebook must also make a clear decision around wether the coin is issued on a legal currency mortgage or other typoes of asset collateral. Both have strengths and weaknesses, with the decision crucial for Facebook’s future success.

However, Gu does not hold out much hope due to the development team of 50 that has been rumored to take over this side of the buisness. He says:

“In this era of community-based open source software development, it is ridiculous that Facebook still wants to use its own team of 50 people to develop a better solution than all the stable currency solutions available in the market.”

This among the other issues highlighted above could all prove the end for Facebook’s foray into the digital currency space and if these actions take place then according to Gu, “Facebook’s stable currency product will not succeed.” Time will tell if Gu’s warnings and predictions ring true and he gets to turn around a say “ I told you so.” Let’s hope Facebook has some plans up their sleeves to chan Gu’s mindset, but for now, it doesn’t look good.