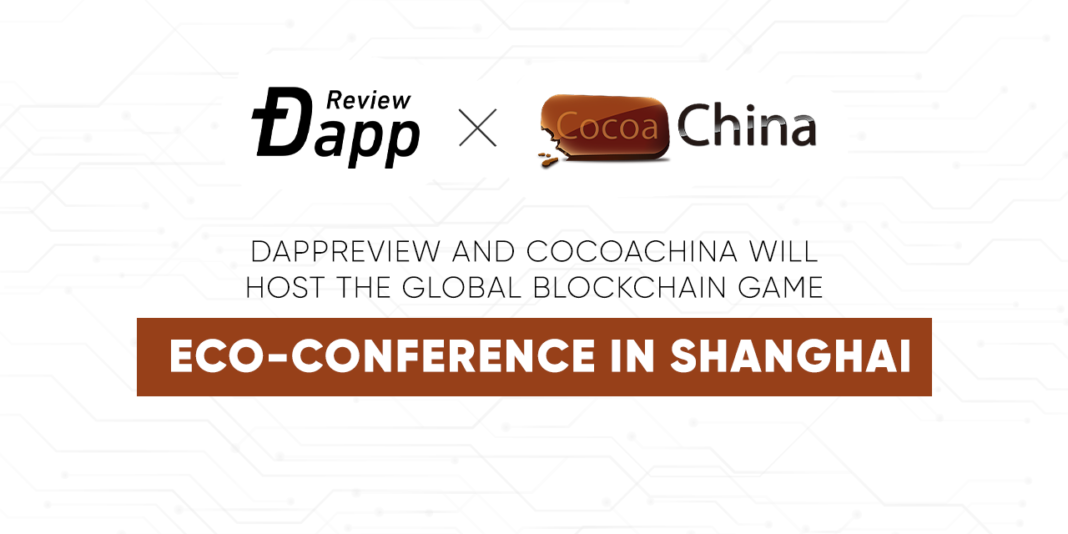 The conference promises to invite the world’s leading developers, public chains, wallets and other ecological parties and capitalists to jointly explore the potential of blockchain games. With the attendees and speakers yet to be announced.

Who are Dapp Review, Cocoa China and Cocos Blockchain?

Dapp Review is the world’s largest DApp eco-platform. With 10 main chains and more than 3,300 Dapps, it is clear to see why. The conference and the company’s previous work has been in finding interesting projects and helping developers better promote DApps. It is also trying to help blockchains reach large-scale applications.

Cocos- BCX is a blockchain for the next-generation game digital economy. It gives game development tools and is equipped with a better public chain ecosystem. On June 6 this year, Cocos-BCX officially announced the opening of the test version 1.0 “Gang Rinpoqi” public beta. On June 21, Cocos-BCX officially launched the first phase of the 210 million COCOS eco-incentive plan, which is expected to be oriented to the global team.

Dapp development is an important section of the blockchain space. With more and more blockchain-based games cropping up and being developed in the field. This upcoming conference next month could potentially be the start of even more developments.