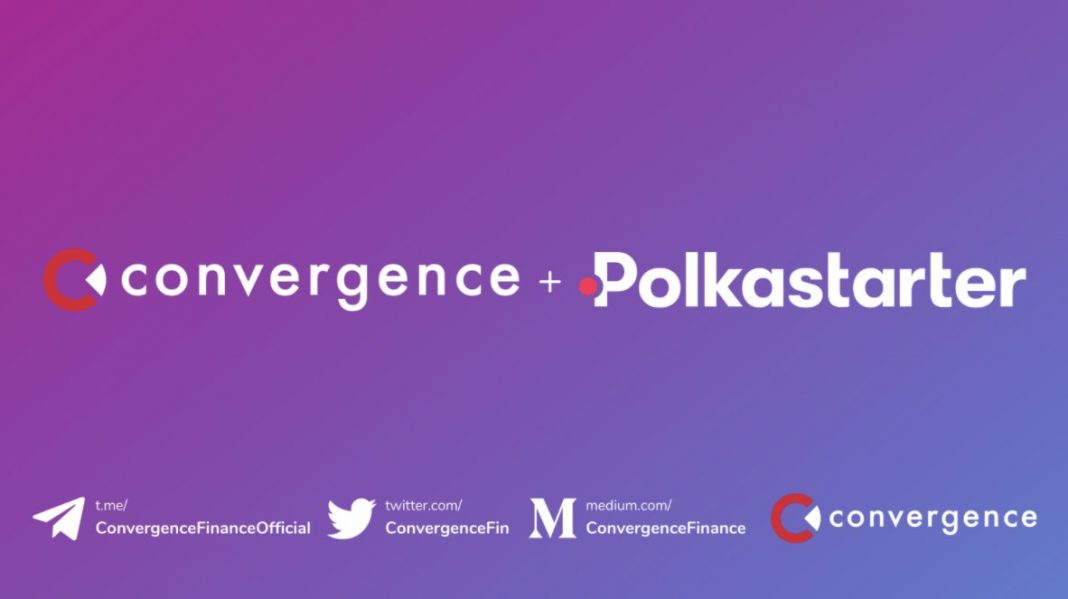 Convergence Finance has recently announced that they will be conducting their first public sale on Polkastarter soon. The actual date of the initial DEX offering (IDO) is yet to be revealed.

Polkastarter is a Polkadot-based decentralized exchange for cross-chain token sales and auctions. The platform was designed to enable projects to launch crowdfunding rounds on its whole ecosystem.

In Convergence Finance’s previous release, the company announced that they were able to raise as much as $2 million in their first strategic funding round led by Hashed and participated by NGC Ventures, Genesis Block, Alameda Research, Kenetic Capital, CMS Group, Paul Veradittakit of Pantera Capital, DuckDAO, Divergence Ventures, and Liang Xin Jun of Fosun Group.

According to the team, the proceeds of this funding round will be used to finance the ongoing development of the protocol’s testnet and mainnet. The initial coin offering might happen anytime before the end of March.

Now, in a recent announcement, Convergence Finance confirmed that they will be launching an IDO on Polkastarter. Polkastarter is known for its rigorous selection process on projects that wish to list their tokens on their exchange.

Convergence Finance is a DeFi project that aims to introduce liquidity to tokenized real world assets. It aims to be the first decentralized, interchangeable asset protocol in the space. It introduces a token wrapping module that mints blockchain counterparts for real world assets, also called Wrapped Security Tokens (WST).

According to the team behind Convergence, the protocol was designed to “converge the world” with the blockchain. The team’s mission is to address the absence of real world exposure in the growing DeFi market.

Convergence is designed to be decentralized. It features a community-based, autonomous governance organization, the ConvergenceDAO, where CONV token holders, its native utility token, can vote on important protocol decisions and other network proposals as may be deemed necessary.

And in terms of the exchange’s liquidity, Convergence aims to achieve this through the help of automated market makers (AMM). It will have its own liquidity pools, called “Convergence Pools,” to help facilitate asset exchange.

On the platform, users can participate in the popular yield farming and liquidity mining strategy by either making their own liquidity pools or holding funds on a particular WST.

There is still a lot of work left for the platform but they have already released their litepaper to give potential users a view of what they’re planning to do. This paper discusses the protocol design and other basic technical aspects that readers might be interested to know about.

Convergence Finance aims to establish a highly-liquid and decentralized exchange for tokenized securities. Whether it will fare competitively against other securities tokenization projects will remain a question until the project finally launches on mainnet.