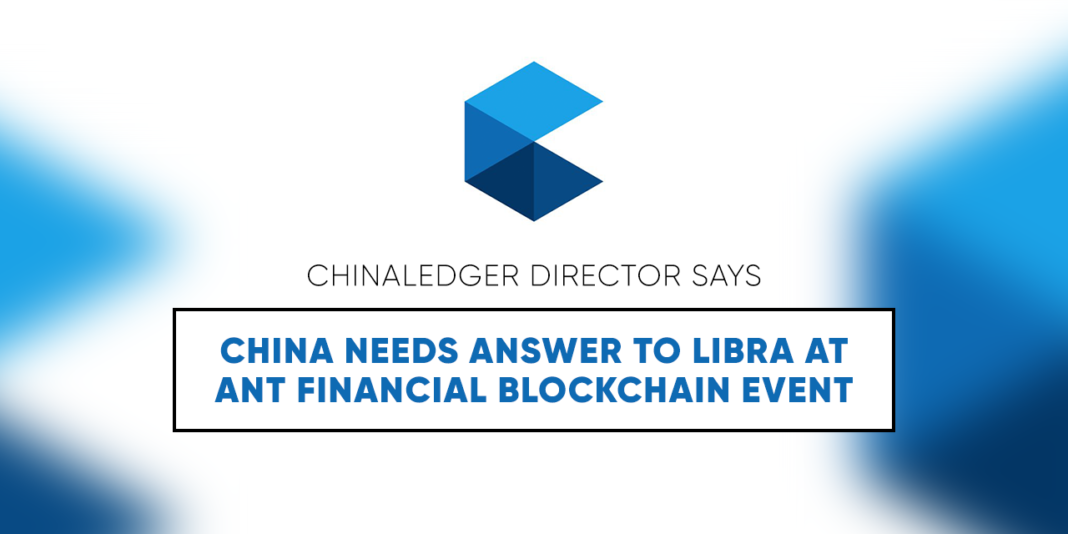 The ChinaLedger director and former chief engineer of the Shanghai Stock Exchange, Bai Shou, has called for China to create an independent answer to Facebook’s Libra in a speech at the “Ant Blockchain CHAINAGE Innovation Day “.

At the event in Hangzhou, Bai made the comments in a wide-ranging speech entitled, Libra and Global Industry Competition ”. The comments on Libra mirrored that of Huawei CEO and founder Ren Zhengfei, who made headlines when he said he believes China can beat Libra to launch a native crypto.

Bai was less optimistic in his speech, but claimed that China must be the ones to take the lead and that perhaps, “China is the only capable responder in the world.” The speech continued with recommendations for China in regards to Libra. Bai felt that China should ignore Libra and retreat away from it. His final point was that China must “establish an autonomous system that can compete with Libra.”

The analysis of Libra’s Chinese influence and effect did not stop there. Bai, the director of ChinaLedger, a non-profit organization committed to researching and understanding the latest developments in global blockchain technology, gave a lot of other comments about Libra.

China – Libra to cause an issue for Wechat and Alipay

Bai felt that in order for Libra to reach China and be accepted by the government was very unlikely and would certainly not accept it unconditionally, probably under the supervision. Yet, Bai’s most important points of consideration were the impact on Wechat and Alipay, China’s mobile payment giants.

The ChinaLedger director noted that China’s businesses had set the trend for mobile payment, but said that Libra could see them fall behind. Although Libra may not affect business in China, “If Libra gains momentum in the future, it will definitely impact Alibaba (parent company of Alipay) and Tencent’s (parent company of Wechat) international business”.

Previously, Asia Crypto Today reported on the possibility of Wechat and Alipay making their own native cryptocurrency in a similar fashion to Facebook. Yet, it found that this was rather unlikely and perhaps they were letting Facebook pave the way.

Libra still has issues to overcome

Despite the possible effect on Libra and speculation from Bai, he still noted that Libra had a number of hurdles to overcome for this to be a reality.

The first being the conversion rate of 2.7 billion Facebook users to Libra. This is because many of the countries that Facebook serves have strong central banks which will attempt to block the project. This could have effects on the true number of Libra users.

The second is that the banks will block it due to the lack of borders. This is an issue for banks due to concerns about the loss of coinage rights and worries about anti-money laundering.

The third point made is the difficulty of moving from licensing to non permitted, which was set out in the white paper. This process is difficult to do and could cause a major problem in the future.

It is clear that Facebook and Libra will have to walk a difficult path. The US Senate hearing and their grilling of Libra representative David Marcushas only illustrated the tough task ahead for Libra. The expectations for the project may have to be scaled back.

In the meantime, China and its blockchain businesses will be keen observers, watching and waiting to make their move. Bai and Zhengfai hope they don’t wait too long.