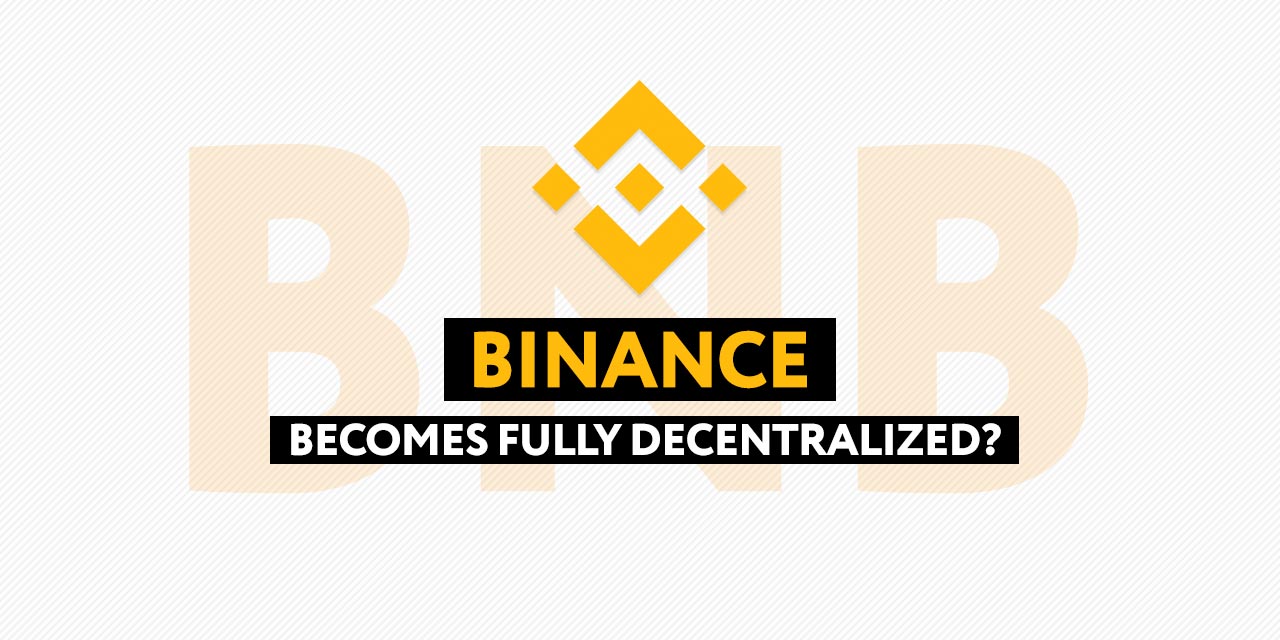 Crypto insiders and podcasters, Tushar Jain and Kyle Samani, managing partners of Austin-based crypto hedge fund Multicoin Capital, have reportedly said that Binance may become the first autonomous decentralised company in the future, as their focus appears to be pulling the company in that direction.

Speaking on the Unchained podcast, hosted by Laura Shin, the two crypto enthusiasts and self confessed Binance token (BNB) investors, Jain and Samani, made the big predictions on the business, with the latter claiming:

“Things like Binance Chain, the decentralized exchange (the DEX), that has very large implications for the future of the Binance team and employees; [Binance] Launchpad as a capital formation and fundraising platform. Look at Binance Research, look at the fiat exchanges, and everything they’re doing is in support of that mission, but doing so in a compliant way and to do it in a way that bridges the old world to the new world.”

Binance recently launched the Binance DEX network, that was a decentralised exchange.Shin believes this is a part of a greater strategy and went on to illustrate the path the company was set to take, with it trying to pull users along with its decentralised path. He said:

“Binance is very much trying to cannibalize their own business. That is the explicit goal here. And one of the ways they are encouraging people, both makers and takers, to move over to Binance Chain is by actually offering lower fees on the decentralized exchange than the centralized one. So there’s actually a fundamental economic motivation to move over.

Coupled with just general trade execution, it’s our expectation that Binance will solve the cold-start problem that has really plagued most decentralized exchanges historically.”

His co partner on the show Jain also added that Binance’s choices in terms of wallets and other ventures will no doubt make the decentralised path a fruitful one for Binance:

“In addition to that, they are also supporting hardware wallets from day one. So they’ve announced that Ledger will be supporting the Binance Chain and decentralized exchange from the day that Binance Chain is launched. They have also already seen implementations of Binance Chain through Trust Wallet, which is their Web 3 wallet that they acquired recently. And so I think that they will have much better tooling already available in order to attract volume to their decentralized exchange.”

The BNB token was widely commented on and praised for its recent large jump in the market, going from top 20 to seventh in the rankings and hitting $15 USD in the market. Asia Crypto Today reported on speculation it could overtake Ethereum. The success of BNB is down to the exchange and its importance to the inner workings of the Binance exchange and Launchpad. Jain said:

“The Binance token is an interesting hybrid of many different use cases….the number of BNB outstanding is decreasing, and this means that each and every BNB that you do hold has greater utility”

To listen to the full podcast, titled, “How Binance Could Become the First Decentralized Autonomous Corporation”, click here.