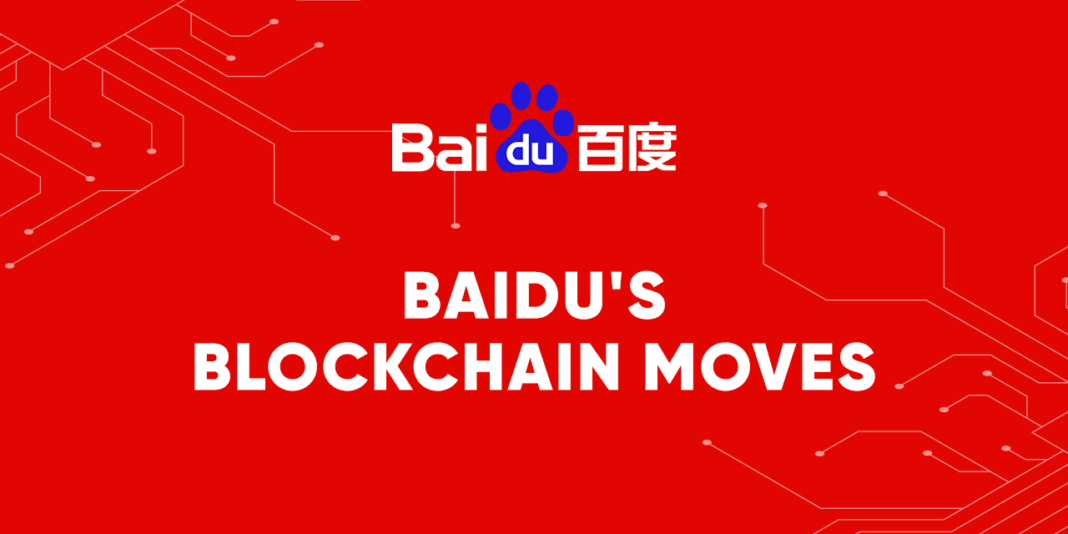 Chinese internet giant, Baidu is making moves into blockchain technology. This comes after the search engine company continues to diversify operations with shares drastically down from last year.

Baidu initially launched the blockchain open platform “BaaS” last year. Subsequently, the company developed a game and is also using blockchain capabilities to display Baidu encyclopedia. To achieve the latter, the company uses the version information signature of the entry is stored on the blockchain.  This plan is doing well and currently has 3.38 million users, with a block height of 41,598,999. In general, the total number of transactions is now over 400 million.

Later, the Baidu blockchain integrated support for Bitcoin and Ethereum developers. This added multi-parallel chain operations and hot-swap consensus algorithms. Accordingly, the “Baidu Blockchain Engine” or simply, BBE, is efficient for dApp developers in their operations. BBE is not only great for DApps but also data protection and security.

Sun Junyi, a senior R&D engineer at Baidu is responsible for the XuperChain (Superchain) open-source project is immensely proud of the progress. In an interview with the battalion commander, he expressed optimism that it will be fantastic for technology upgrades.

He claimed the blockchain will create a platform for independent research and development, high performance and modularity. Furthermore, the platform is excellent for Chinese developers specifically which is a goal of Baidu.

The network has further abstracted Bitcoin UTXO model to serve as a more general data resource for parallelized contract execution and validation.

China has a huge developer community. This is naturally down to a large population of young people keen on apps like WeChat. Ethereum EOS is an excellent blockchain but the Xuperchain is friendlier in the Chinese community and Chinese documentation.

Domestic benchmark applications like the Beijing Internet Court are proof of how the Superchain addresses specific Chinese market needs. The Xuperchain also has other applications.

These include: judicial deposit, smart government, smart medical, and product traceability. Indeed, blockchain electronic evidence is something very unique to the country.

Moreover, it can also serve medical big data needs and artificial intelligence. Naturally, blockchain is challenging to implement in certain sectors because it needs to work with existing technologies.

However, the possibilities far outweigh these because of blockchain immutability. Because of this, blockchain can make industries that use AI more efficient because of accurate data.

Developers will continue to contribute to the ecosystem because of the open-source nature. These possibilities can spark innovation in various sectors and solutions for many institutions. Developers can use what Sun calls pluggable consensus to serve their needs:

‘’We believe that there is no consensus that can solve all the problems. So we want to provide a mechanism for developers to choose a consensus algorithm based on their needs. This is what we call “pluggable consensus.”

In the grand scheme of things, Baidu is taking bold steps to have a blockchain footprint. Working with top developers, like CSDN developers in China, contributes to this effort.  The Baidu Superchain is, therefore, aiming to localize and maximize the efforts of Chinese developers.

If anything, Baidu can be at the forefront of blockchain innovation. At the same time, the company will ensure that developers don’t look to multinational or western platforms to develop apps. This way it can guarantee its position as one of China’s leading tech companies.