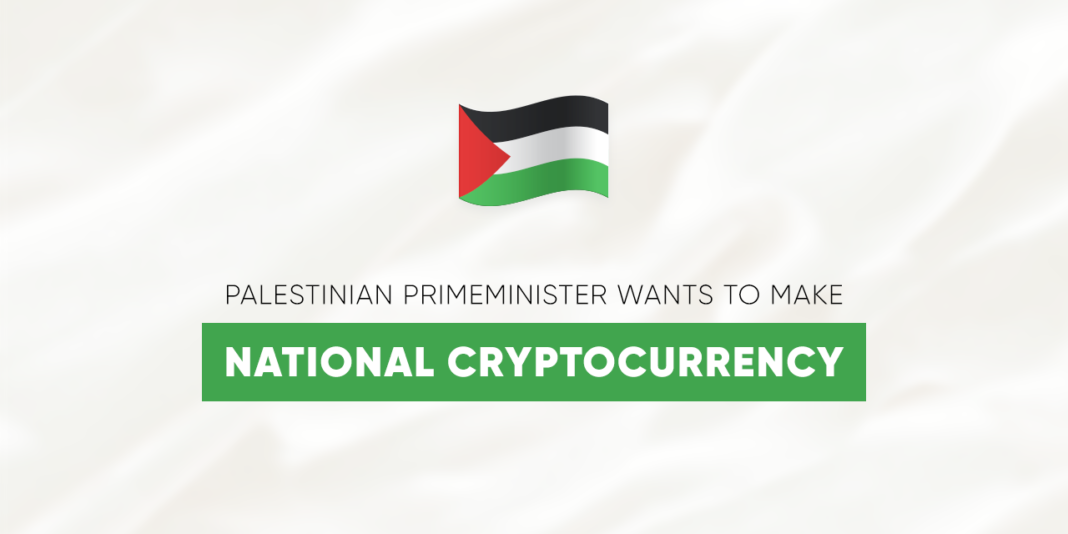 A Palestine national cryptocurrency has taken a boost as their Prime Minister, Mohammad Shtayyeh, has doubled down on his commitment to the project in his first interview following an election victory in April.

According to reports from local news, Shtayyeh made the comments on July 9 at the opening of the Palestine Center for Computer Emergency Response in Ramallah. This is not the first announcement of an intention for a national cryptocurrency. Back in 2017 the state’s monetary authority also reportedly flirted with this idea.

Why the move to a Palestine national cryptocurrency?

The Palestinian Prime Minister has come to this decision in order to bypass the reliance of the Israeli Shekel. Currently, the Palestine economy is based on this fiat currency and this is rather problematic.

The reason for this reliance is down to the Paris protocol signed in April 1994 by Israel and the Palestinian Liberation Organization which gave the Palestinian Monetary Authority powers of a central bank but not the ability to create their own currency. The Shekel is the, “means of payment for all purposes including official transactions.”

As Bakr Shtayyeh, an economic and social sciences professor at Najah University in Nablus, pointed out, the current situation means, “the Palestinian economy is not the currency but rather a complex economic and political reliance on Israel.”

It is this reliance that is a real issue for Palestine and its leader. In his interview with Palestine TV, Shtayyeh said, “the Palestinian economy has about 25 billion shekels circulating in the local economy, but we’re not forced to remain dependent on the shekel.” Shtayyeh hopes a national cryptocurrency appears to be a way out.

Not everyone is convinced

Although this idea may have a good future possibility for Palestine and the crypto community as a whole, many experts are unconvinced at the true impact it will have. The aforementioned Bakr Shtayyeh is one of those, stating:

“If Palestine has its own currency, will it be able to prevent Israel from withholding tax clearance funds or controlling crossings and the movement of exports and imports? Will Palestine be able to conclude direct commercial deals with neighboring countries without the imported or exported goods passing through Israeli commercial ports?”

These are all major issues for the Palestinian state who is not officially recognized by most nations in the world. The country has been in a political deadlock with the Israeli state with violence from both sides. Numerous UN resolutions broken by the Israeli state in terms of seizing land have also caused major problems, alongside terrorist attacks from Palestinian terror groups.

Not only that, but the reaction from Israel may be severe and prove a worthy deterrent. Bakr pointed to potential cyber-attacks, a discrediting internationally by the Israeli state and a potential ripping up of the Oslo agreement and Paris protocol as the main reasons for caution.

Although the cryptocurrency may not be feasible economically, Bakr Shtayyeh did concede that it could prove an important statement politically and give the impoverished Palestinians further tool for self progression.

Noureddine Abu al-Rab of the Arab American University in Jenin had a similar sentiment towards the national cryptocurrency’s benefits politically. He seemed to think it could be a PR tactic to twist Israel’s arm into more concessions. This is because “the Central Bank of Israel will lose the revenue it earns as a result of the current use of its national currency in the Palestinian markets.”

At the moment a successful move to a national cryptocurrency for Palestine is a long way away. Yet, it could be a possibility. Clearly, cryptocurrencies are a viable option for embattled nations, with Iran and Venezuela examples of this, as they attempt to evade US sanctions which have crippled them economically.