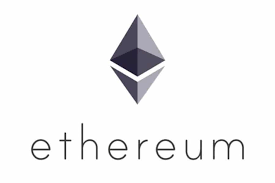 This cryptocurrency is a platform that is used to develop and use applications on a blockchain distribution. Set up by Vitalik Buterin, the token is one of the biggest in the industry.

Ethereum, is also often called a “world computer” as a result of its computing nature. It uses the network of different powerful computers connected together. It keeps the data on a network of computers, this can also be referred to as “nodes”. This means it is not a centralized network and has no one operating or directing it. Which is not applicable to the traditional way of storing data. There are an unlimited number of computers connected to the Ethereum blockchain.

The platform enables the building of decentralized and unrestricted applications (dapps). It does not require anyone to be operating it in order to keep storage of data, transfer of files and other things. Despite not being controlled by a particular individual, they don’t give room for downsizing, censored policies nor data fallibility. This is because the applications are monitored by “smart contract” which deals with computer codes.

It is often regarded as the ICO currency because it is used frequently for startup crowdfunding projects because of its features that enables the building of a personal cryptocurrency. Secondly, the already existing applications on Ethereum have voting aids, real estate sourcing and advertising, games connections to the social world, loans, exchange of money and lots more. In the coming years, more developing innovations will be introduced to solve larger problems like, markets and internet improvement to enhance performance in the business sector.

This innovation is a new idea that is constantly trying to develop other sources like NEM policies, which have been introduced into the market. Also, they are proffering solutions on their own end and creating dApps on blockchains.